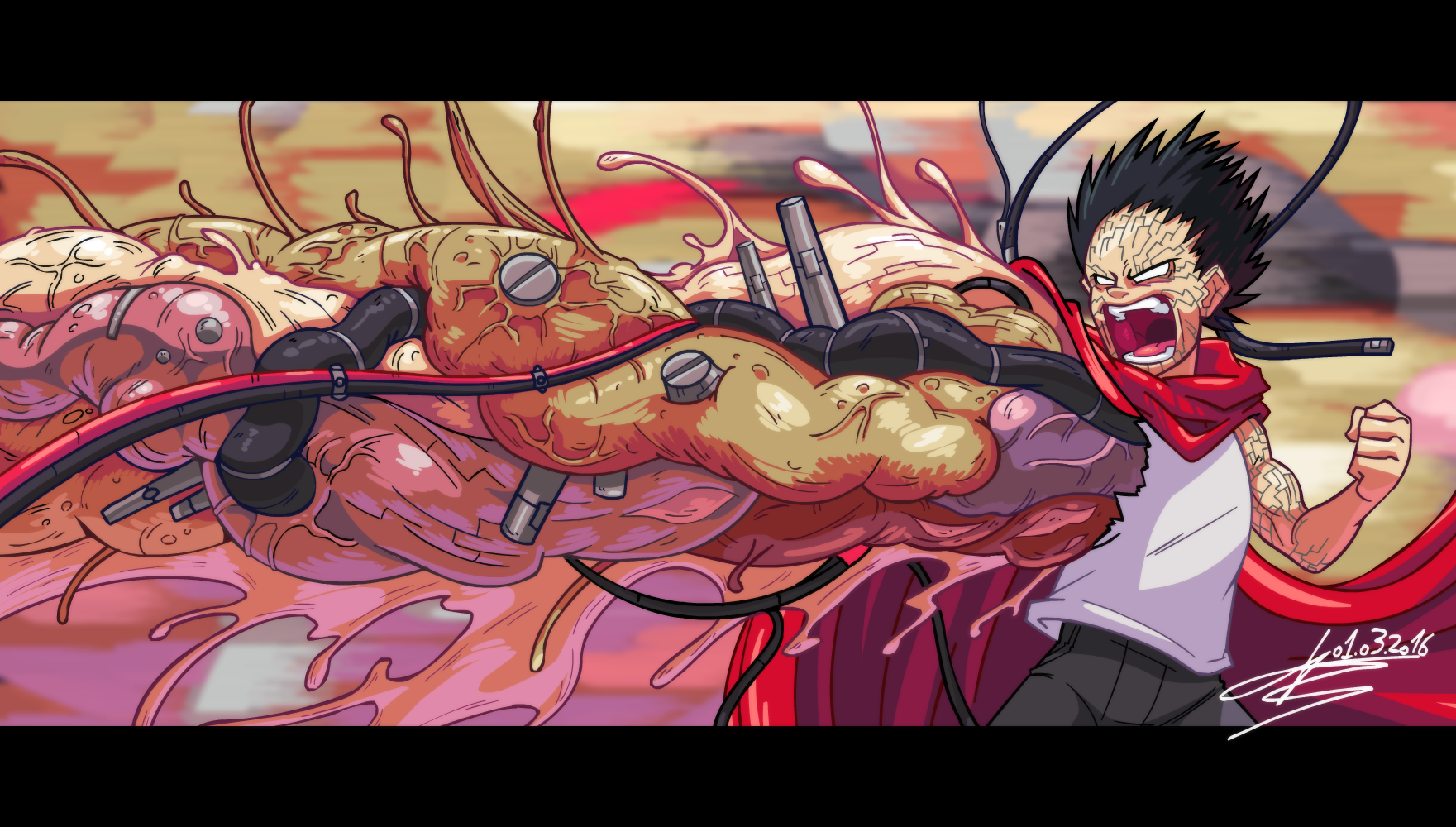 this and the first fight between Tetsuo and Kaneda were my favorite scenes of the movie as they revolved around their rivalry and how despite becoming hated enemies, they were still friends as when SOL launched another beam and Tetsuo projected his forcefield before the beam hit which also shielded Kaneda from said beam or when Tetsuo was seriously mutating and was practically begging Kaneda to help him.