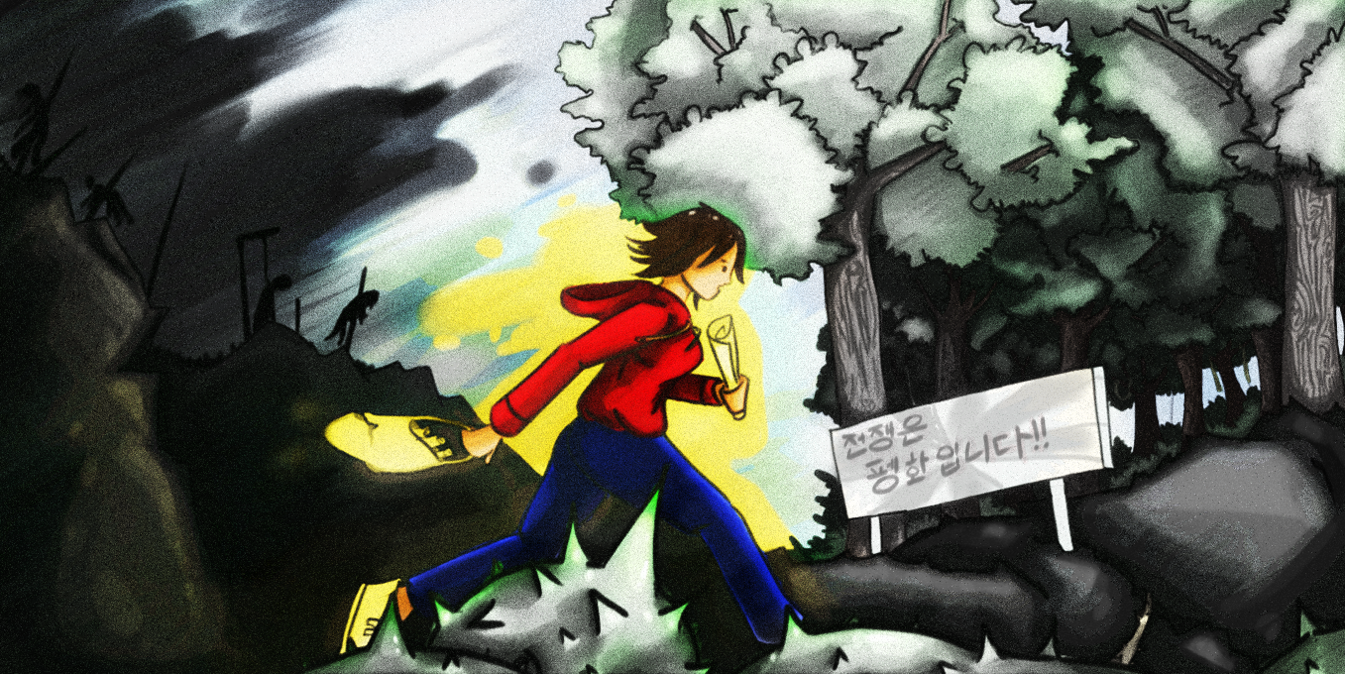 This is the definitive remake of this sketch:
http://www.newgrounds.com/art/view/troisnyx/unstoppable

This particular version is done as it was intended to be done. Sharpies did not have separate shades of grey, I'm afraid -- but Sketchbook does. The whole thing was done on Sketchbook over the course of three days, maybe a little more. I don't recall when exactly I started this.

The Korean reads, "War is peace!" (Jeonjaeng-eun pyonghwa ibnida!). The slogan is a direct translation of the quote from George Orwell's 1984. Unfortunately for me, a lot of North Korean slogans are not presented side-by-side with original Korean text and English translations, or are just too plain long. I resorted to quoting Orwell instead.

Nice work!
First of all, i love the contrast between the background and the character. And the artstyle of those trees is just so pretty!
Looked at the sketch too. And this is such an improvement on that. I read your description that came with the sketch and you say that it's hard to exactly write down an explanation of your thoughts that made you draw this. So i'll tell you what it made me think about.
Being Dutch, i've been told many stories about the second world war. The stories mainly involved Dutch people and how they tried to resist to their country being taken over. Giving shelter to people while risking their own lives and that of their families. Sabotaging the enemy as much as they could.
I think that, if you'd ask me to summarize this drawing in one word it would be: ''Resistance''

Anyway.. great drawing. The guy that hung himself and the impaling on the hills really give it a sense of urgency.
Keep it up! :)