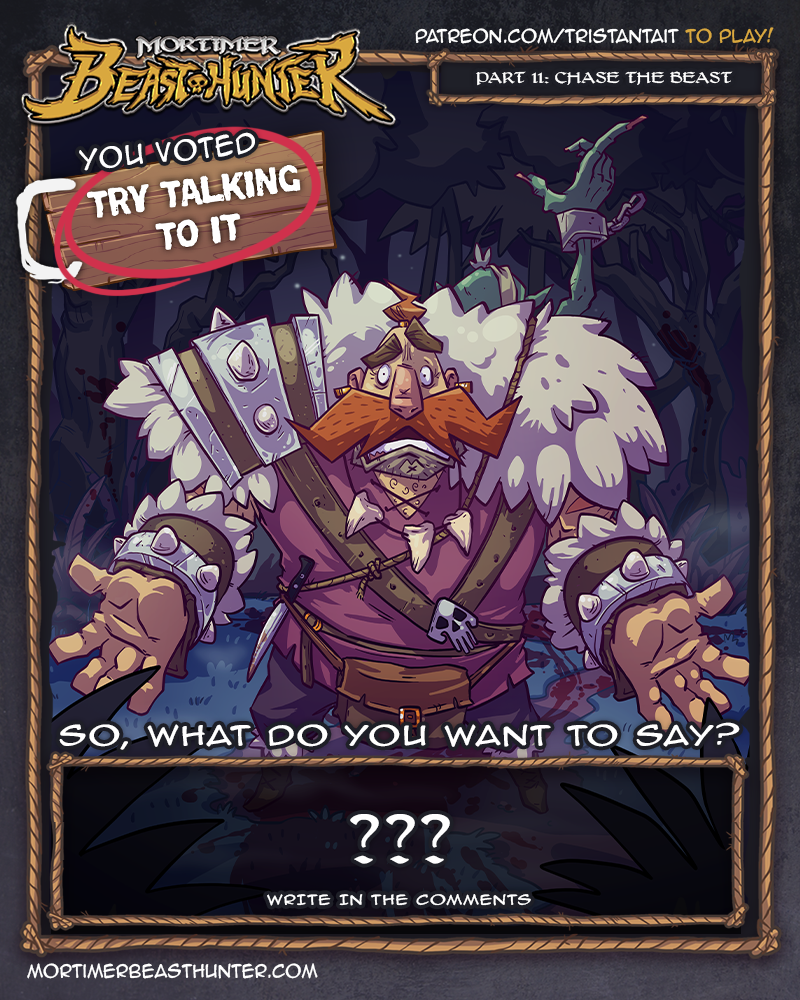 Reason with the beast

You've just come face to face with the Beast you've been hunting all day. For some weird reason, you decided that trying to talk with it is a good idea.

What would you say? write it up in the comments!

And here's the beast we just caught up with!

It's been killing off the farmers pigs and we offered to help. we may have gotten a little distracted along the way though and it seems we've arrived a bit too late to save the pigs, but better late than never right?!

This whole story is played out by YOU. Everyone votes at the end of each episode to choose what happens next. If you want more control, the GOD MODE patrons can play it out like their own RPG: Using a scene breakdown before each episode is written up, you can interact with anything or anyone in ANY way you like. Investigate areas, steal items, pick locks, talk to people, start fights, get drunk, there's no limits!

If you want to play along and get access to a bunch of extra goodies and art freebies, check out the patreon

Or If you want to catch up with the story so far: