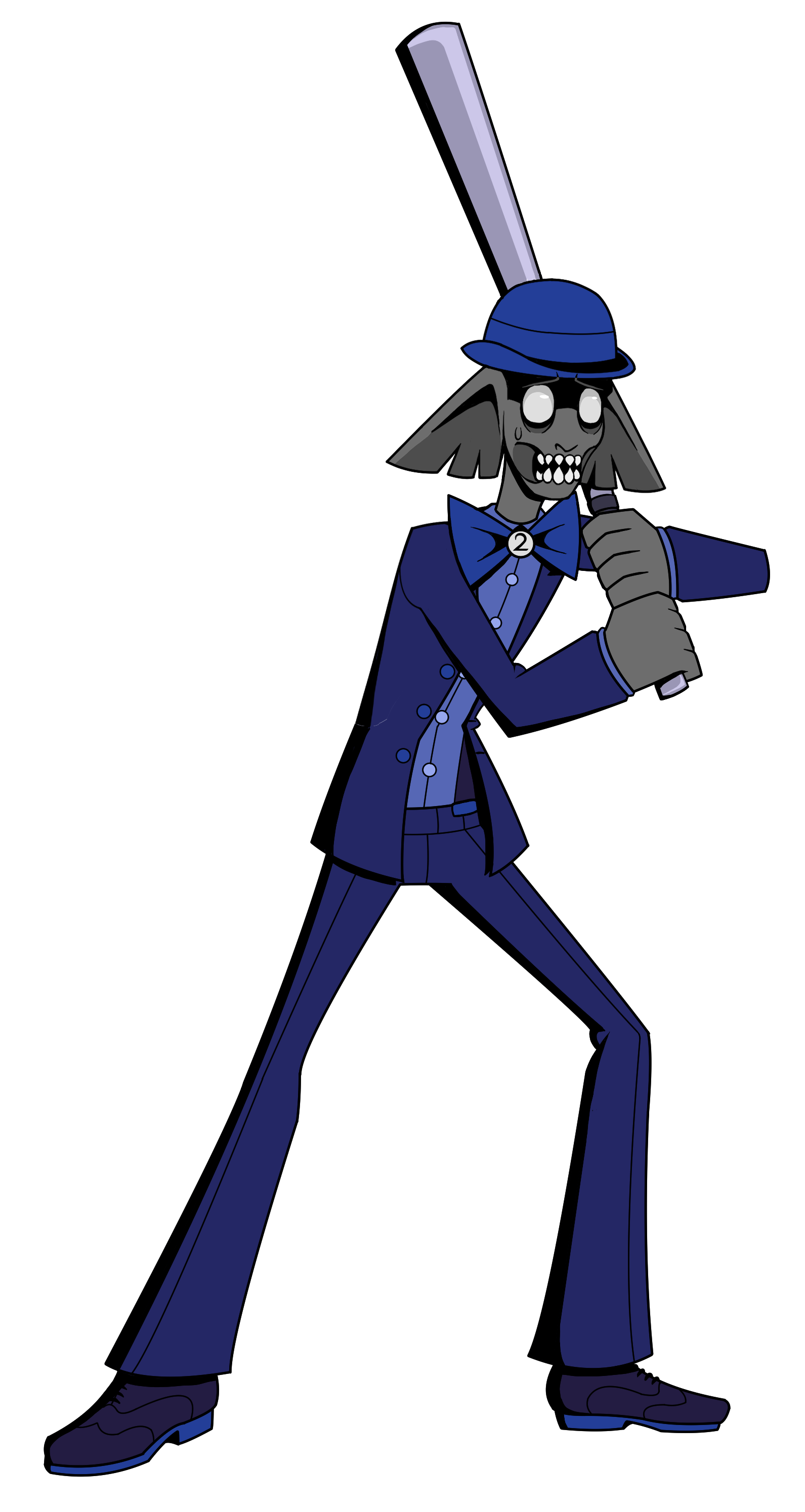 This is 2, the timid meat-shield of The Billiard Boys

2 does not go on many missions, as his ability is very circumstantial. He is normally one of few to hold down the bar during the day, doing benign chores or other tasks in his immense amount of free time.

However, things don't feel so long when they go by faster for you than anyone else.

2 has the ability to speed up time for himself, making him appear painfully slow. Pain being the word of the day here, as his ability also enables him to take damage very slowly.

This is where the usefulness of his ability comes in, 2 is a very successful door stop in barricade situations. His ability causes a sort of unmovable object and unstoppable force situation, as in his slow state you will have a very hard time moving him.

And although he's very unlikely to be a threat, it's still not wise to underestimate 2. For if you're not paying attention, and he actually hits you with his bat, you'll be subjected to the near force of a hydraulic press in a single attack.