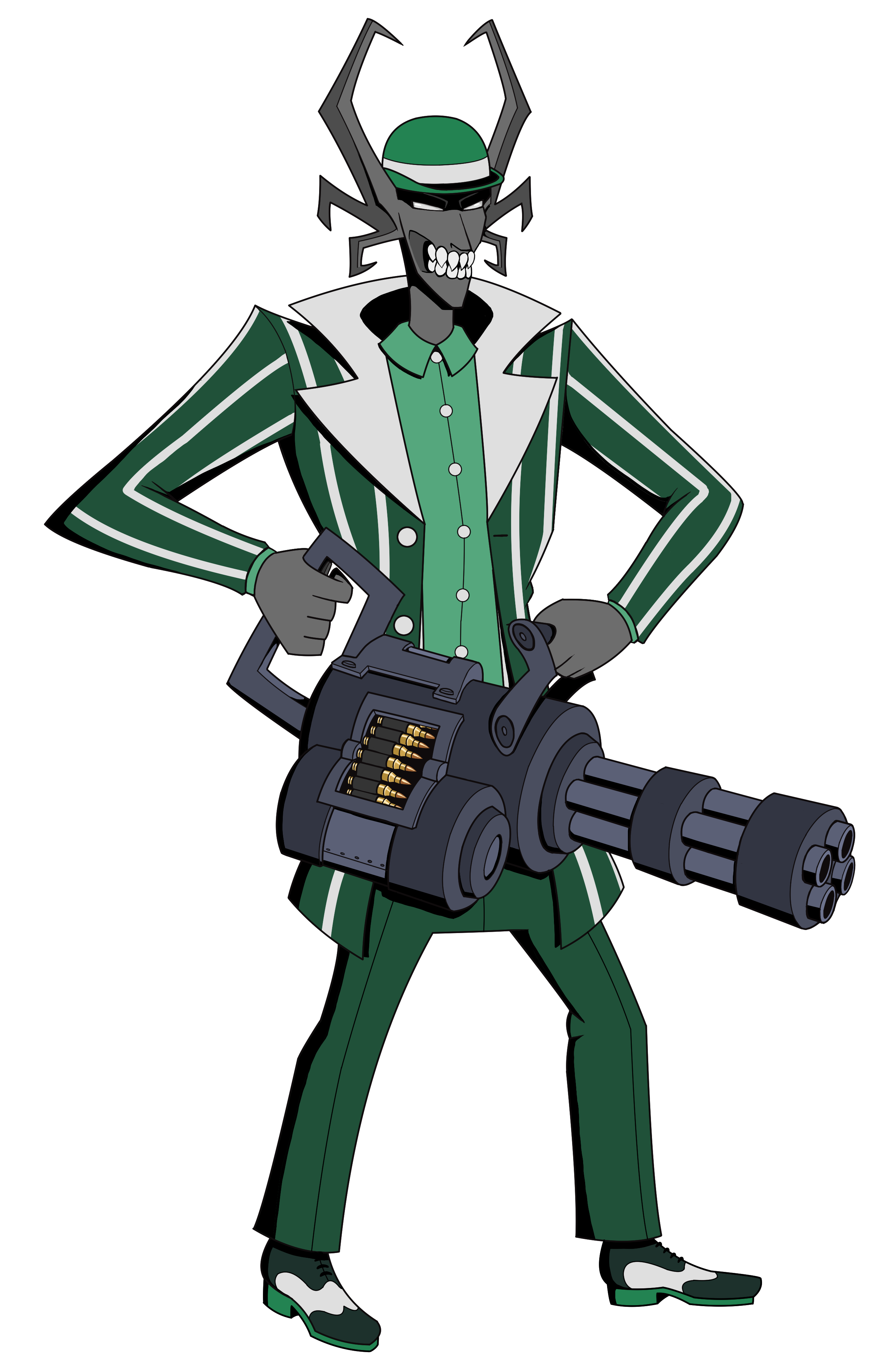 This is 14, the cunning arms-dealer of The Billiard Boys

14 is the member the of the gang who should never be trusted by outsiders, no matter how deceitful or truthful he is being. He's a clever conman at times, a truthful but shady and aggressive dealer at others.

He makes most of his money selling weaponry that remains incredibly rare, or not yet accessible in this time period (Years from now those gnome and goblin inventers will be metaphorically thanking him)

What he lacks in combat with his ability, he makes up with shear force and a steady stream of bullets. When his trusty minigun isn't enough, he always has his turret, and wrench for beating in the skulls of specifically pitiful foes.

Though, the ability to summon his teammates on a whim certainly helps, it's only a coinflip away after all.

Because of this, him and 4 are paired as a duo. With 4's insane luck, he will always flip the coin on the correct side to summon whoever they need in the moment.

However, 14 has to stay more responsible than usual with his ability. Considering the fact that if anyone flips their own coin, and it lands on themselves, they will be subjected to a quick and bloody death.

Because of his responsibilities and side jobs, he functions roughly as a "4th in command" in his words. The missions he leads however, tend to be remarkably merciless and cruel.