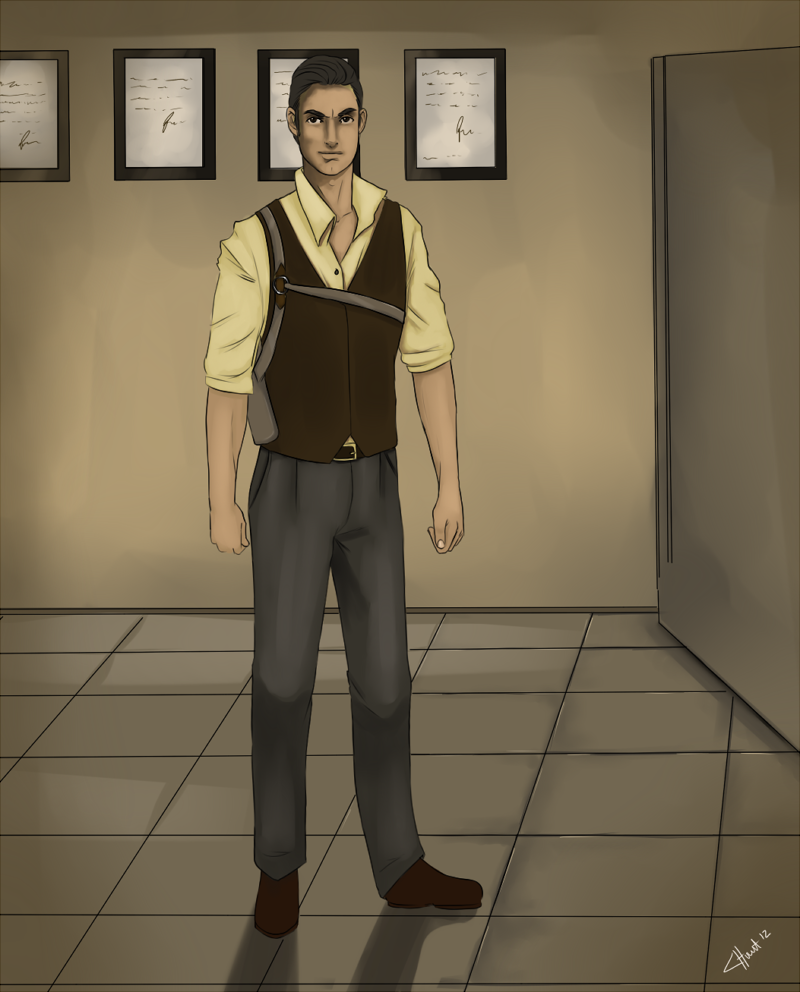 Fuu I'm done messing with this.
"What's that a BG?" I know right, it's a wreck but I tried...now you know my shame.

The background isn't too bad, actually. What's bugging me is the line of the picture frame being exactly on and parallel to the straight depicting the side of his face. Generally, you want to avoid this unless it's unavoidable, and you know what? You could actually have fun with those picture frames. Say you moved them closer or him back a little and made him standing directly in front of an "employee of the month" picture with his face exactly where the employee of the month's would go.

Got off track there a bit. Anyway, next , his torso is long. I usually dodge this by making sure my character's wrists align with the bottom of his/her crotch. After that, look to his feet. His left heel, to our right, looks like it's about level with the middle of his other foot while his right knee isn't bent to accommodate.

Overall, I'm liking the color blending and the light/shadow, but the light source that's illuminating most of his face and neck doesn't look like it's hitting the rest of him. While on the topic of lighting, it looks like the light source is coming from the front, and yet his shadow is being fast in front of him?

The colors, the color blending, the light and shadow (for the most part), and the background are all pretty nice overall.