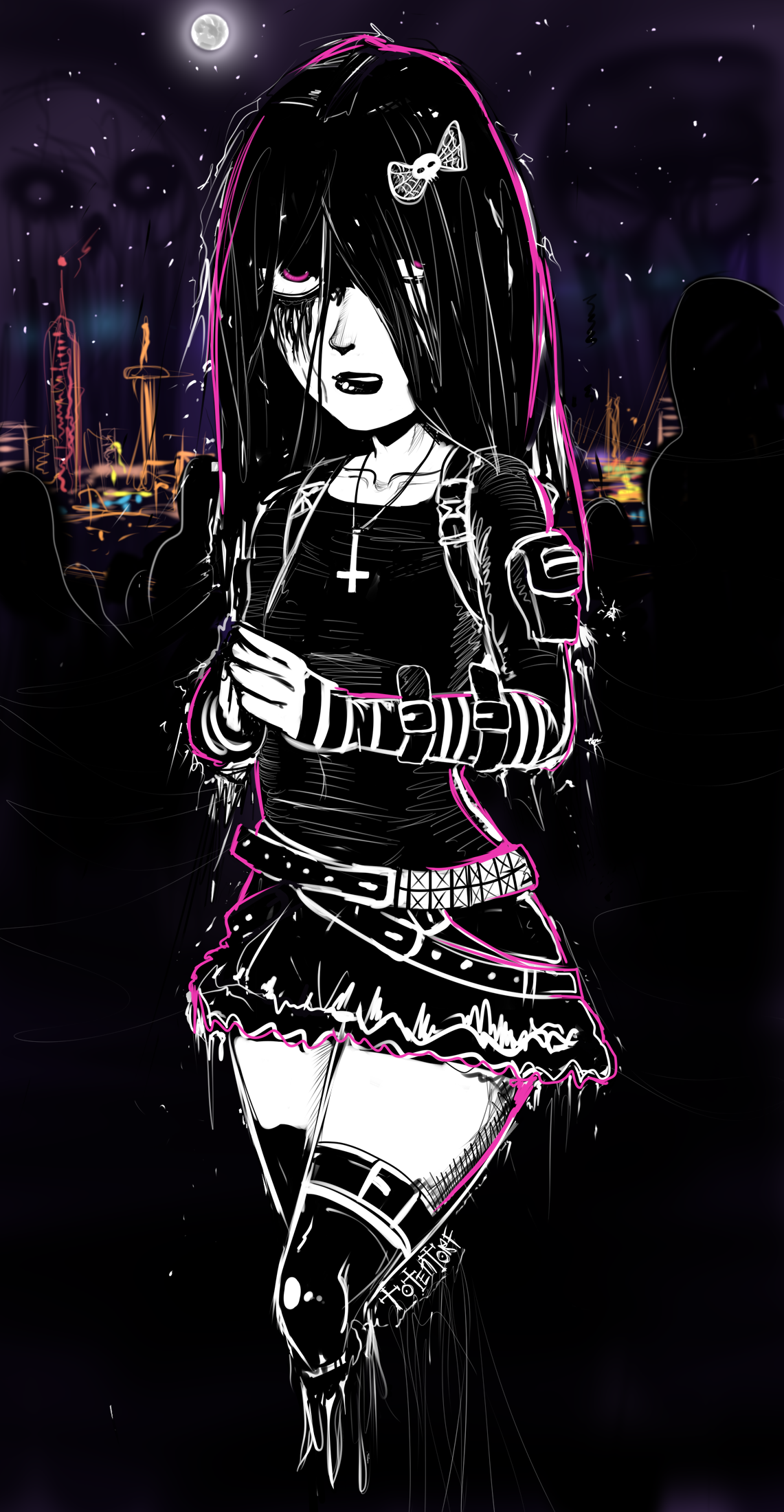 a bunch of ink pens went right into my possesion (or liners they are called, the ones which spew out ink like cutted artery spews blad) and I became acknowledged of scary truth: it's practically the same as drawing digitally! EVERYTHING I DREW WAS THE SAME AS DIGITAL! Pencils disguise everything, you can't achieve such texture on PC, but those dudes arrr, they just yell at you "eat hard round brush, fagat". Ballpoint pen all the way (to anu5, hehe haha)

have a nice day