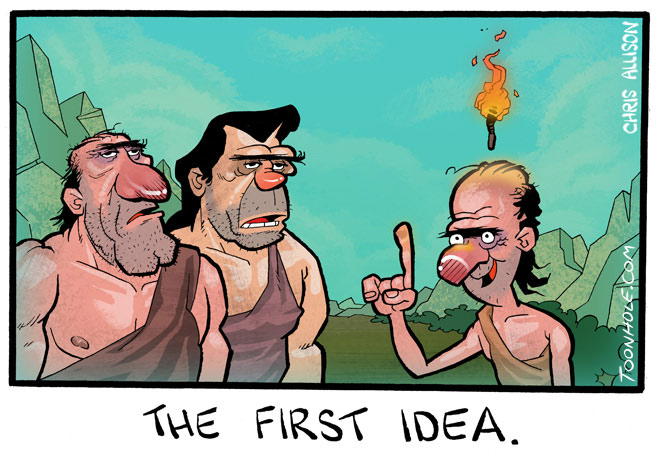 The First Idea = light on the head

Eh. They don't have to be cavemen to be before the lightbulb, just anyone up to the late 19th century. I wonder what flies around his head when he gets hit in the head though, maybe winged wooly mammoths. And when he has an ethical dilemma, what sits on his left shoulder telling him the moral thing to do and what sits on his right shoulder telling him the evil thing to do? Perhaps Wilma and Barney Flintstone.

I'm pretty sure too.