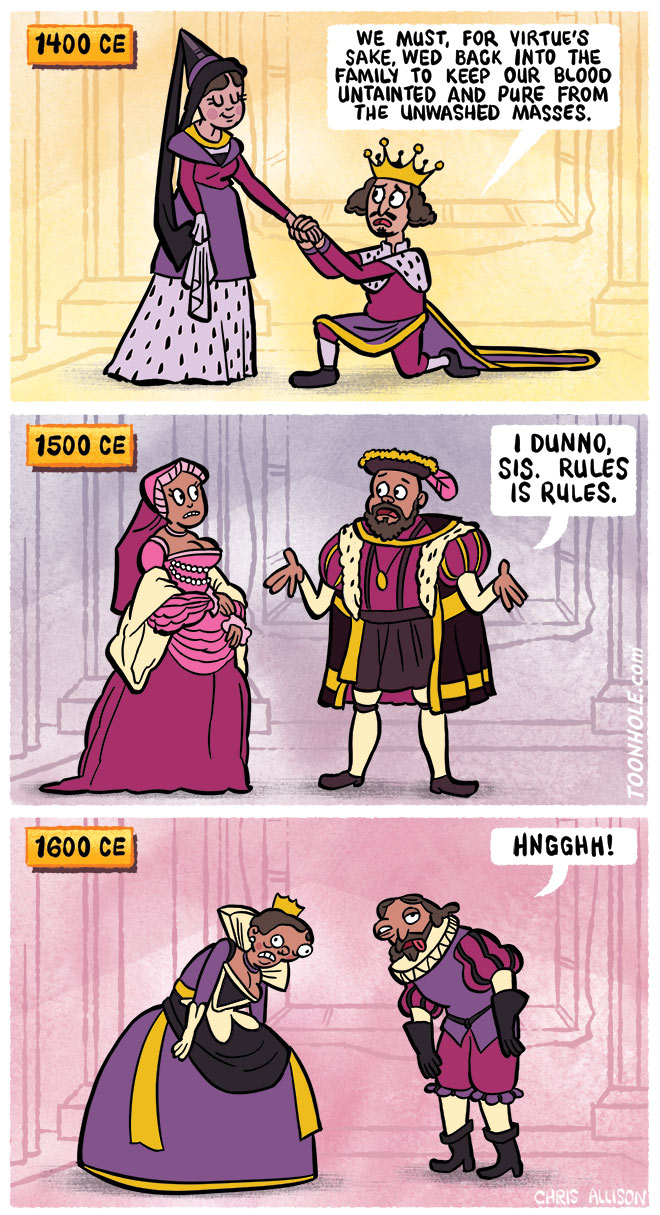 This ruins that saying "living like a king" for me.

title: the habsburgs in a nutshell.

hahaha! great comic, and i like the stages of the degeneration, due to incest /internal marriage...
at first, things seem ''normal'', then there is some small degeneration 100 years later, and eventually, 200 years later, the royals are completely ruined, disfigured and broken down to walking abominations.
incest is bad, you royal people! lol

BTW, i like the different clothing styles between the eras/the different poses, faces and expressions in each era: in the first era (before the evil tradition begins) the king talks in a detailed manner, then, 100 years later, the king talks in a laconic manner with few words, describing that ''the rules are rules, sis!'' and then, to the final stage of disfigurement: the eloquent HUARGHHH of the incestuous bloodline. how exciting! (lol)

anyways, great comic once again, it was hillarious, and it described the perverted/sick/disgusting side of royalty, which really happened, and thats the reason why many royal bloodlines suddenly stopped existing... (due to extreme disfigurement/mutation of genes, which resulted in sterile/barren children, and thus, the end of the ''pure'' bloodline.
think of the habsburgs, think of the glucksburgs....
they all got destroyed by their long actions of incest.

anyways, great comic, keep it up!

incest is not always wincest

It is happening globally anyway... they have only accelerated the process. Jajaja!