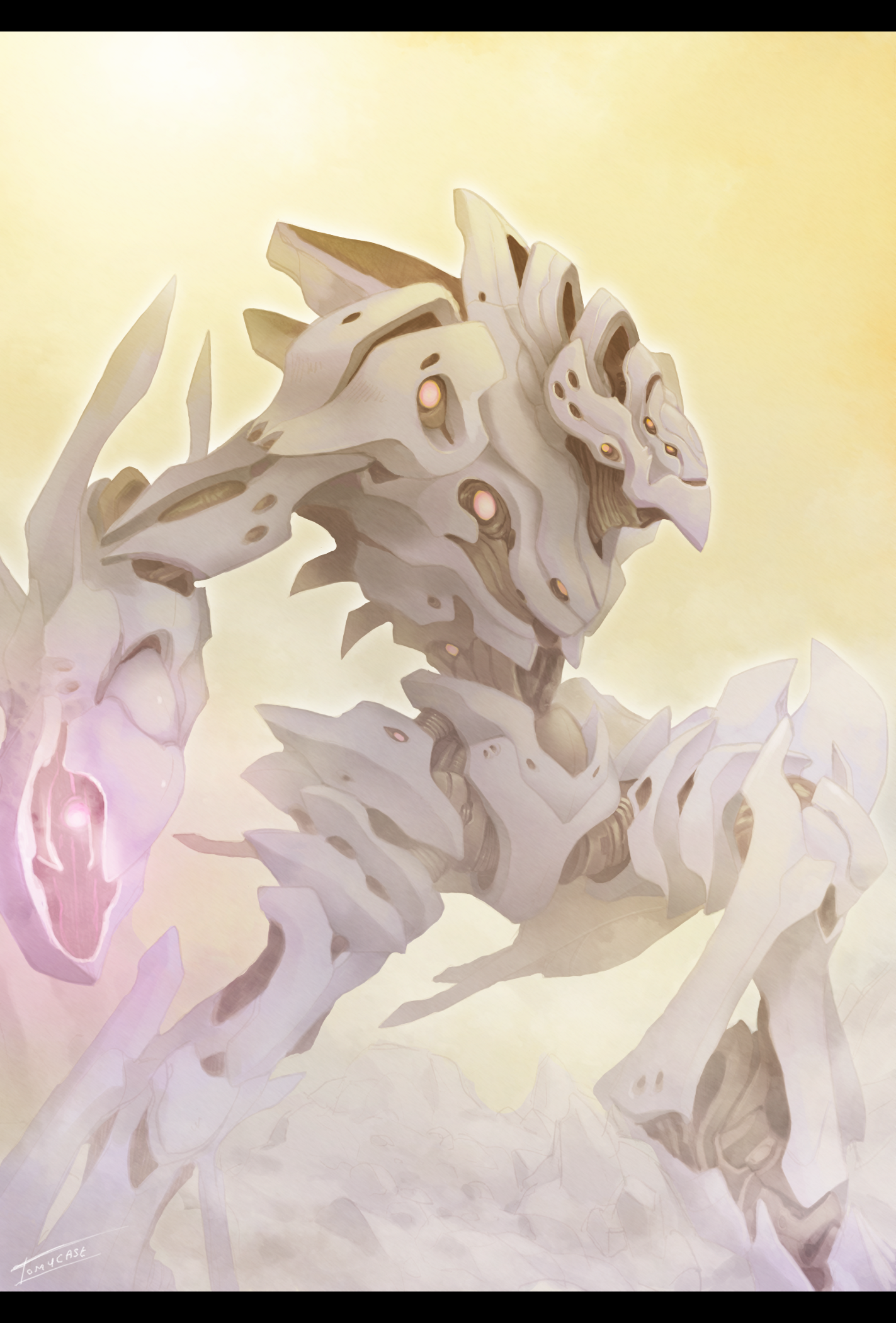 sooo awesomeee but compared to your other art it isn't that good :/ but i can't do it anyway XD

This reminds me of the Armored Core mechs in a way, except this feels lighter, streamlined, and very much alive. The texture and style make this almost tangible on my computer screen and, for me, manages to convey an alienesque vibe while keeping close ties to human design. Also, the angelic appearance proves very suitable for the environment, with the stance further providing insight as if the being commits itself to some vague mission or sense of duty. A charged / charging weapon signals the conflict with an unobservable force or the preparation of some struggle. All round, it feels cold yet awe-inspiring.

However, there is an uncomfortable, soft glare near its right leg. The ice(?) is barely observable and somewhat blends with the sky as well, but I'm willing to see that as an intention due to the design of the mech and its subtle contrast with the sky (for all I know, could be a stealth mech). These light tricks become less apparent from close up then they do from far away. It's also somewhat difficult to tell if this being possesses a left arm, as it seems the left leg possesses attachments instead.

A bright and majestic creation, I suggest a lesser emphasis on blending as it can be quite hard to see if done too well. Otherwise, this is one heavenly work and I hope this will inspire you to create other works of a similar or better magnitude.

It reminds me of Samus's light suit from metroid prime two, but if the space pirates saw her in that thing they'd shit bricks.