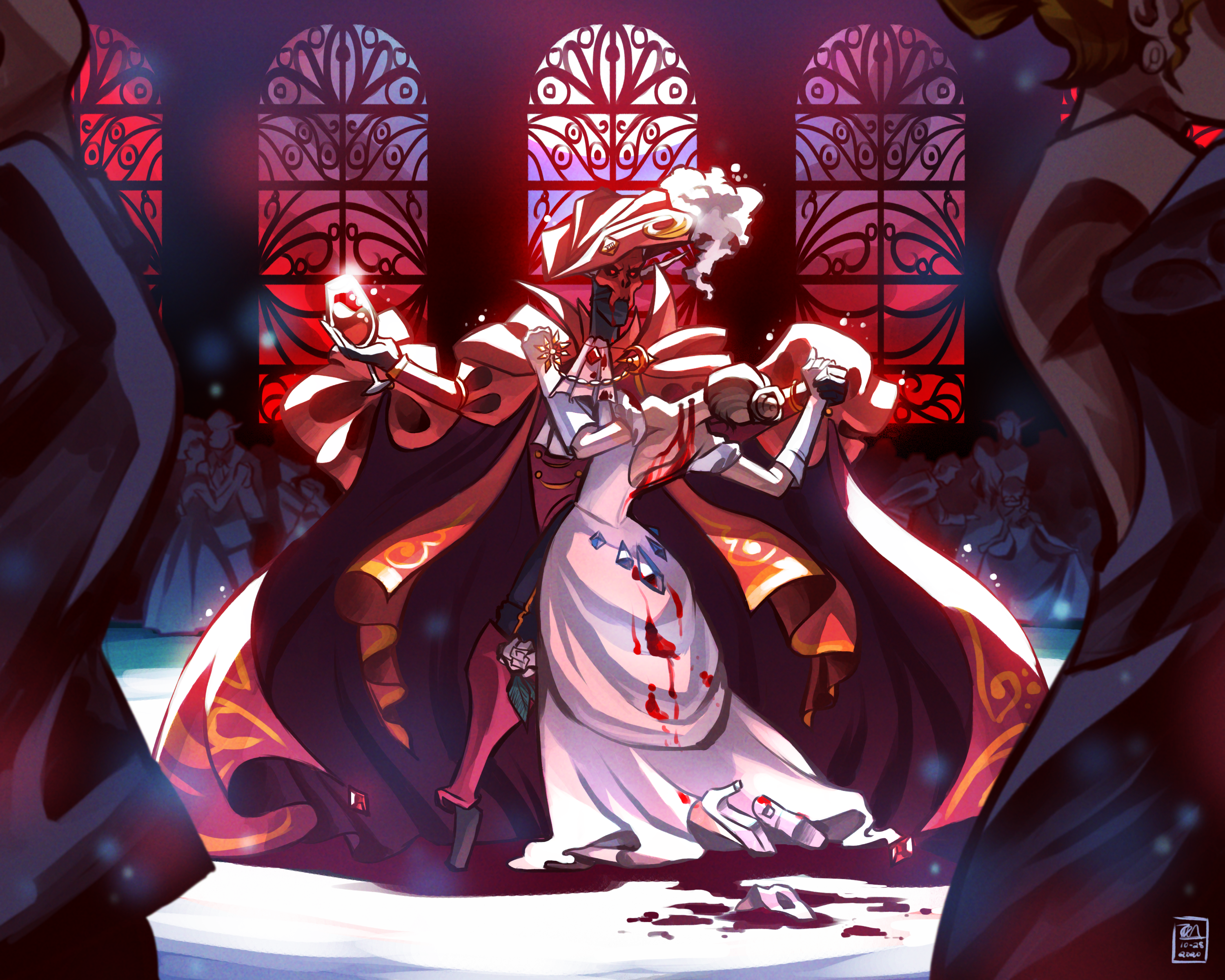 [ Halloween Special ] To Dance With Death

The ritual is almost complete. A ritual that is guaranteed to materialize a gateway to the Shadowfell. Donato Delarosa and his mother, a highly esteemed researcher of the Dark Arts, have been working long nights and hard days, and now they are all but one step away from actualizing it. They are missing the blood of a noble.

Donato was then given a mask, glossed with crimson and with fangs as sharp as daggers. "Pierce a body with it, and it will drain their blood," the mother said. "Use it however you like, but don't get caught."

Don't get caught, she said. How utterly boring. If he was to kill someone, he might as well make it a fine spectacle. What's more beautiful to him than the chaos that comes after? Besides, with a royal invitation in his hands, he already has the perfect target - and the perfect opportunity - in mind.

He arrives to the Ball, lavished in his ruby, phantom-like costume. Much like feathers of a peacock, his garments stuck out like no other. A mystery cloaked in red? How attractive. So much so, that a lady in white approached him in curiosity. The Baroness.

"I'm afraid that only invitees are allowed to come here."

"Oh, you'd be surprised. I *was*." It was clear that she didn't recognize him.

This was easy. Too easy. The Baron surely might be around somewhere, especially with him aware of her acts. Perhaps he's preoccupied with something? Or is he readying his guards to apprehend him? Despite that, he took a chance...

The news spread like wildfire. On the night of the Ball, the Baroness was killed, and the Baron wants vengeance. Unfortunately, they'll have no way of knowing who; all they know is that it was a mysterious red phantom. And as far as Donato was concerned, he was gone...

This was dark indeed wish more light was comming through those windows, you bring a whole new element and make it work maybe the small little details that strive here and there but you make it jump out at you. and thats what I really liked here.

~~SUGGESTED IDEAS~~
wish more light was comming through those windows

the use of light is stunning!!!