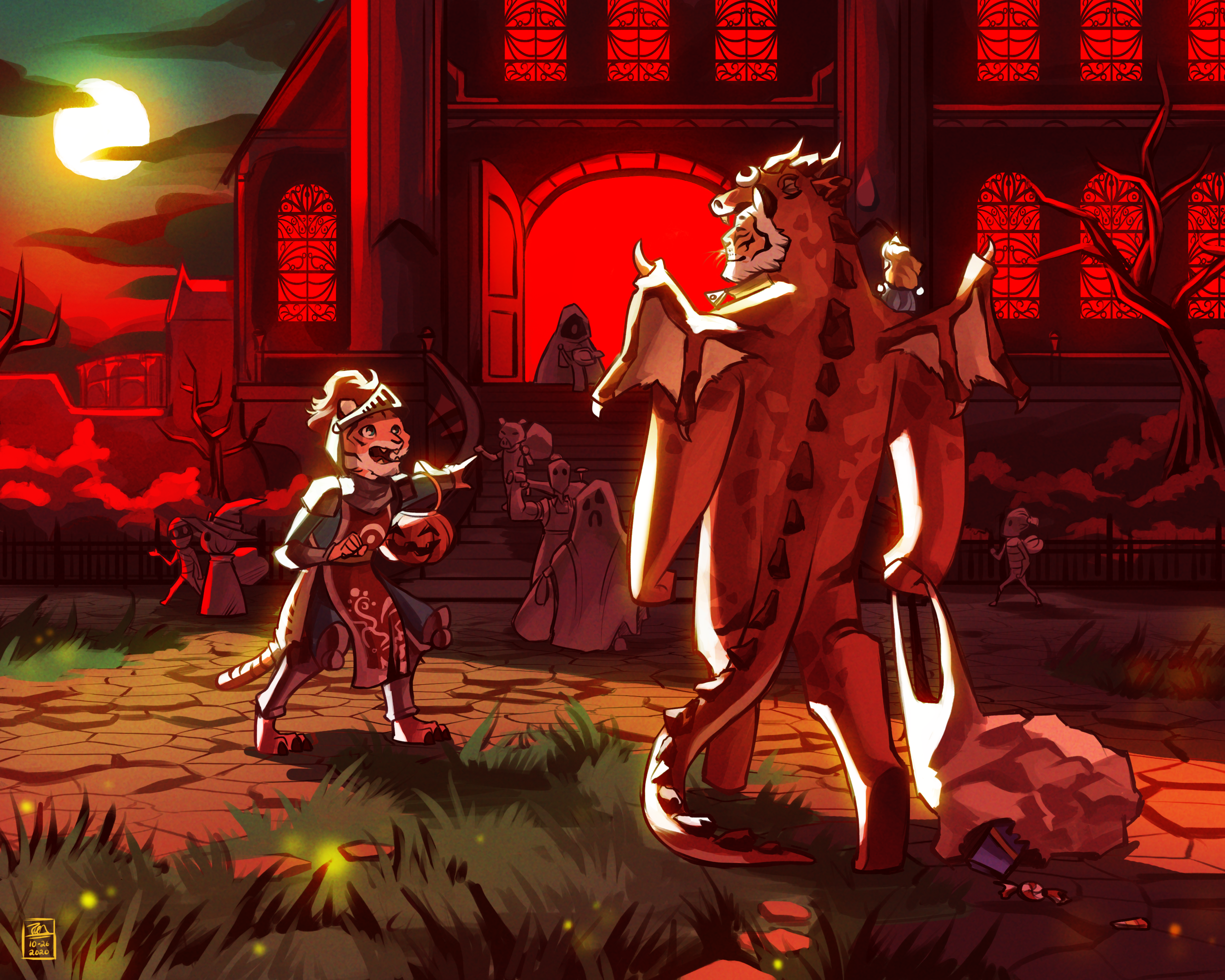 “Ah yes, Lord Cortez’s Ball, just how I remember it.”

Nori jumped up in surprise and turned to Soma. "Hold the pigeon! What d'ya mean how you *remember* it? Is this another story from your glory days??" Her azure eyes lit up like stars.

Soma only chuckled and began to stare at the Gothic building. "Every Hallow's Eve, House Cortez hosts an annual Ball to those that were handed invitations. At first, the family hosted balls as an effort to ward away evil spirits, but over the years it's become more... casual. Fun though."

"Fun? So you got to go for yourself? That's not fair, I wanna go to a party!" Nori slumped, disapointed.

No, they'll never be invited in a lifetime, but it may be for the best. The Baroness was an adventurous soul, widely known for eloping with several men. Hell, two decades ago Soma *was* one of those men. The Baron had plenty of reason to despise him now, and of course he didn’t forget.

But he wanted to change the subject: "By the way, they're passing out candy here.” How uncharacteristically kind of him, he pondered.

“Oh yeah, candy!” Nori jumped in glee. “Wanna race to the top? If I win I rescue the princess!” She pointed at the plushie on Soma’s shoulder.

“Ah, but if *I* win,” Soma cut in, “I keep your candy with my treasure pile.” And after a shocked look, she bolted up the stairs.

Soma chuckled again. He found himself no longer yearning to go to such parties or dare take another’s love. That man is gone, for he’s already become something more: a kind father.

BAM!!! screams erupted from inside the manor as dozens of panicked guests spilled out the door. Soma was able to catch Nori before she was tackled.

Nori shouted to one of the guards herding them out: “Wait, what’s going on?”

"The Baroness," he shouted. "She's been killed! By a vampire!"