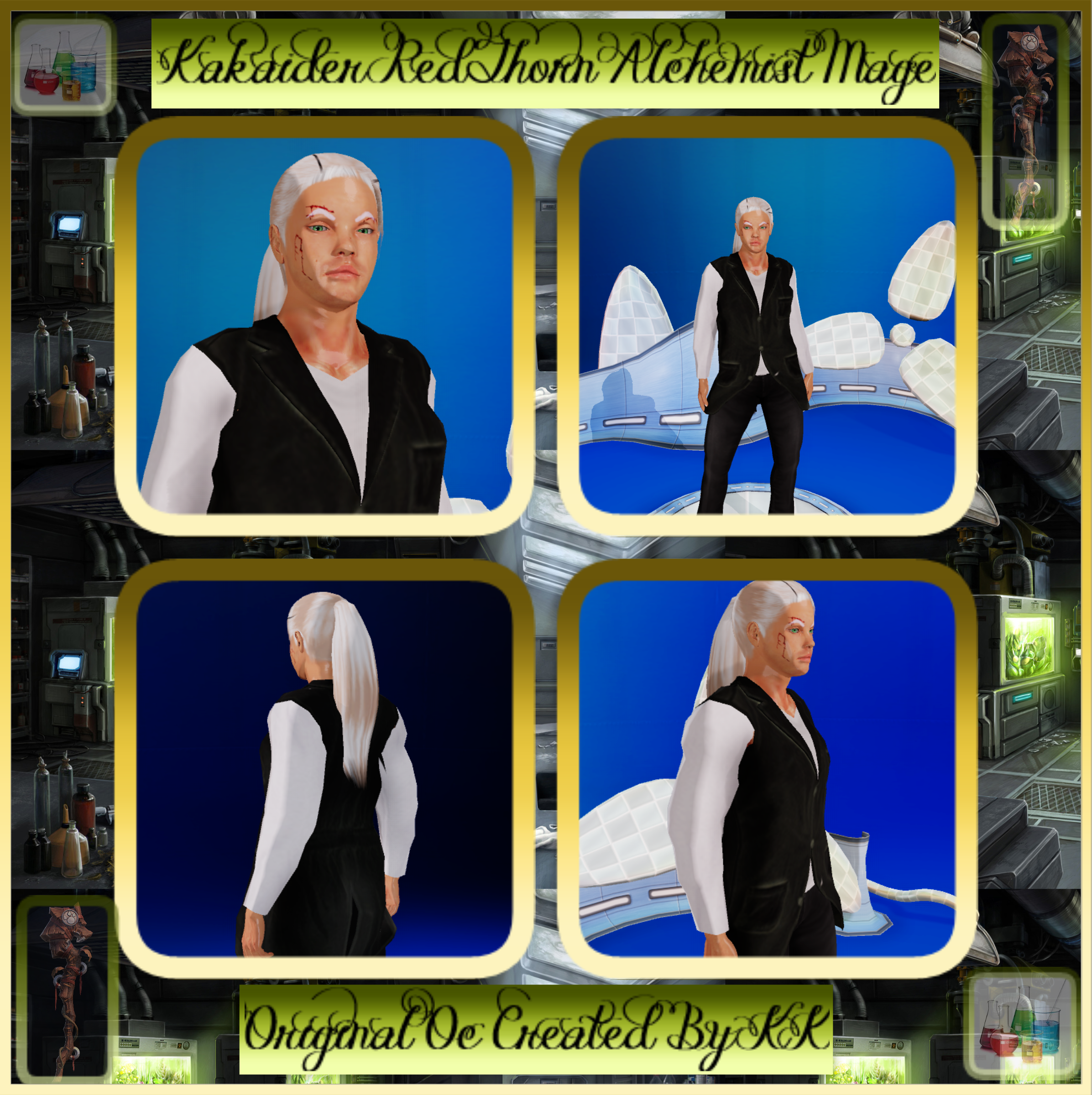 Those who wonder about My My Counter Part He Is the Exact Opposite of Myself...Redthorn walks his Path alone and lets few come near him

skilled in Elemental Magic, Arcane Science, Medicinal Sciences and Has Vast Knowledge of the Jungles that cover the world of  LV26Lz44

When He was Young He saw something that changed his view of relationships His Mother who became bored Left his Father for another man...Thus RedThorn chose a Life Of solitude...many had tried but all Failed to win his Trust...Or his Heart For 800 year The Mage Remained Untouched by both time...and Love..

Up Until Now no one had been able to get close to the Mage...Now Fate which was foretold by his father 600 years back on his death bed he told his son only this...

"when night has fallen .when the wolves howl,

and fangs of steel, skin of gold

when she takes you hand..

you will be bound to The Beautiful demons soul..."

Of Course RedThorn took no heed to his fathers Prophecy...

until In the form Of Vikki Hexx It came true...such is the Tale of The Alchemist mage so far ....

They say fate can be changed...but sometimes fate....will change can change you.