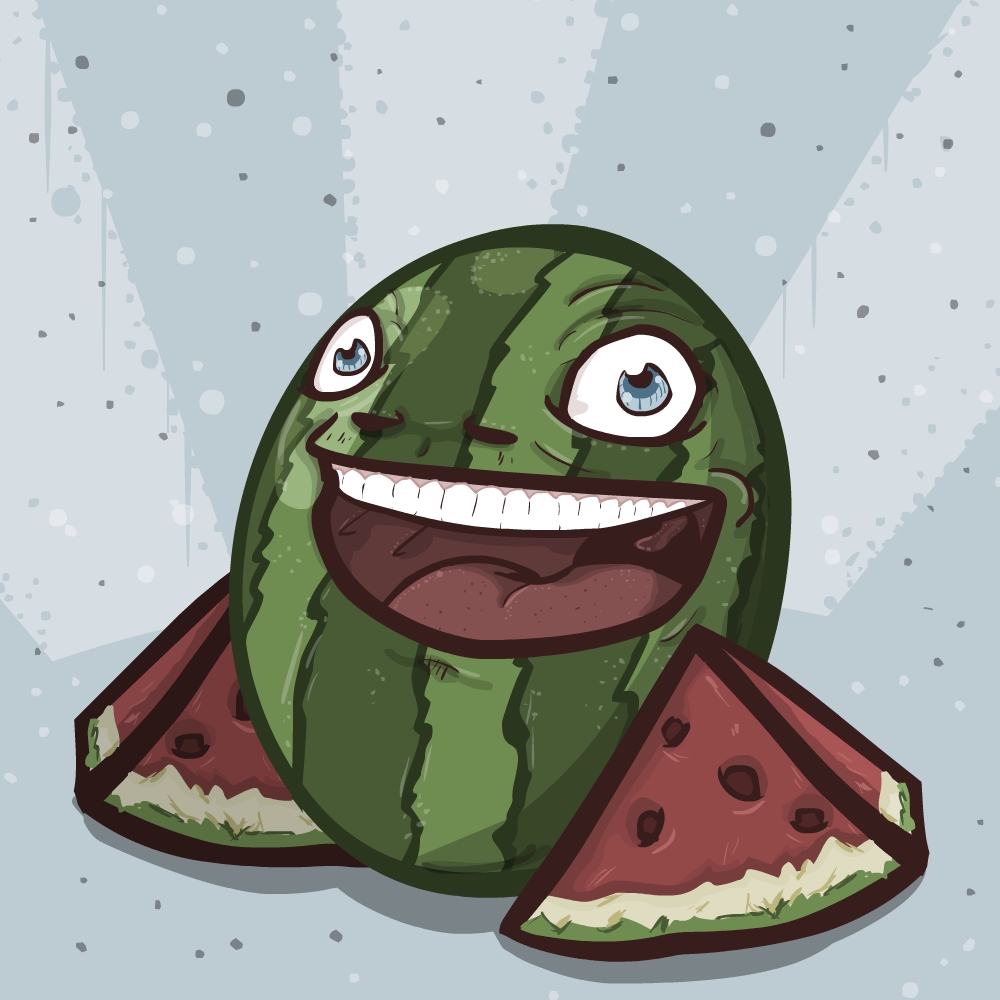 So this was some nice work here you. Have some nice design here and some good deep texture to really make it look like a nice watermelon and that's what you have here even the background was pretty good I like the quality of this as it was just some beautiful and soldid work you are very talented so keep up the great work as always anyways I look forward to the next project you make

I didn't think this was as good as your other stuff because I didn't understand it. It's just a watermelon. Was there supposed to be some black joke with this? Dang, am I racist for assuming that? I imagine the parts on his lower body are meant to be his legs. At least he looks happy.

I think the background is pretty cool. It reminds me of these watermelons that were carved to look like they had teeth in them. It appears to be standing on what it also the background. It wasn't anything that great, but still decent. It's another different thing for you.

Ugh, i better not find this in my friggin' fridge....Nice one. XD

IT'S THE ACID TRIP AGAIN HOLY FUCK THEY'RE CUT APART!!

the inside doesn't look very appetizing....

i was drawing a watermelon in flash the other day, and it was fuckloads harder than i thought. this is way better. i love how the two shine spots on top were speckled to fit in.