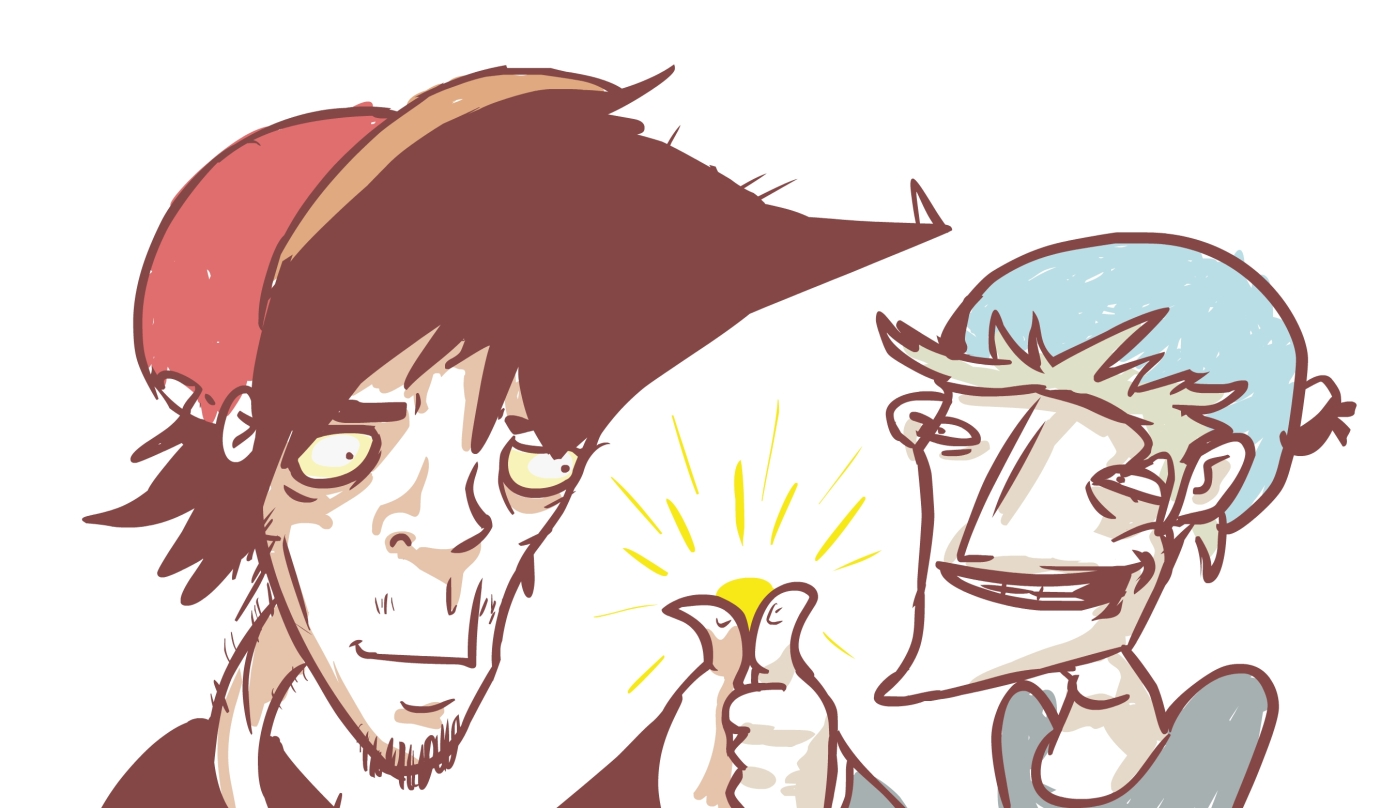 I really liked this. How, did you know that there's going to be an anime special with Red and Blue in it? Anyway, I appreciate you paying tribute to such a memorable game series. Red's hair looks like its mutating into a monster or something! It looks like Blue has a magic bean he's giving to Red. I guess it's just meant to be a patch of light.

I love their facial expressions. I don't think you've ever done a piece of pokemon art before. It's great to see your take on something so popular. Red looks a lot older than usual. I don't know if it was meant to be a joke or something.