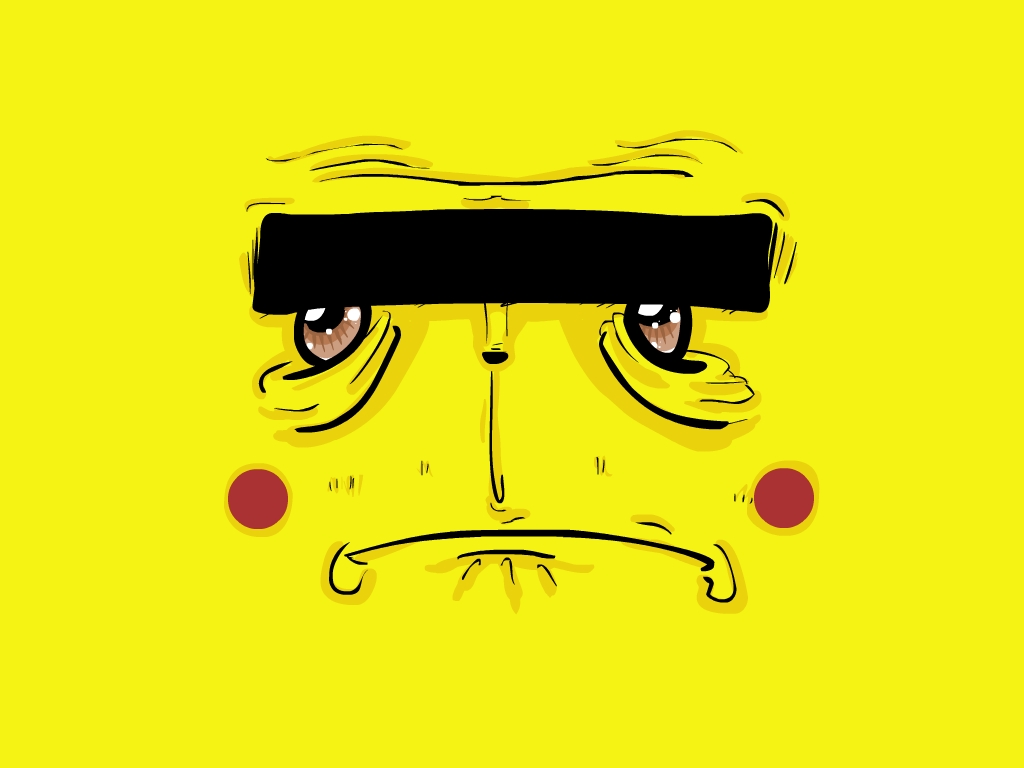 This is a good picture in itself even if it doesn't make much sense. This reminds me of those YT videos where it's just Pikachu's face and a song he sings. He is a "he", BTW, at least in the anime as confirmed in one episode about an evil Togepi, I think. Yeah, that happened. I think it's weird how he has this human face. That was of course the point of the picture.

He doesn't seem to have a nose that sticks out much here. Of course, I imagine it's hard to do that with an image like this. Glad to know you're a pokemon fan. Or at least that you enjoy making pictures or had to or something. Yeah, I overanalyze things.

This Could be a Cool wallpaper

I Think it would be wicked sweet if you made the original 3 starter Pokemon and placed them all Together into one image with this one, That would be one sick repeatable pattern for a wallpaper.