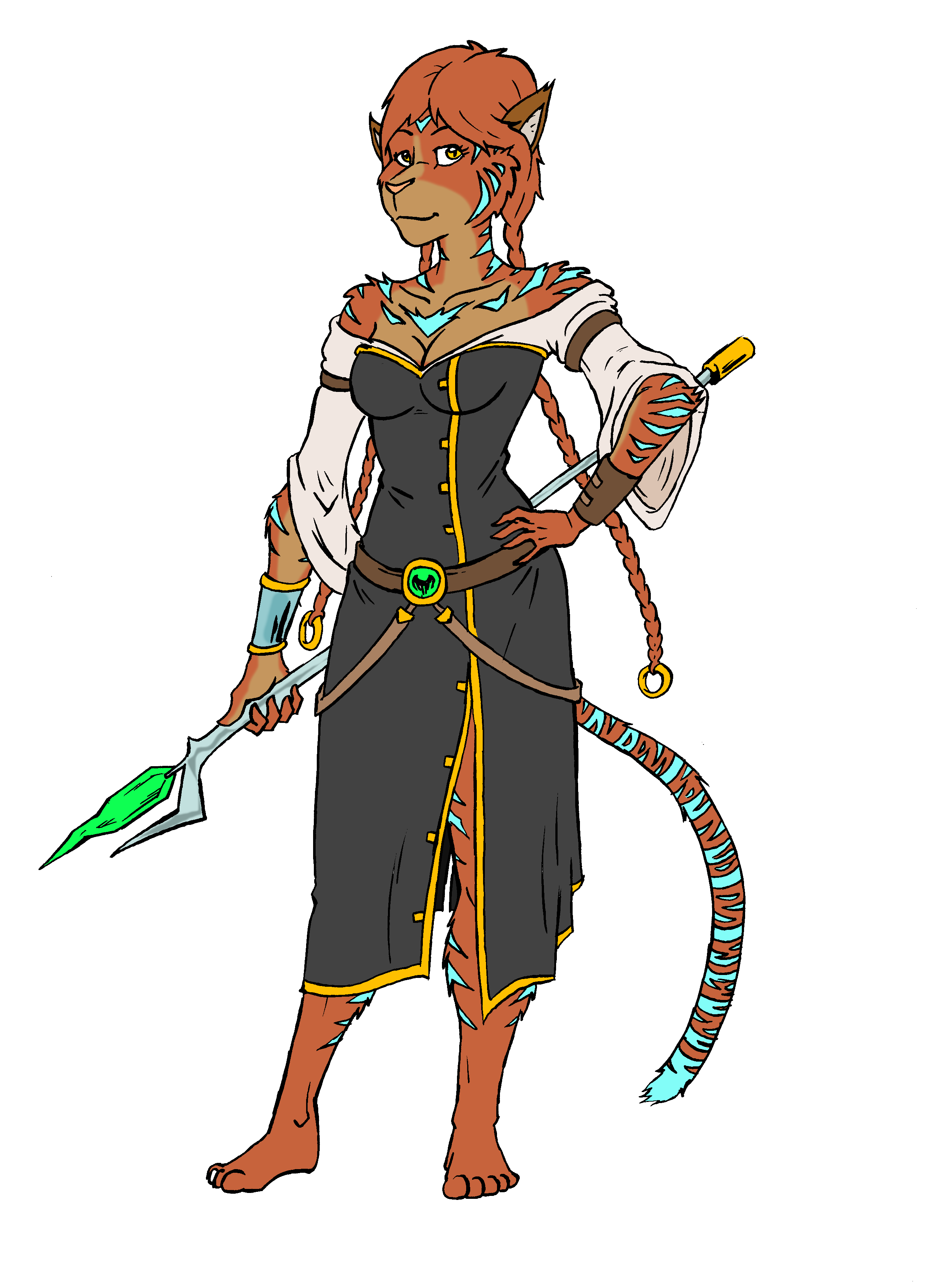 I know that my rules these days are to post only one pic per week but I just had a weird idea this week and I wanna share it with you.

But first a little background: About five years ago now, I made this silly little 12 page long NSFW fantasy comic called "Random Encounters" which was inspired by a D&D pron parody comic titled "Rock and Gnollz", two issues written and drawn by Henbe with a guest comic by Style Wager. Nothing really spectacular, it was just a excuse for me to draw human/furry pron while poking fun at some general RPG tropes and dungeon crawling games.

https://www.furaffinity.net/view/16307244/ In case you wanna read it yourself, just keep in mind that its not exactly good. But funnily enough, one of my watchers asked me som time ago if I should consider doing a "Rock and Gnollz 3" with Henbe and I did exchanged like one or two simple exchange of dialog with him via PM but it never got beyond that, him being really busy with his own projects and I couldn't really figure what kind of story I wanted to do so we just left it at that.

Though I have been considering to make a remake/sequel of "Random Encounter" for like ever, I haven't really been figuring how the story should be like due my own insecurities as a writer and artist in general but I digress.

Then again, that doesn't stop my brain to have overflow with ideas. Earlier this week by the time I post this, I was watching a youtube video review about a action RPG called "Nox" that came out around 2000, a game that I never got around to play when it came out but it did have a pretty neat gimmick that I'm surprised that more RPGs don't do that, indie or otherwise or at least what I am aware off so far.

Basically in the game you picked three classes, warrior, conjurer or wizard and you actually go through a scenario specifically for that one class so there are alot of replay value in that. But I don't know how much different it is, since I've haven't really seen a full longplay of the game.

But then like a house of cards, it all fell down on me filling me with ideas.

I started to think that I could do a choose your own adventure gamebook (or CYOA) like say the "Henry Stickmin" games or Netflix's "Bandersnatch" for example, where not only would the readers be allowed to pick one of three or four classes for the main character and get through a scenario specifically exclusive for that class but also pick the paths along the story and so on.

But of course there are some things that kind of puts a damper on the whole thing.

One primarily example sadly to me personally would be the more... expectation from the readers, especially since this is a NSFW furry comic first and most. And that is the sad fact about the furry community that I will admit.

Second point would be that making a CYOA scenario is pretty damn complex and complicated, I have seen some tutorials videos about how to make those and boy howdy is it a lot to cover. Sure I could do like what "Henry Stickmin" did where like only one path and the others are like gag failures but it would be kind of cheating you know? Either way, it would be much harder to work with, even if I had the apps and know hows to make such a feature, especially a webcomic one.

So yeah, that's how ambitious my brain can get. But actually *making* these ideas a real life...? *PC error sounds* Yeah, you might get more lucky running Doom Eternal on a Windows 95 computer...