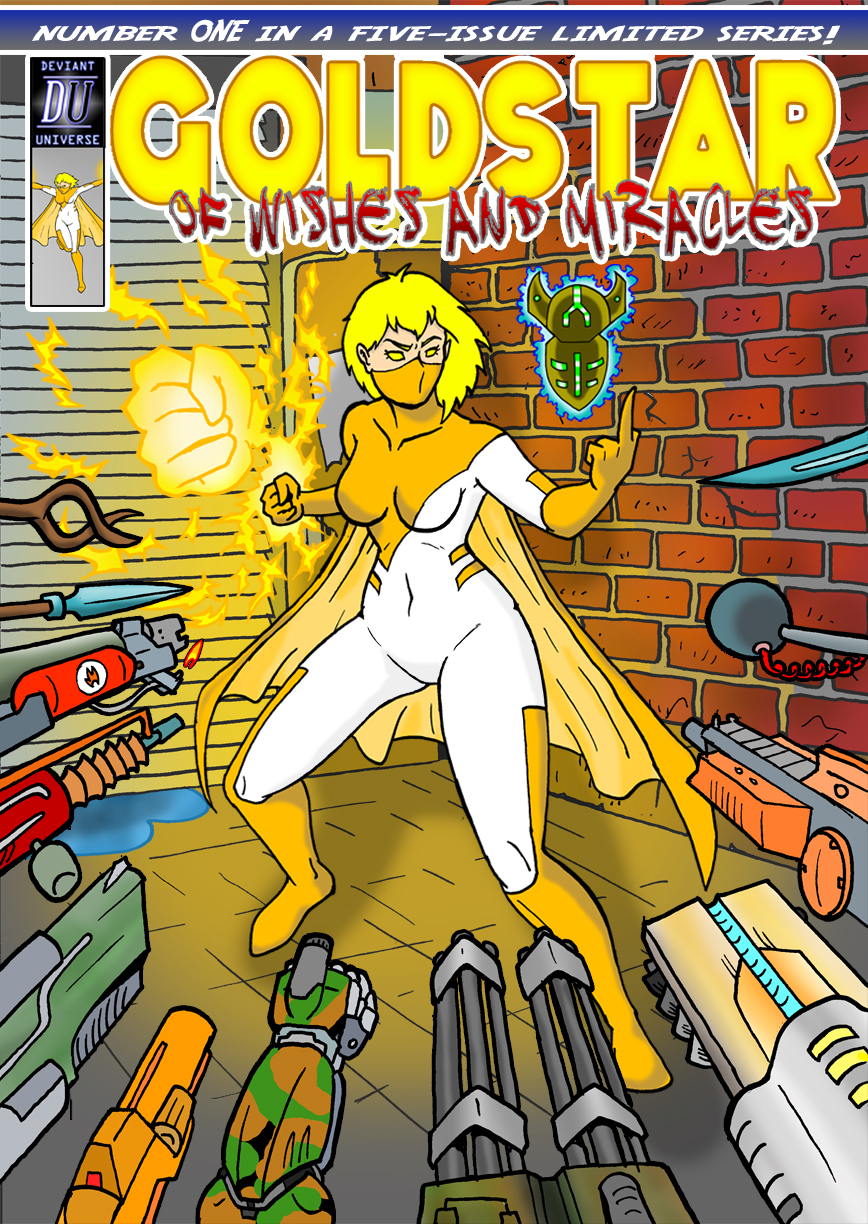 Goldstar: Of Wishes and Miracles

So here it is, the web comic I've actually been working on for a few months now.

For those who don't know, I'm a member at this huge art group at DeviantArt called "Deviant Universe", or DU for shorts where artists gets to make their superhero or supervillain characters.

I created a superheroine named Goldstar to enter this Battle Royale OC tournament at DU that went in five rounds at a bi monthly basis from Mars to November in 2020 and much to my surprise, I actually won the tournament. I've never won a OC tournament before, so it was quite the hoot for me.

So after winning, my character was given a prize and that had so much story potentional that I've decided to make a mini series in five issues featuring Goldstar and all the hilarity that comes after.

And here it is, updatinig the comic every Tuesdays and Thursday and will be exclusive on DeviantArt only and can be shown here: