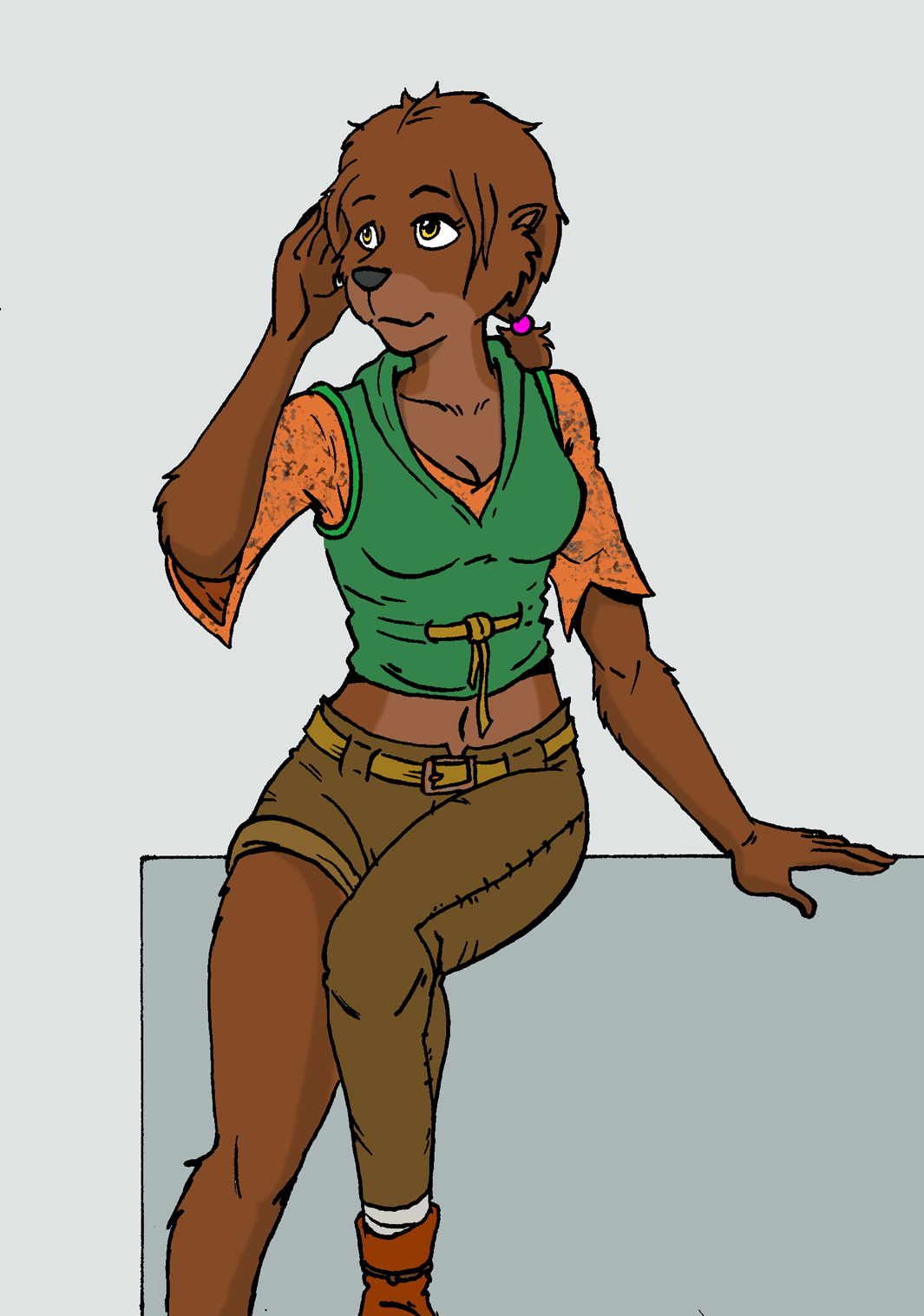 So I was doodling some poses I saw on Pinterest to practice myself, and did some casual doodling on the "Gasoline Run" project where I did finally manage to come up with a decent design for her outfit.

It's basically based on my mind set that just because the world has ended one way or another, it doesn't mean that people wouldn't be able to read a book after that. I mean, sure people would be in panic in maybe half a decade after the great disaster of free choice but there are like so many preppers and other various organisations who are either for it as a hobby or to really prepare for any disaster that might come one day and not to mention the various religious factions that chooses to reject any modern means of technology like the Amish that I figure would try to help inprove the lifestyle.

So in my mind, I don't really think that the world would become like "Mad Max" or "Walking Dead" but more like say the Old Wild West era where people would learn to use various DIYs skills from books and other people who made a living making various custom clothes, making dye from plants, building up basic houses, farming and so on.