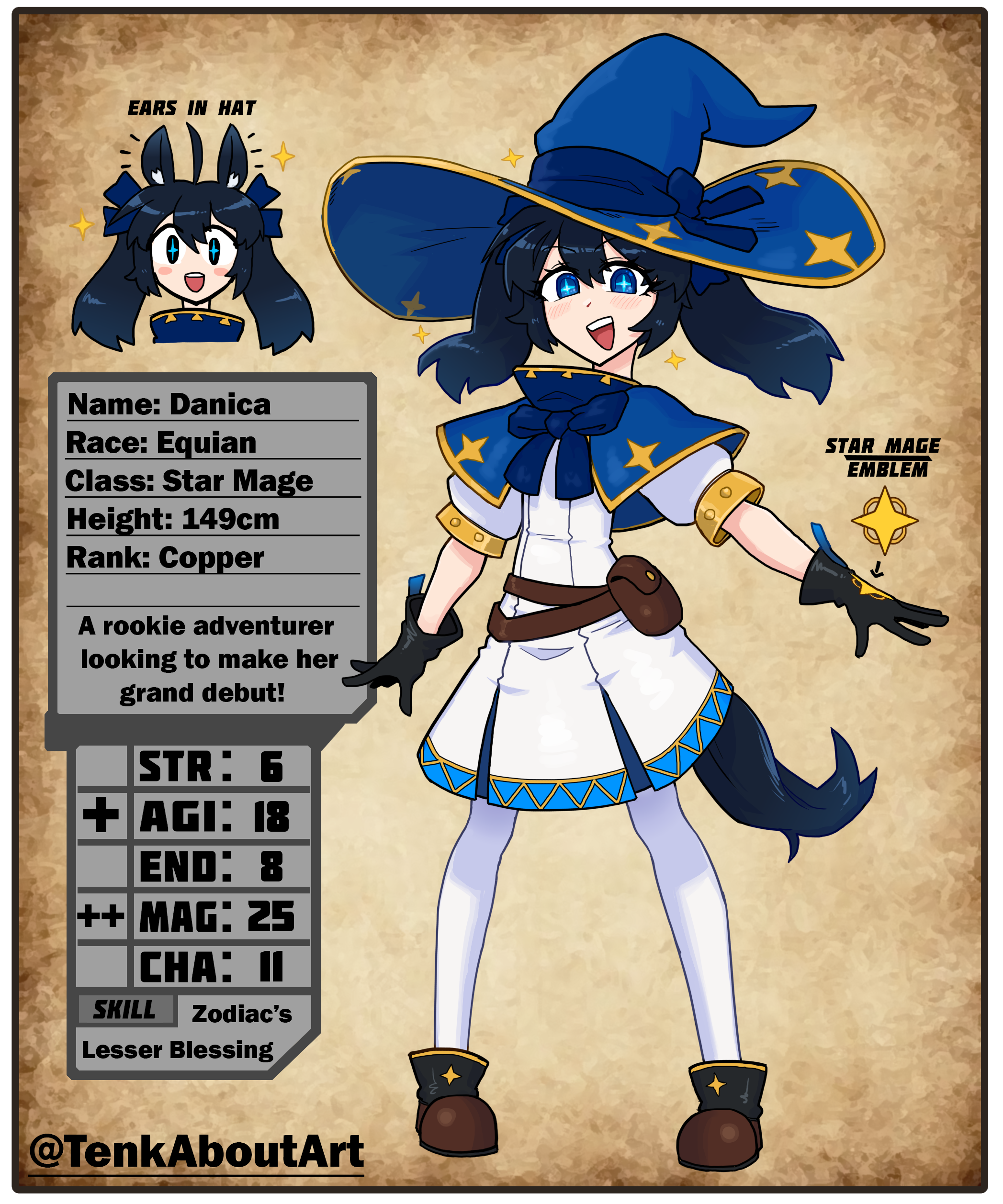 Hey check out this horse!!!

Equians are normally known more for their physical abilities than any mystical ones (a common trait with Demi-Centaur races), but Danica was born with a significant boon to her magic power thanks to the lesser blessing of Zodiac, the God of Beastmen.

Her bright personality and lack of personal space makes her likeable but somewhat exhausting, but please give her a chance!

Star Mages unleash magic with nor elemental affinity. Their spells are never ineffective, though they are also never terribly overwhelming!

Force Ray, the basic Star Mage spell, fires a single beam in the direction pointed. The power and speed can be increased by holding it longer before unleashing.

Equians have very sensitive ears so loud noises and wind can easily bother them.