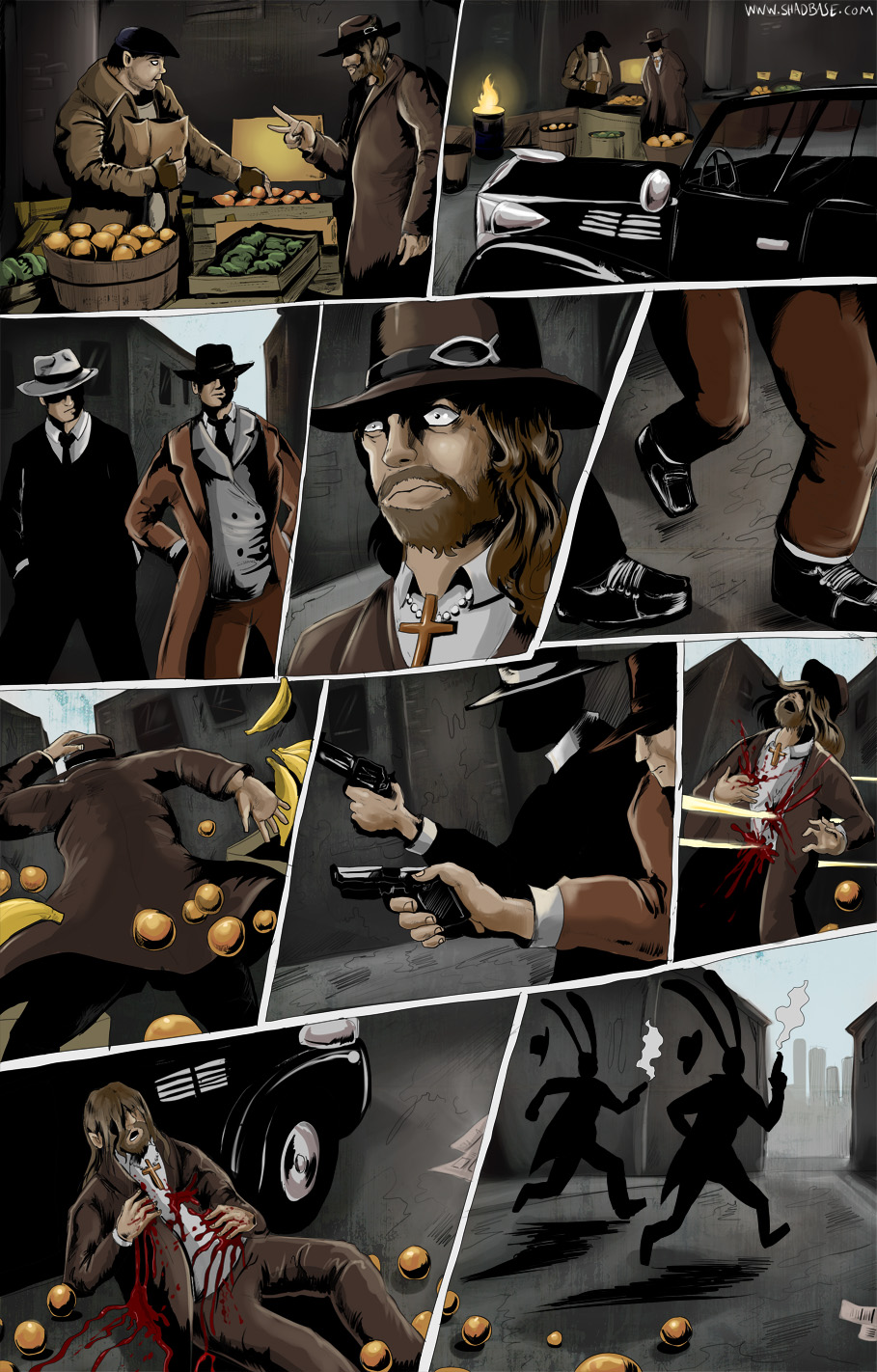 A Easter Comic I did on www.SHADBASE.COM Back when it still was easter.

haha, the godfather style when vito get shot. keep it up shad, you rock!

yeah it looks pretty good but it looks like you got it from a movie called ''The Godfather''
You know the scene when some one gets shot not going to say who :).
It's a great movie and who ever who haven't seen it jet should
download and watch it as fast as they can. It's one of the greatest movies
ever made. Any way i guess It's kind off a ripoff. But still good i guess.
But i don't agree whit it's message. Ester is about PARTYING! Not some guy
that died and then became a zombie a few years ago. But that just my evil atheist opinion :)