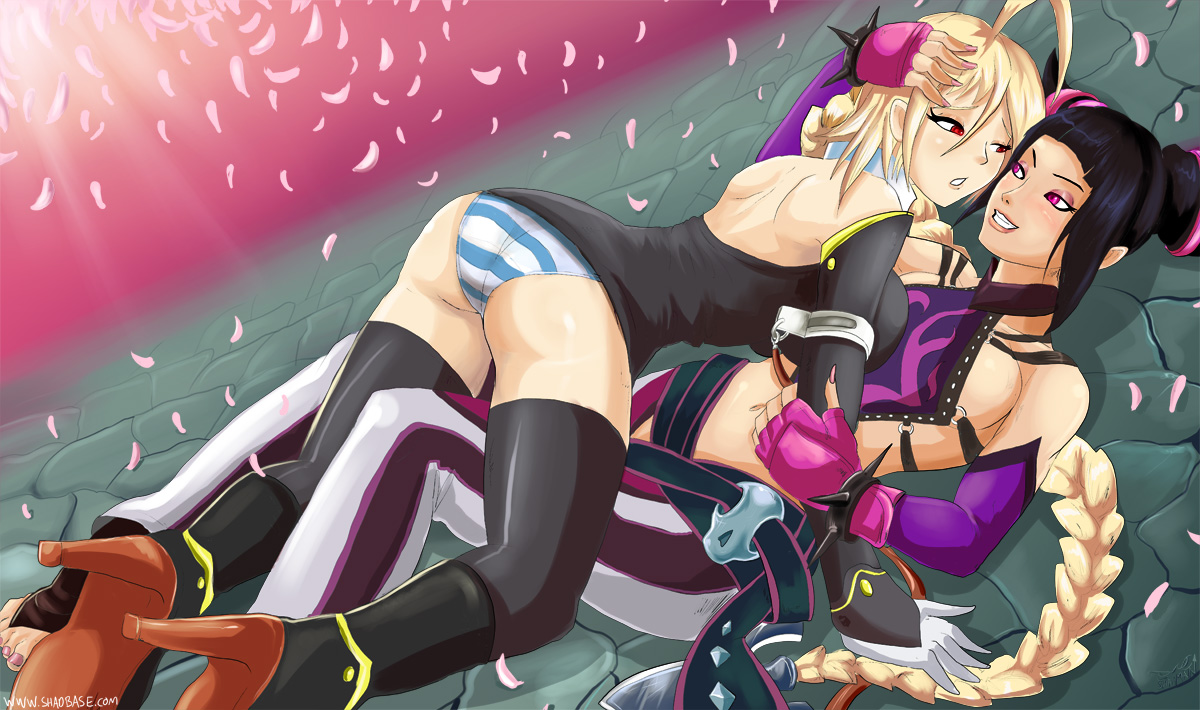 The world is as ever a place of conflict upon the varied fields of battle mighty warriors men and women of great power strive.

Their goals? To win glory in the eyes of their peers and humanity? Gain revenge for a wrong in their past hatred and anger fuelling their might as they strive through their paths...others just love a good rumble.

After one such particular struggle...two powerful warriors find themselves...in a completely new kind of struggle.

Whilst her body was built to be the ultimate weapon Lambda's mind is a naïve and curious thing and after the exertions of a this particular battle Jun seems to be taking more then a little advantage of this.

Maybe the more worldly of the two battling beauties wants to discuss the finer details of grappling?

Maybe the complex manoeuvres of a new throw, leg lock or arm hold?

...or maybe that smile suggests that the two wish to practise more private combat rituals.

Jun was glad that she had chosen to confront this young fighter, her beauty was as such that she just HAD to include her in the collection of female fighters...she just hoped this toy lasted longer then the others had.

Her own chest squished delightfully against Lambda's own, the sensation promising more then just a thought.

The smell of the young girl's hair waft into her nostrils, exciting her mind and causing her to think lewd and wanton thoughts...bare skin...tight cheeks...all taut and slick...oh she really wanted to sink her teeth into the young waif.

A smile grew upon her lips as her powerful arm drew the younger female into her grasp as a spider comforting a butterfly.

Yes this one would not escape...

Juri & Lamda?
IMMA GONNA PISSED THEM OFF!!!!!!!
*pick up shotgun then shoot until scare them away*