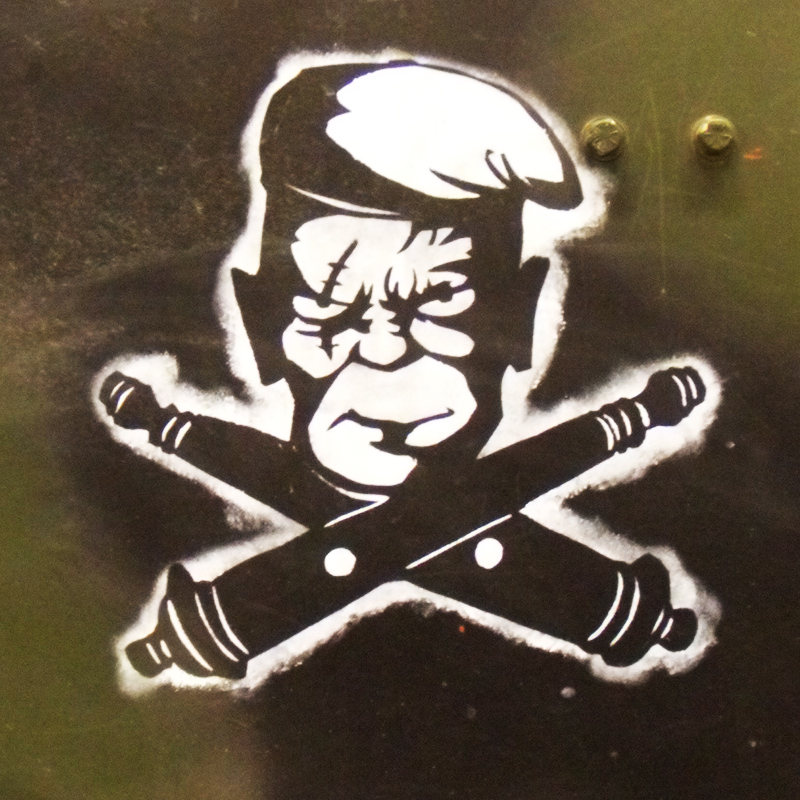 The Battallion Spraypant on all of our tanks in the army.
Designed, Drawn and Produced by me.

~~REVIEW~~
oh notbad, this is actually pretty neat, kinda neat, would have been nice to see abit of color maybe like his scar on his head but guess that wouldnt work too well and might just fade after abit, but its a nice decal look, maybe even instead of the black have it in {RED} its a good painting and everything seems just right, some more detail would be nice, and maybe an extra detail would be maybe a {FLAG} with another logo on it or something, especially if its on a tank of some sorts,so maybe those suggestions could really improve on this making it somewhat more detailed, but other then that its pretty good on itself, anyways nice job, ill be looking for more of your works.

~~THINGS TO IMPROVE ON~~
some slight details changes and added like some touch of color maybe changing the black shadows to some red color or other color.

Pretty damn slick. I like it. It is excellent (as most of your work is) and I would wear that proudly man. What are under him? To me I thought they looked like old Italian stiletto switchblades.

Simple and to the point of death

Hmm what are those 2 rods crossing? stick grenades? anyways im pretty sure we can find shad's tank because his will have a dick on the side of it.