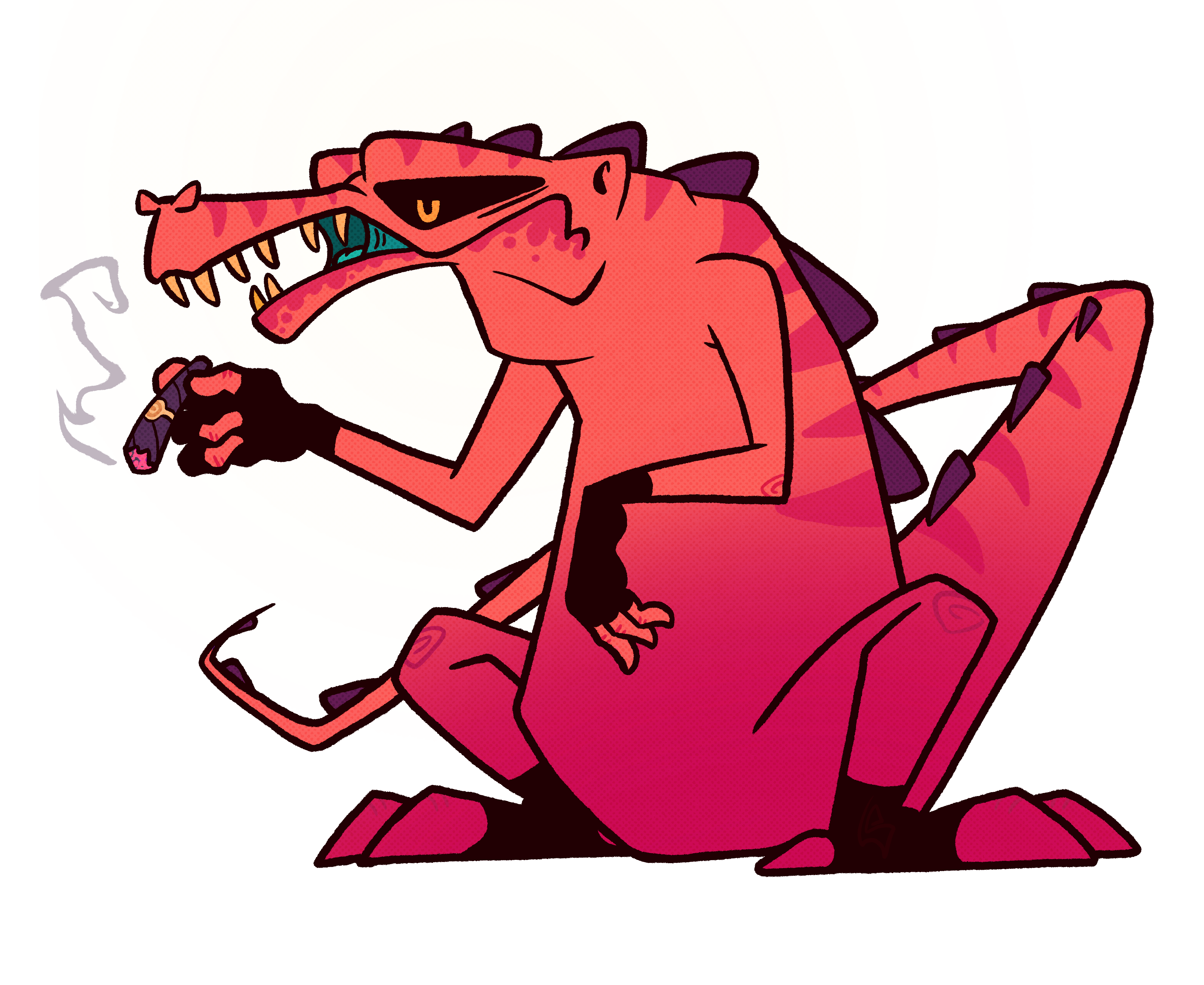 SUPA COOLLLLLL (and not just because i love crocodiles)

On the tecnique used, I gotta say that the colors are great, and the proportions are nice.
Just one little error on his right feet, which is abit too inclined, making it look that is not touching the ground.

On the creativity used, I see an interesting concept behind the character, but it doesn't seem that you used it to its maximum. He kinda reminds me one of those classic journalists, but this is probably beacuse I have too much immagination. Extend it! Because it has lots potential.
I also really like his name.

In the end, it's a pretty nice drawing, but make it MOOORE! So it can be a great character!

This rad reptile looks pretty cool, nice character design. Also I like how he looks like a biker.