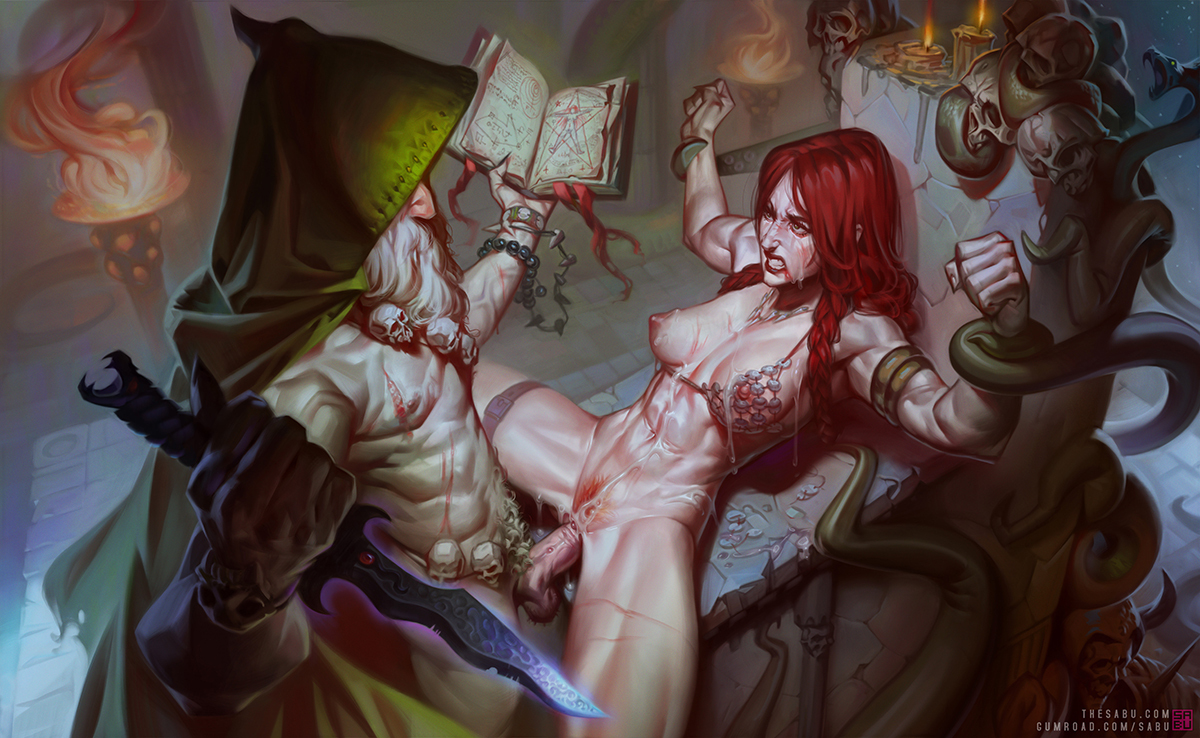 This pic as really, REALLY fun! I love drawing stuff in this setting (medieval fantasy), and Red Sonja is one of my favorites character, so it was a really cool project.

With this pic I tried to add more story telling elements, to create a better context for the pic, actually, I have some ideas for a possible sequel to this pic, so you can expect Miss Sonja to show up in the polls again later on!

Aye this is great. Nice job

How did you get so good at anatomy?

That's a bit clichê but lots and lots of practice and study, here's a few useful anatomy resource for studying:

LOVE this piece, the emotion, the action, the idea of Sonja's body being used by a wizard to complete some sex ritual is really hot. Never stop drawing Sonja pls.

I'm unfamiliar with any of this. Looks like Merlin. Shows how much I know if I'm wrong. But I had to rate it only because the detail was fantastic and I felt the emotion. Her nose and the detail in it is what drew me in and is my favorite part. This piece is nice despite the sex. His dick in her makes for a great awkwardness as he enchants her or whatever, but it would be just as quality without it. It's extra, basically. The skulls are a nice touch and add tremendously here. I love the tentacle restraints, but I wouldn't know from another angle that they were tentacles if the suction cups were out of frame due to the snake being the same color. It's confusing. The idea of fucking and cutting and killing someone as part of a ritual is hot, but I couldnt kill her because she's a hot white girl. Her red hair is beautiful. I guess I'll follow your work and maybe look into her then.

Thanks man! and that wizard is an original character, his not canonical from the Red Sonja's comics.