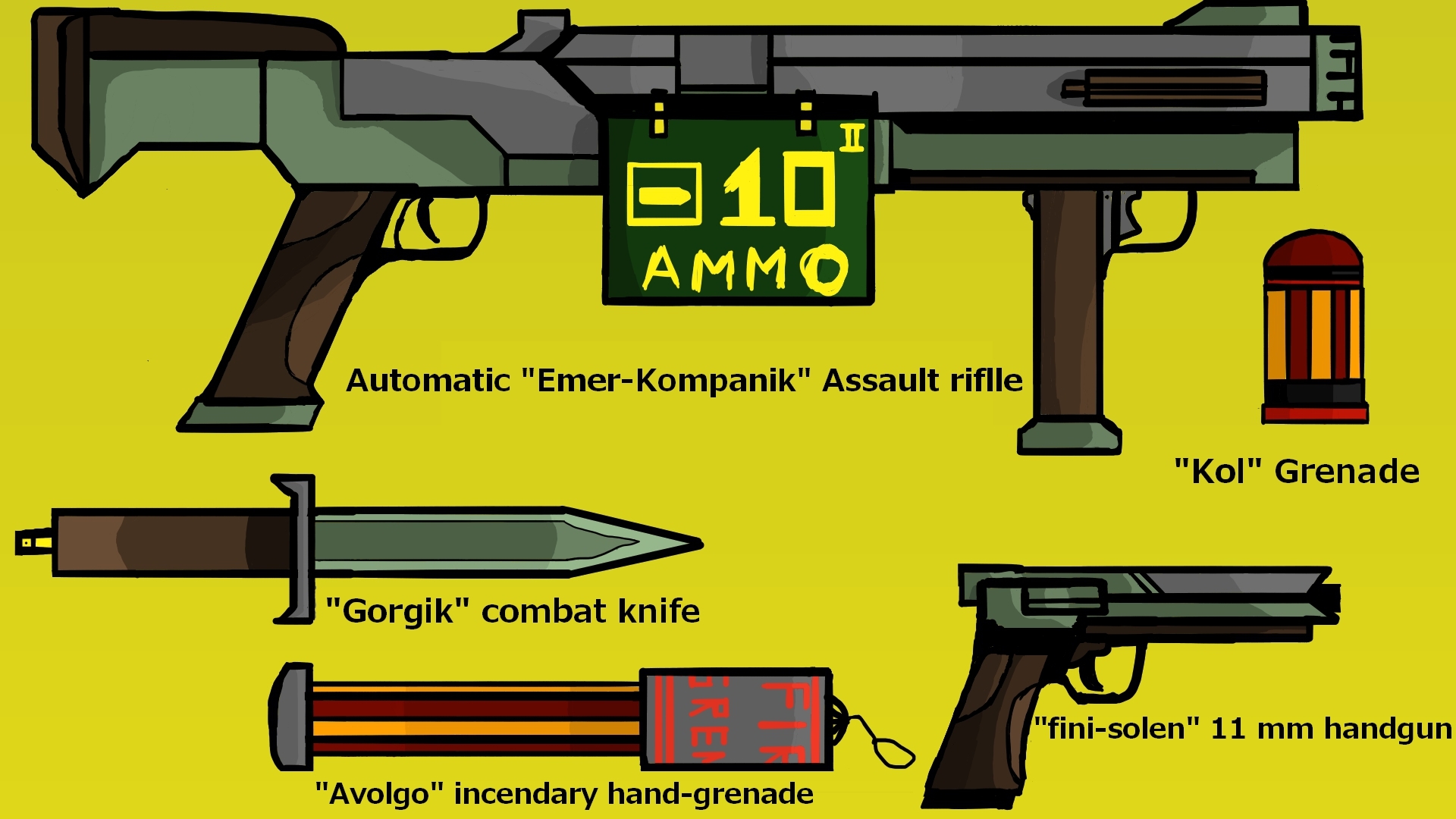 While the neredian infantry equipment focus on quantity and reliability. The aryanist infantry equipment was made to granted to it's target a great amount of firepower in a short time. Since the very existence of the Aryanists armies, professionalism, fast actions and great damage was a priority for assuring victory to the army. The "Emer-kompanik" was a perfect example of the aryanist's military doctrine, having bigger bullets, integrated grenade launcher, high fire rate and a revolutionary cooling system. They also use an archaic but largely improved hand grenade, been sometimes filled with napalm and even pyrolith.