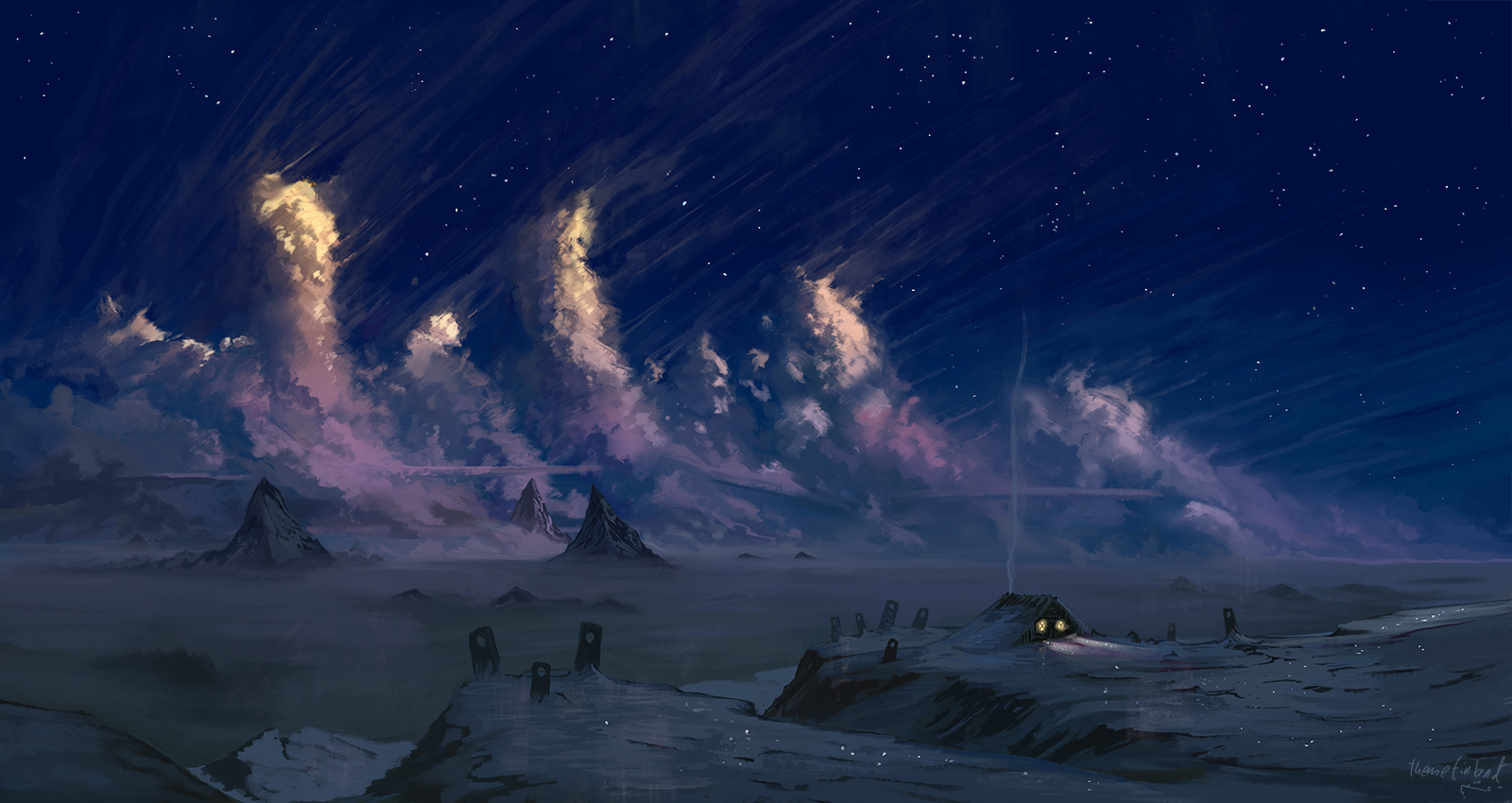 "Somewhere near the southern edge of the dragon teeth ridge I ran into a rare cabin a top the mountainside. I was warmly welcomed in by a kindly old fellow by the name of Rammi, an undertaker, who I believe has been in that profession for quite a few years judging by the discoloration of his scales. He doesn't enjoy company that much and prefers to live a life of solitude with his pet snake. A few times a cycle he receives visitors who need someone delivered away, which he assumed my business was, but I suppose my age gave away my real purpose up here in these mountains. His cabin was filled with all sorts of stone statuettes that he does on his spare time, which he seems to have a plenty, his favorite subject certainly is clouds, as there are many rocks carved in their shape. It was really quite impressive to see how he could make such a hard material seem so soft.

I was also able to learn more about his profession. Apparently the tombstones themselves are most always carved on the spot where the person is to be laid to rest, which seems so obvious now that I look at how large they are and how they tend to erected in some tough elevations or terrain overall. He also said that he sometimes is away from his cabin for months as he sometimes has to travel far to do his work. I am guessing at some point many people lived around here as I look at those stone monoliths outside, but I wont press that issue. Before heading to bed I will look at the clouds awhile longer as they are quite dazzling tonight.

Oh yes, and I did ask about his title, he finds it quite ironic, as most people like to have a high place to be their final spot on this realm. An old carry over from the albinos, he supposes."