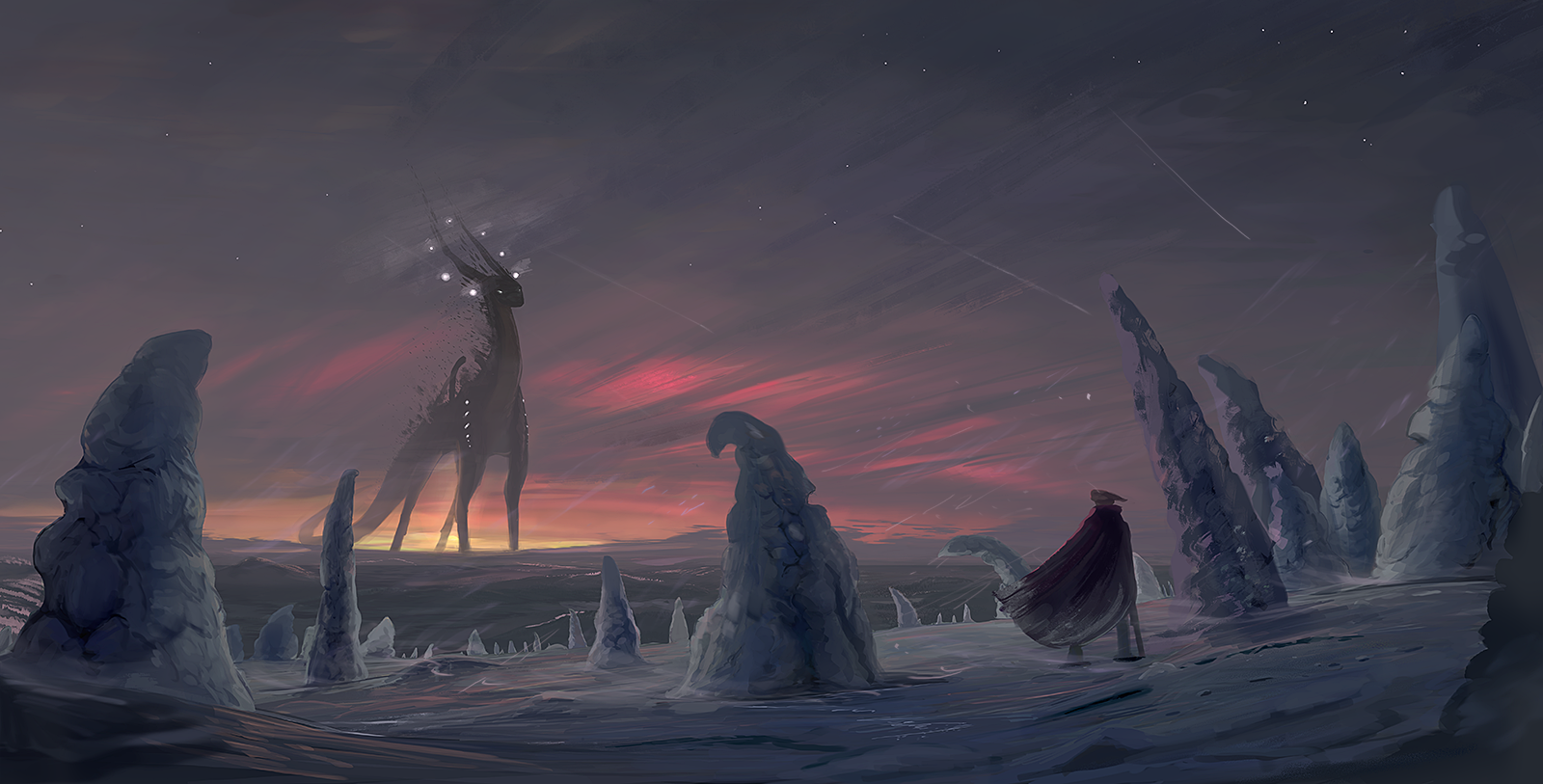 This was an older drawing that I hadn't uploaded, it had a bit of worldbuilding content in it so I felt like it was good to upload it. "The northern dragonoids have a rite wherein they go live in solitude in the wilderness for a couple days at a time. During this time they consume the father of fungus plant and experience vivid visions. These visions oftentimes are interpreted as omens of things to come. Usually the manner in which the person arrives back to town is a good indication on whether it was good or bad things they saw."

Gotta five stars that stuff instantly. You can't even realize how much I love gigantic creature/buildings such as this dragon here.

Great colors and an awesome concept. The lighting is nice as well. I really like all the icy things poking out of the ground. I also appreciate the snow on the character's cape. The design of the Tundra Goddess is really cool. It's not the most original, but damn if it's not cool. I like the shiny orbs around its head, as well as the fact it seems to be dispersing, which is appropriate for a vision. I'm not sure if those are the bones sticking out of the back, but if they are, I don't think it's a good thing. It would ruin the majestic feel if it turned into a skeleton. I feel like this is more of a thing where a magic creature appears and disperses without a trace. Even if they're not bones, I feel like htey kinda ruin the feel of the creature, because the rest feels very clean.

ooh boi, this some good shiiet