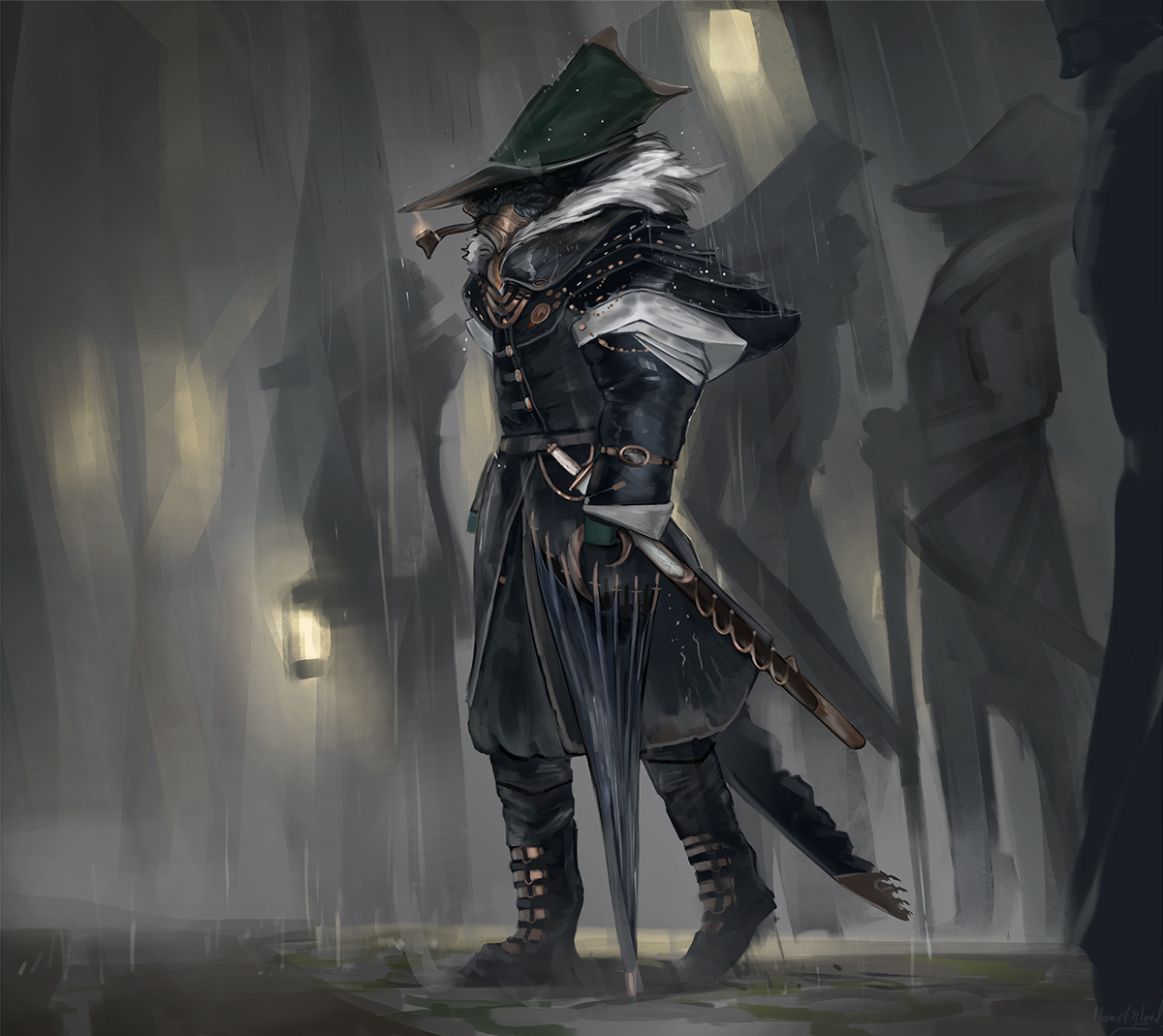 "Blood and guts is how it was described on the paper. Half of Bellington's, the owner of a company of people he referred to as "hard labor social workers", lower jaw had been completely blown off by an assassins bullet. However, what the papers were referring to were the blood and guts of the assailant who was beaten to a pulp by the lord after regaining their composure from the initial blow. Unfortunate for the assassin they did not carry another concealed pistol and instead foolhardily had faith that their aim would be true.

After the incident he began to appear only with a posse of his own workers by his side, all of them heavily armed, all but one. Bellington had a fascination with duels and meting out justice via force and this one worker carried only a modestly sized blade with them, ornately decorated much like their bosses, but this blade was intended to be handed out to any would be assassins or someone with enough of a spine to challenge Bellington to a duel.

This kind of straightforward thinking made Bellington a very divisive character. He was equally loved for meting out justice to outlaws and keeping many gangs in line, but he was also hated for his unpredictable temper and strongarm tactics.

Bellington is not actually a lord, at least not by decree. He and a lot of people refer to him as one, but he is not a noble and has not been anointed as one, due to his questionable relationship with the church and religious sects."