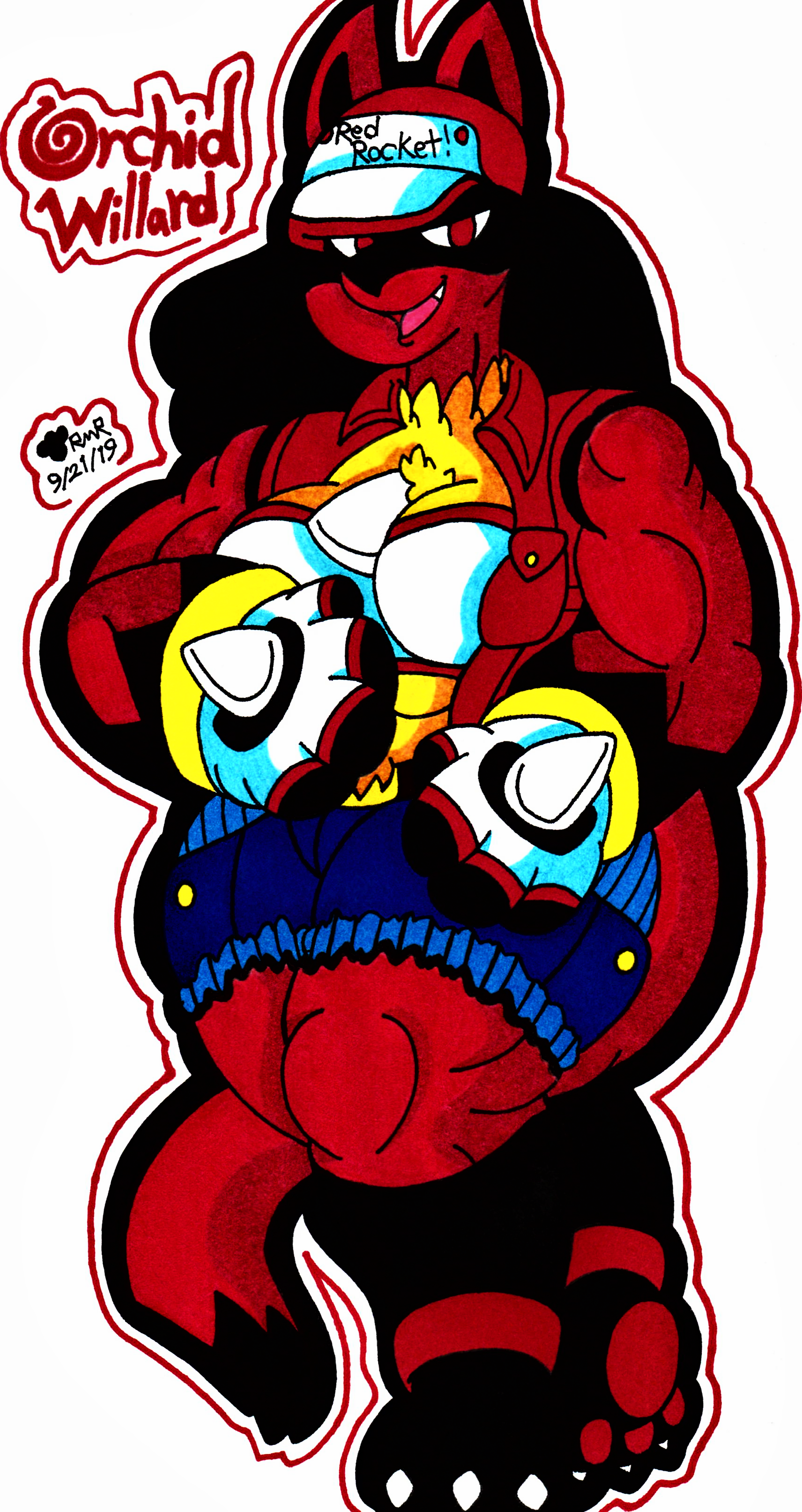 It's been nearly 3 years, but I got around to drawing my Lucario girl again.

Boy, I sure neglected my Pokemon characters huh?

Honestly I'm not really sure what made me want to revisit Orchid, but I kinda have been in a bit of a Lucario mood after I got a great plush of Lucario recently.

I always often forget that Lucario is normally just defaulted as a male in most people's eyes seeing how it's gender ratio is more leaning towards male than female in the games.

That and I'm pretty hyped for Terry Bogard of Fatal Fury/King Of Fighters fame joining Smash Ultimate as it seems everyone forgot about him after the Sans Mii Gunner outfit stole all of his thunder.

So basically I wanted to kill 2 birds with 1 stone and redesign Orchid with Terry Bogard's clothing.

I did however change Orchid's fur color from purple and blue to red and black.

The alternate "outfit" for Lucario in Pokken Tournament was just red, but I think it worked out rather well for the 2nd player color.

Aiming for Pokemon accuracy is something I wanted to try doing when I got around to redrawing my Pokemon characters; so that meant making Orchid's feet and hands a bit bigger and more "paw like".

I also got rid of her more normal hair and kept the more dreadlocks like hair.

Overall, I really liked the way Orchid came out.

It's nice to have her around and being a bit more buff than before.

Also, would this still count as a Halloween picture?