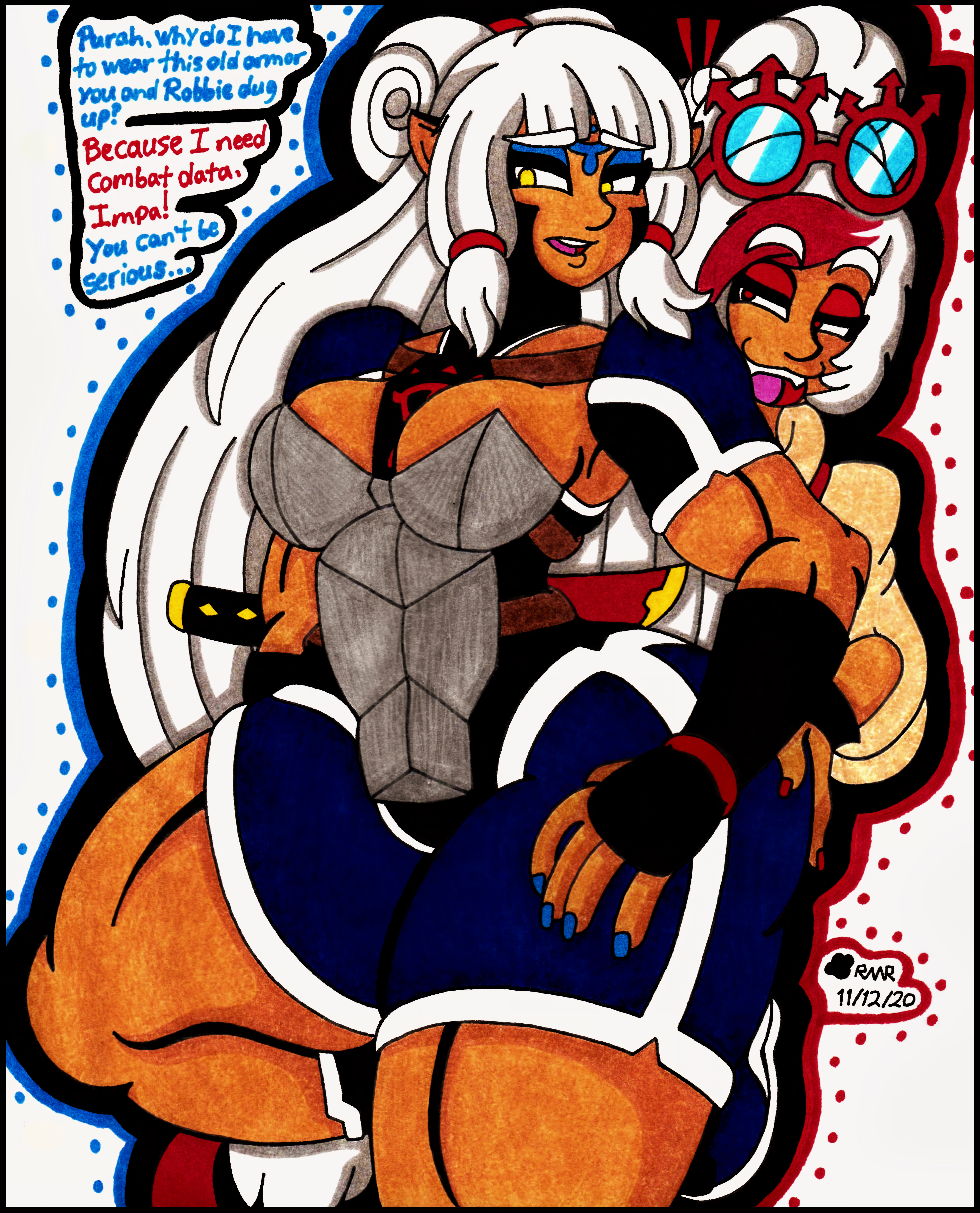 Oh man, this one took so much longer than I expected.

I'm quite a Zelda fan, and once I saw Hyrule Warriors Age of Calamity and the fact it's going to be a cannon official prequel to Breath of the Wild made me ever more excited.

When I was playing the demo of Age of Calamity, I quickly found out that Impa turned into my favorite character to use in the game, thanks to her clone gameplay.

Since then, I wanted to draw Impa, but I didn't really want to draw her in her normal outfit.

So, I decided to put Impa in her Ocarina of Time outfit since it looked like it'd be fun to draw.

Some details might be off or I changed intentionally, but I really think this looks good on her.

And since the picture was looking bland, I drew Purah behind Impa, giving her a "good reason" to wear that old armor.

I'm glad that Impa and Purah turned out nicely, considering how detail heavy they tended to get.

And hopefully, if Link can wear difference outfits, then the other characters can to.