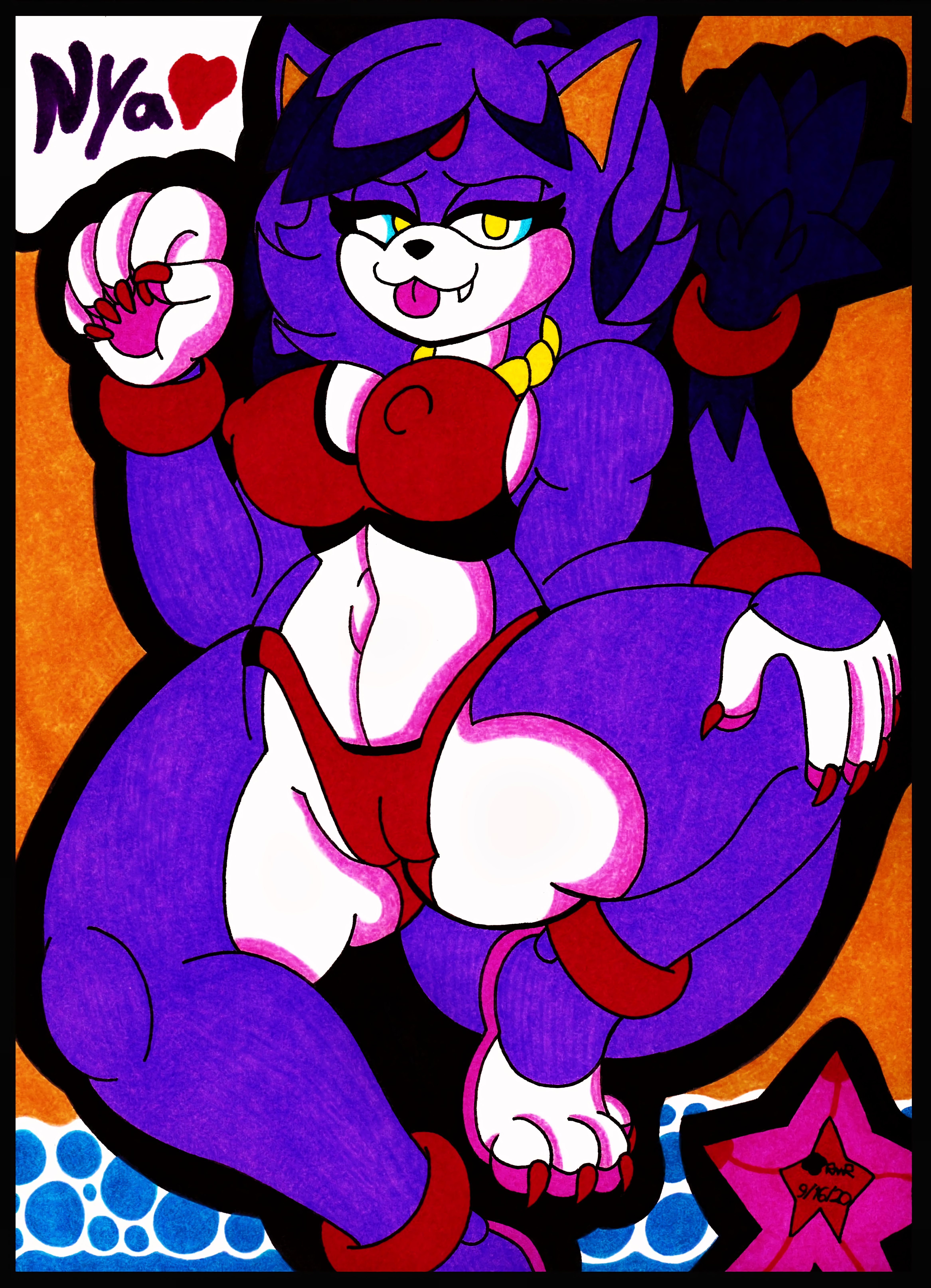 Since everyone liked the Tangle and Whisper picture so much, I decided to toss in one more Sonic picture before Summer's End.

And what better way than to draw my favorite Sonic Girl, Blaze the Cat.

This one was pretty easy to work one actually; I was quite surprised that I was able to get this pose to work the on the first attempt.

Originally I was going to have Blaze in some lingerie on a bed, but I kinda wanted to do some last beach picture.

With Tangle and Whisper walking along the beach, I wanted Blaze to be laying down on the beach.

I added a small little seastar just so the background isn't all sand.

Some water was added to the bottom as well, just for the sake of breaking up the colors.

Not too much to say other than I'm happy with the way this piece turned out, I'm also thrilled my dark purple marker wasn't as dark as I thought it was.