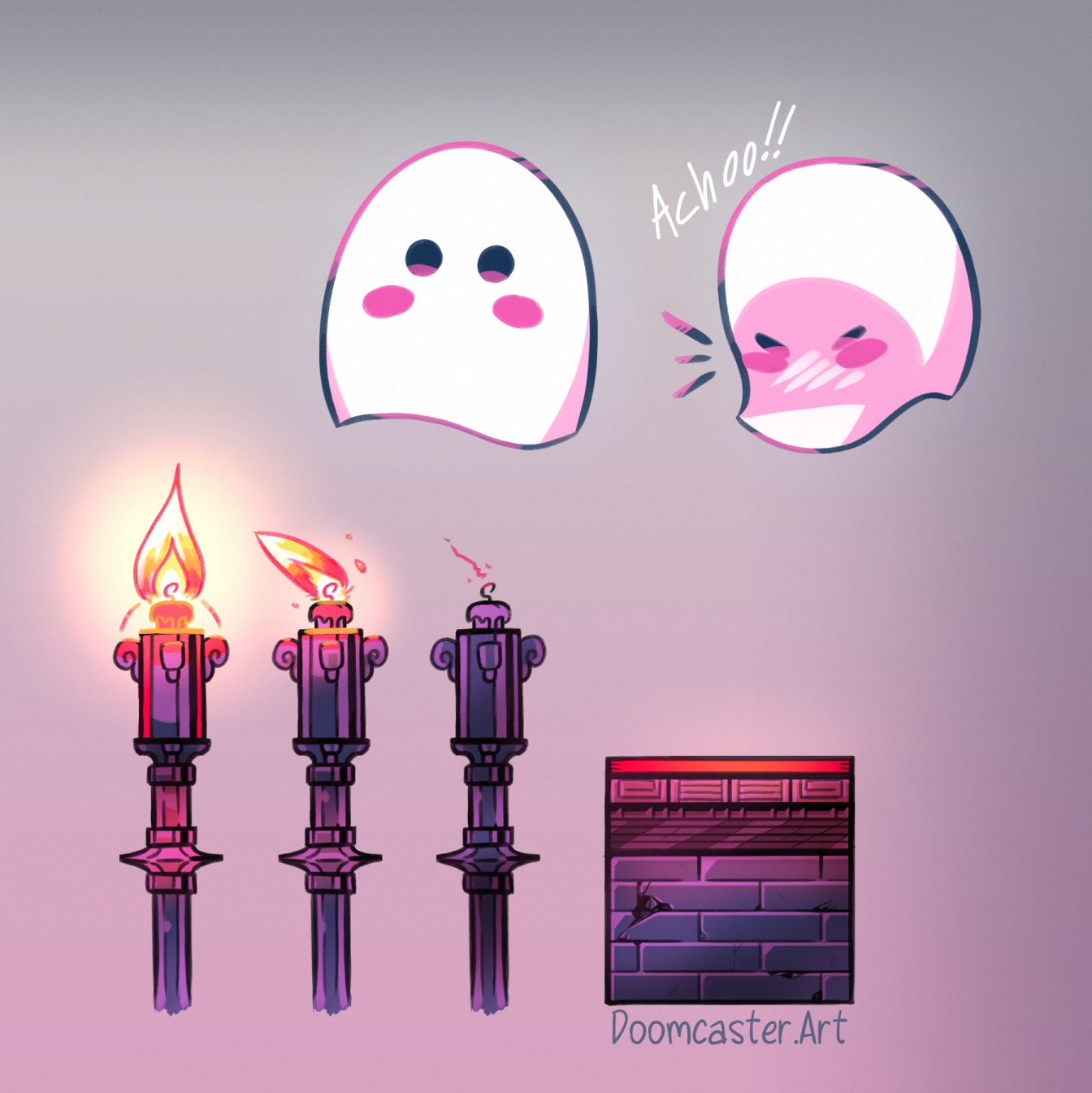 Decided to make fanart for an old game of mine that could've existed.

I was browsing through some old tweets (1 | 2), and found this old PICO-8 game I was once making back when I was into gamedev. I had dropped the project to work on other ones (like always, ahaha), and it ended up going nowhere. Sadly, the old project files are lost to time. I'd love to go back to this idea one day, but gamedev is behind me for now.

The basic premise of the game was to go through a cathedral-like mansion to blow out all of the torches so your spirit could finally get the rest it needs. You had to blow them out in a specific order per-room, or they'd relight themselves. I planned on having interesting looking rooms just for fun, like the pendulum above, or fountains. Had an outdoor area with trees that I remember looking pretty darn good too.

PICO-8 had some small tilesets, so I was pretty creative with how I made some of the tiles. The top of the archways are also the bottom of the pillars, and the top of the doorways and the fancy trim around the crosses on the walls are just made of the crosses themselves. I wish I had a screenshot of the trees, because they reused tiles from the crosses and bricks as well.