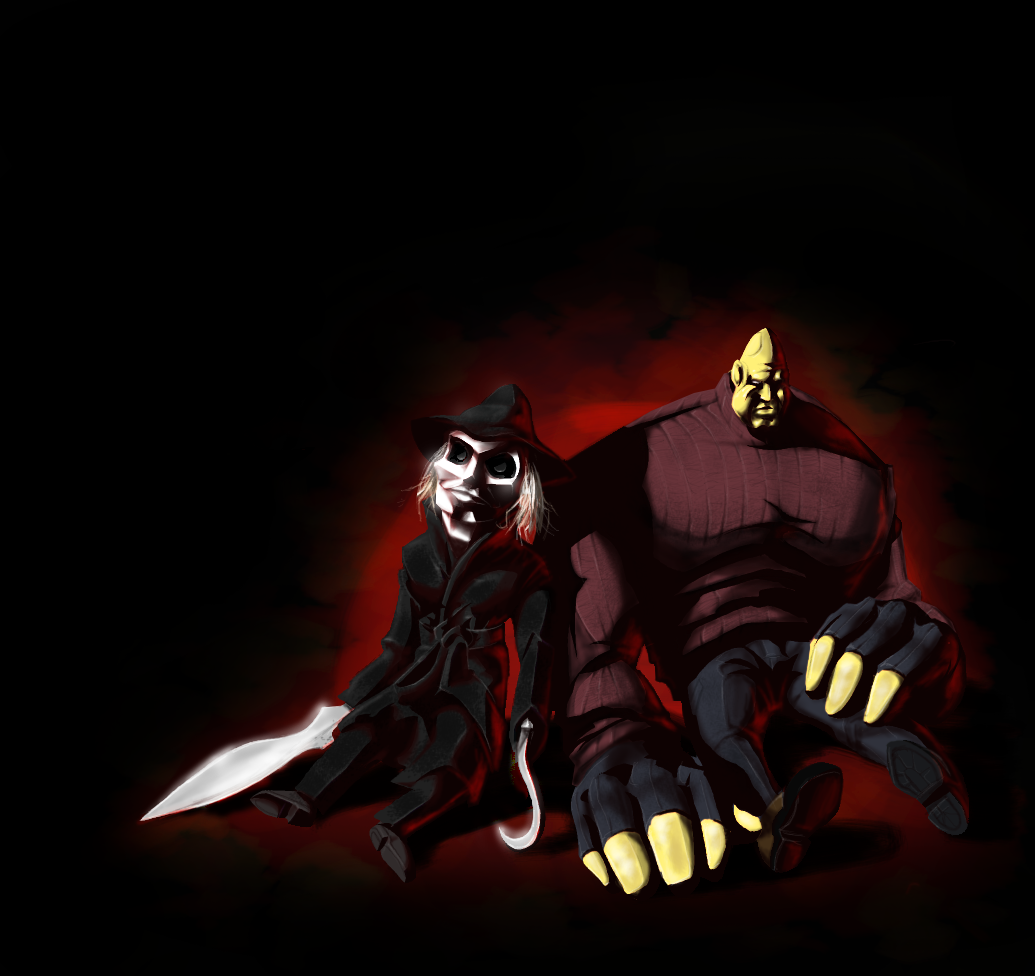 Blade and Pinhead from Puppet Master.

I am at least somewhat familiar with the Puppet Master. I really do like their designs. I'm fairly certain I've at least seen what these guys look like. It's very well done. You managed to capture their creepiness. Another creepy guy named Pinhead?

There are so many of those. I especially love Blade's limbs. I'm assuming he's the one named Blade because he has, well, blades. The darkness really makes it creepy. Then again, I've heard this movie might not have been supposed to be taken seriously.

looking at it makes me feel empty ..like i am the pupet
this is a very nice art!

makes me shudder, not just because its cold today