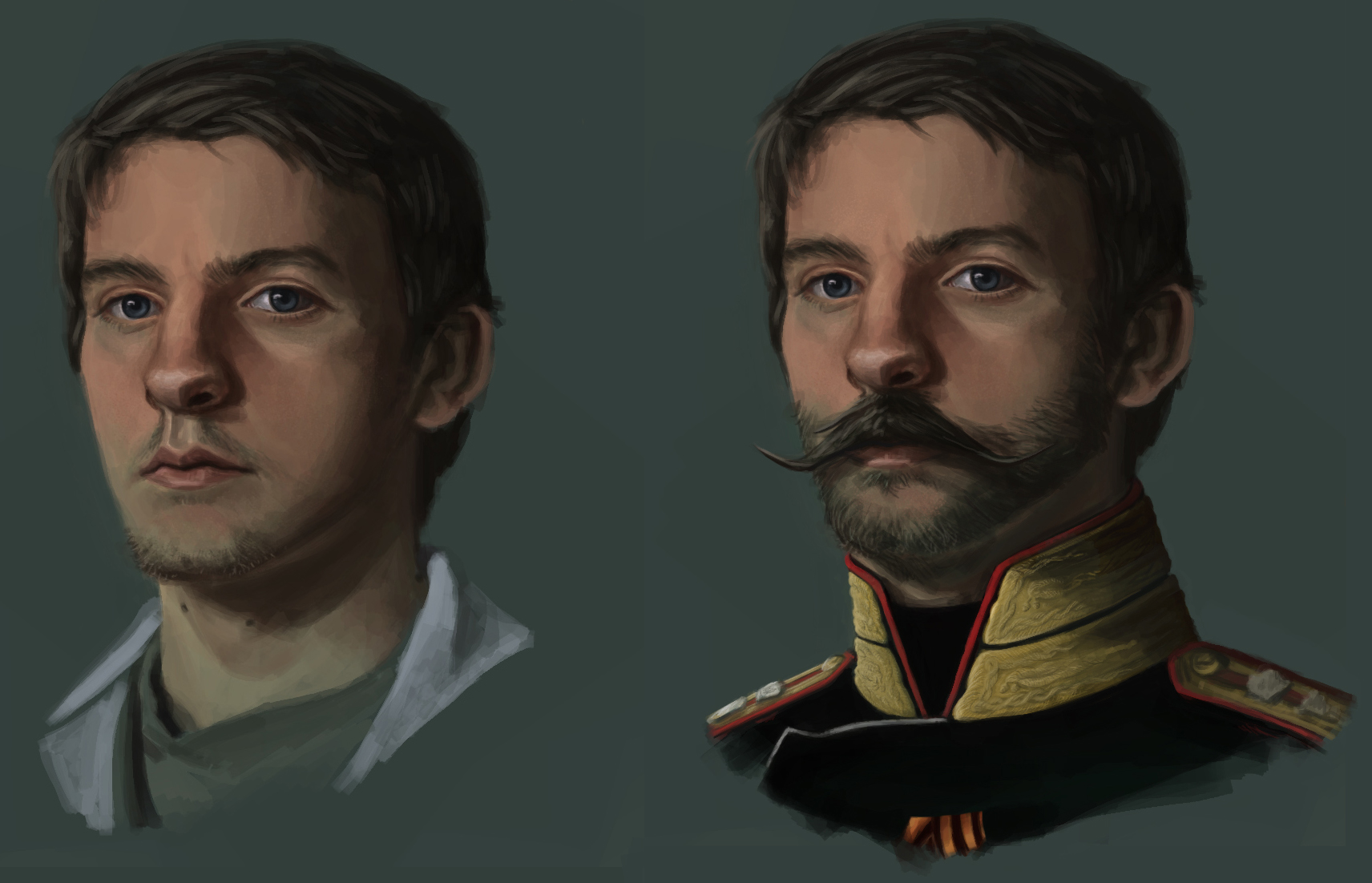 Self-Portrait(s)
Can you figure out which one is the ACTUAL me?

EDIT: HAH, my MOUSTACHE featured on the front page, sweet. Thanks!

EDIT2: Wow, I'm really surprised by the number of comments and compliments I received on this. Thank you everyone!

This guy looks handsome in this self-portrait.

~~SUGGESTED IDEAS~~
Some artistic or gallery like frames / borders

I could have sworn I saw something like this before, but it's a lot better than what I expected! This is a freaking fantastic picture that truly captures who you are. Granted, I've never seen a photograph of you, so I don't know if it's authentic. Anyone who can make something this good deserves credit. I think they're both you. The one on the left is probably more likely to be you in any given situation, however.

It's great how you made yourself look so dignified. It's not the best realistic drawing I've ever seen, but it's definitley in the Top 10. It looks like you were maybe trying to draw your ancestor who fought in some old war. I doubt that happened, but the thought's still great. Even the background is good with its gray color. I love how you're staring out at the audience.