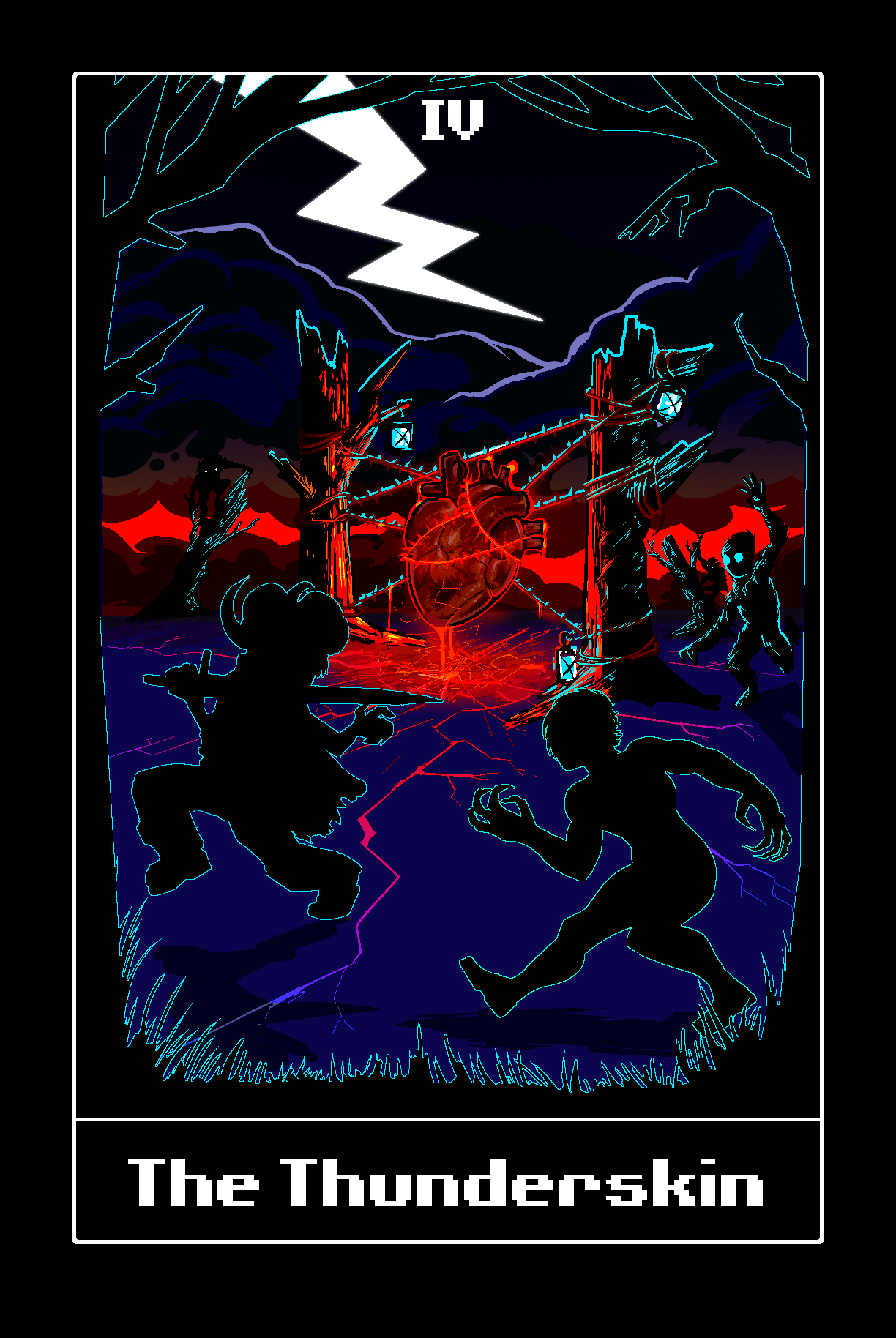 "The Thunderskin is the Heart Relentless, who does not permit conclusion. With the Mother of Ants, he is among the chiefest Gods-from-flesh. He cannot be stilled; he demands the dance; he is beaten, like a drum. Red and blue are his colours. He is heard in the Wood below the world."

Percussigants! Perhaps trying to bind the Thunderskin was not a good idea after all.

I really love this a lot, super amazing job. <3

The colors and texture you used for the heart are wicked nice. I actually had to zoom in just to look at them specifically - which isn't to say that they're confusing, distracting, or misplaced, but that they really do a lot to help pin the heart as the focal point of the image (which, in my opinion, SHOULD be the most detailed thing!) The composition helps with that focus too, obviously, and it looks like you'd built the whole piece around the desire to draw attention to the center, or the "heart of it."

I'm also plenty fond of the color scheme, with the fierce contrast of complementary red and cyan further enhancing that aforementioned effect. It's interesting that you opted not to apply the radiant red light in the center to the trees in the background, because of how it'd interfere with the framing you set up. Great call there!

One thing I'm not fond of, though, is that white lightning bolt. I don't know any of the context of what this image is representing, but I'm assuming it's some kinda tarot card or something. Is the symbology of that lightning bolt necessary to the translation of an original card? If not, I'd consider nixing it for a significantly less cartoony, slightly more cyan one to match both the calculated realism of the heart and the cyan highlights throughout the rest of the image.

Anyway though, in case the 5* rating doesn't say it loudly enough, I fuckin' love this one. You killed it.