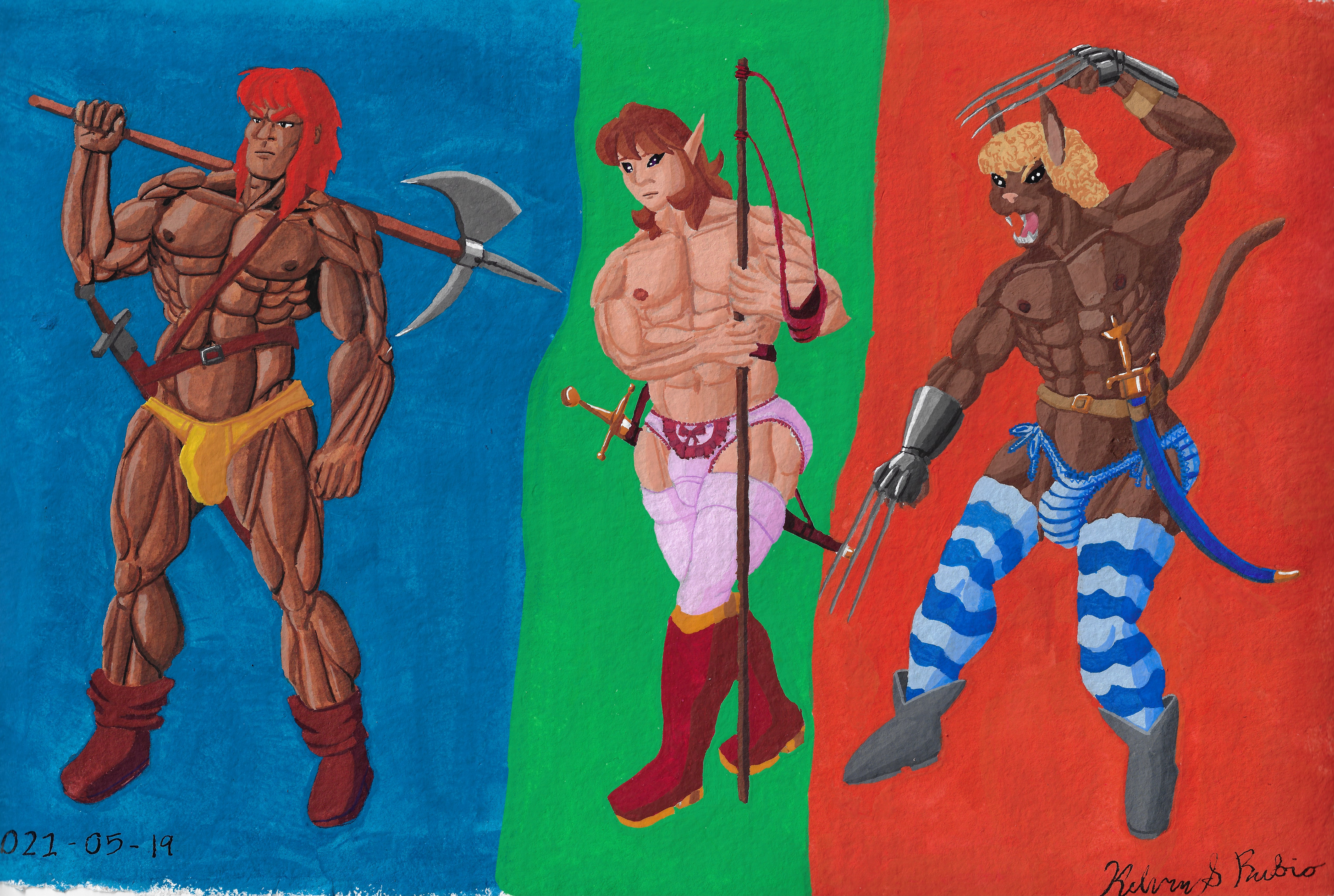 Four days in the making, a gouache illustration depicting the playable characters for the futanari on male RPG, FemKingDom. Our main hero on the left is Judah the mysterious barbarian, center is Adam prince of the Elves and on the right is David prince of the Cait Siths. In the world of FemKingDom, Judah is tasked by the king of Nastaria to rescue his son from his kidnappers in the Venus Region. Venus is ruled by feuding queens who kidnap men for sexual slavery. Judah must venture to the region and fight many futanari monsters and resist their temptation in order to save the king's son, on his way he will encounter several princes from the kingdoms of Venus who will help him on his quest.