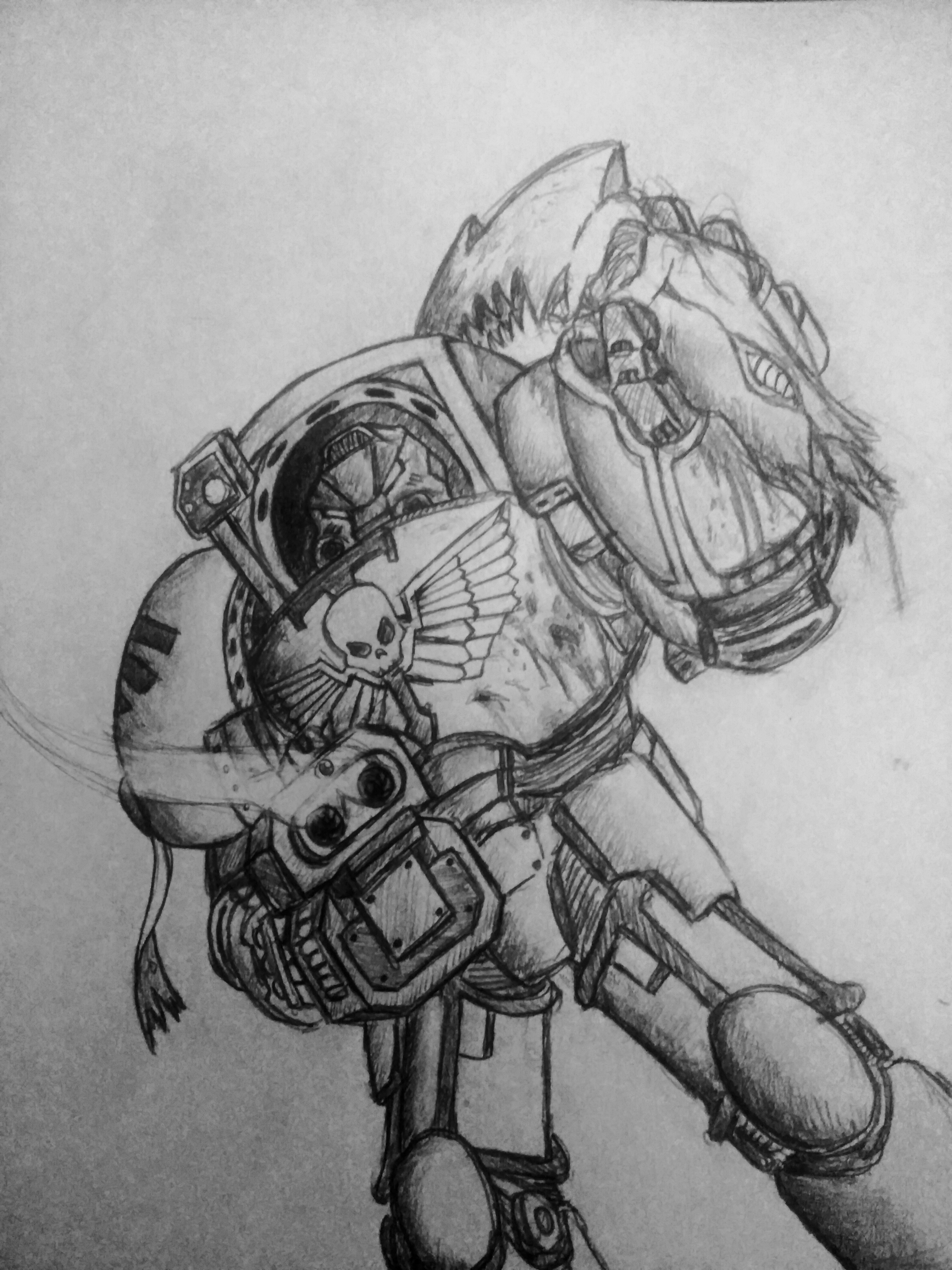 MY BOLTER, MY HATE

Without warning a Tyranid genestealer burst forth from the shadows, raising its razor scythe-like appendage to claim the warrior's head. Through pure superhuman reflexes, the Terminator caught the descending strike with his power fist. Seething with utter contempt for the foul creature, he immediately leveled his storm bolter upon the abomination's torso and lets loose a devastating salvo of high-explosive shells. Each impact pulverized the monstrosity to smoking scraps of gore and viscera. Bloody chunks splattered against the warrior's ancient armour. Only the xeno's severed appendage remained, still clutched in the Terminator's power fist.

Wow! A drawing that isn't pony?! Heresy! But yeah, this is my first ever attempt at drawing anything warhams related. I think it turned out okay. Been playing a ton of Space Hulk Deathwing too. Fuck Stalker strains and Psykers.