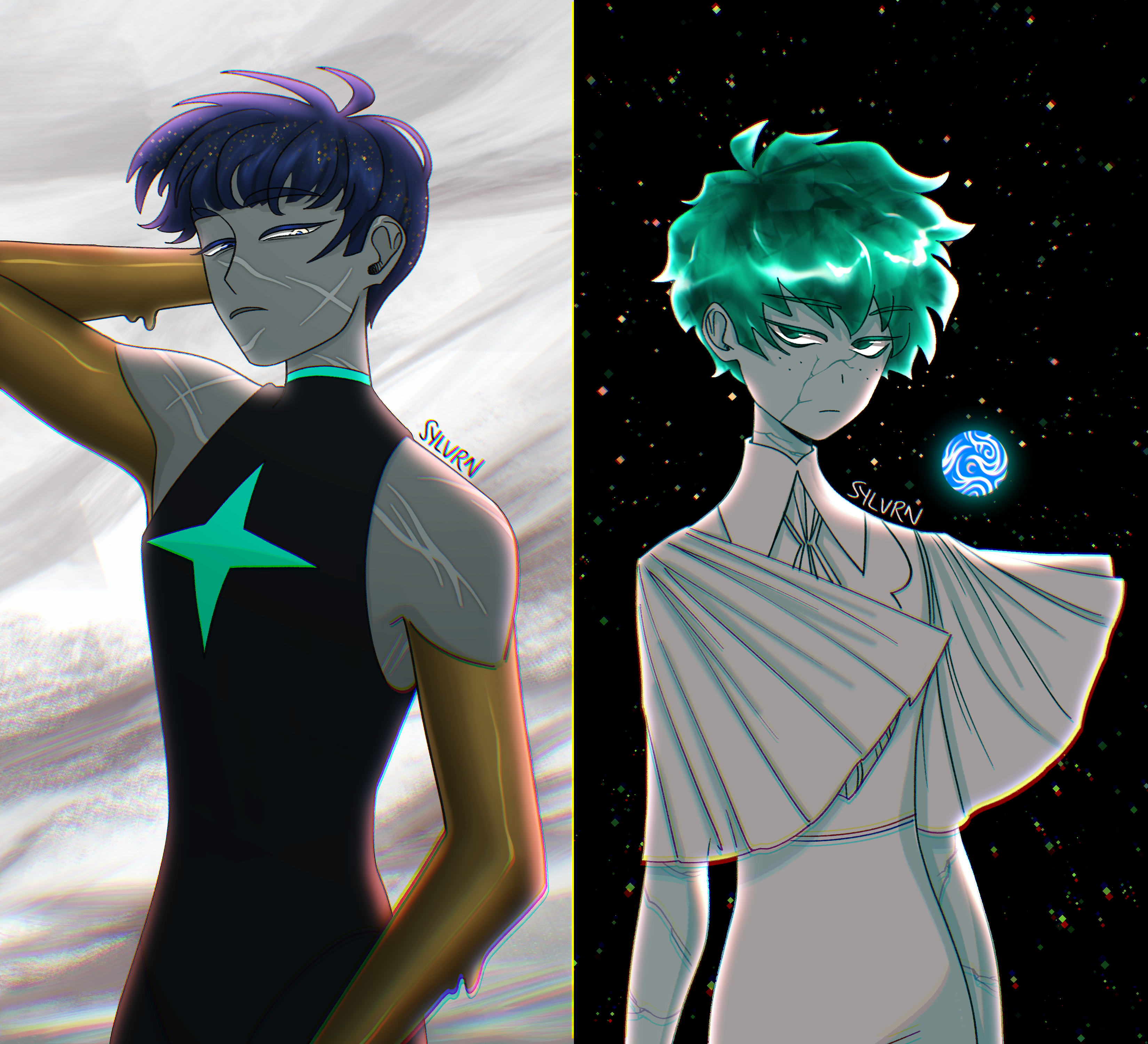 A universe/role swap of Phos from Houseki no Kuni and Midoriya! These kids are surprisingly similar—

-both repeatedly break their bodies in pursuit of their goals

-both left their friends behind in the pursuit of their goals

... And I don't think that's even all of their similarities 🤔