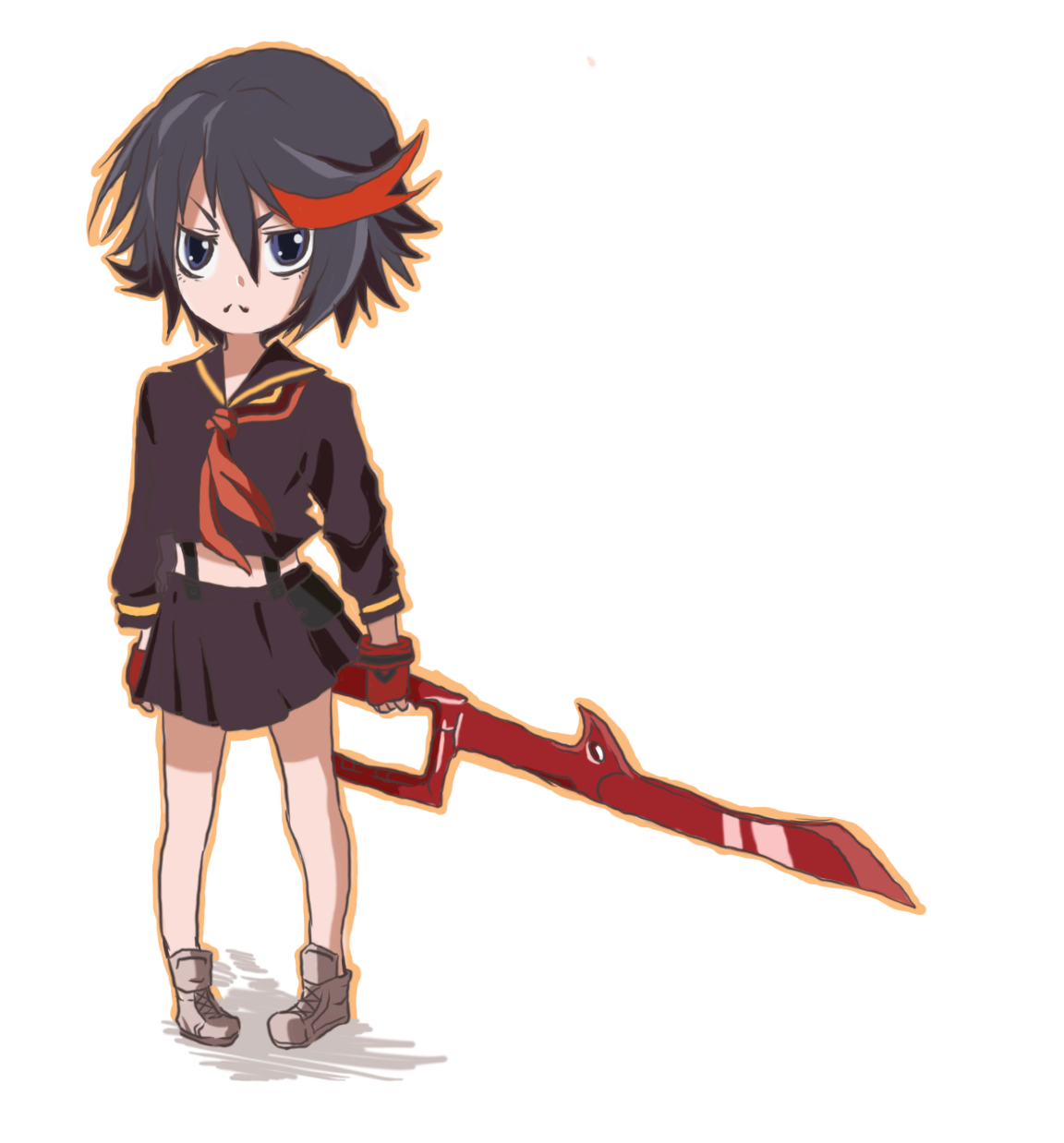 Gotta practice got an anime convention to do in September D:

Not bad, the colors are nice and it's definitely got a sketchy style to it. It just looks a little off with the lack of background. I assume that sword is supposed to be going behind her and touching the ground, but a lack of background makes it look like she's just holding it funny. And if that's not what you were going for, then she's just holding it funny. The legs look a little off with their positioning. Lastly, I'd say the lines aren't that great in the picture. A sketchy style is okay, but I don't feel like it works as well here. It makes it come off as amateurish or unfinished, and it feels like some of the lines are a little too faded in the clothes and in the hair as well.

It's not a bad piece, but I feel as though a little bit of everything could use some improvement. And based on your other work, that's not too big of a challenge. So, keep at it.