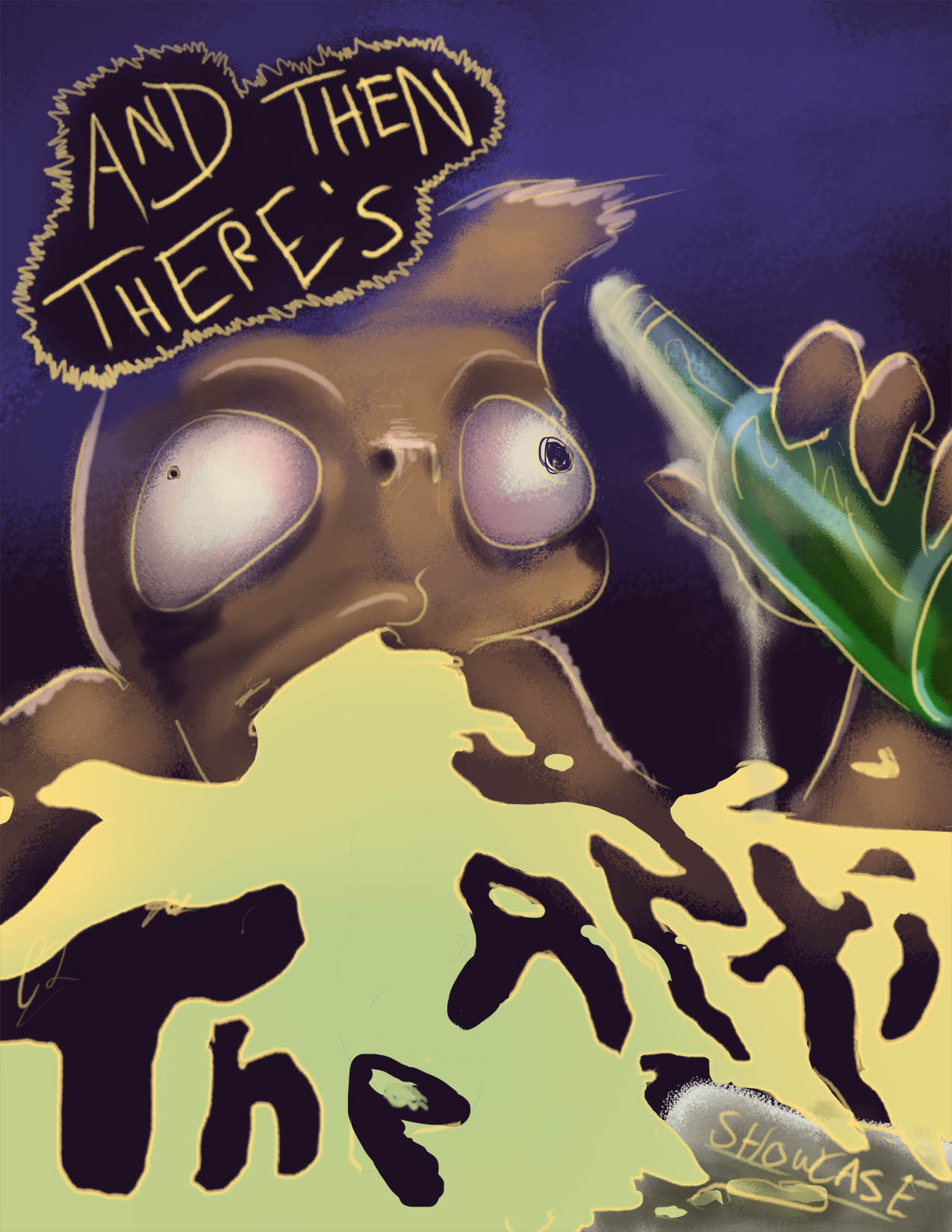 My college is having its Digital Media and Animation Showcase this Saturday, and some of the student work that was done in time for the showcase didn't get approved for it because it was too "vulgar" or otherwise just plain shit. Some student work was really great but wasn't finished until just after the due date and was rejected.

I'm going to be screening all that work anyway. The Anti-Showcase is going to be a "non-selection" of all the work I can legally get my hands on, be it raunchy, politically incorrect, or badly done. I'm gonna screen it immediately after the official showcase and project the films onto the wall of the auditorium building as unsuspecting parents, friends, and loved ones are stepping out into the evening air.

This is going to be glorious.

The shading (although a little messy) and composition are great, but the vomit itself looks a little off. It looks too '2D' and doesn't appear to be going any clear direction, which is a problem with the vomit is a big part of the piece. Perhaps some more three-dimensional shading would help this, along with a little more of a pained and drunken expression from the man's face to make it seem that he is currently and lively vomiting, that or at least have him bend forward a bit more to appear as though he is bending himself to aim the already exploding puke bomb. The words inside of it were a cool, creative touch, but again, didn't really fit well with the piece's existing style. Just a bit more improvement, and this piece could be a masterpiece.

KEEP UP THE GOOD WORK, FRIEND!

Thanks for the review dude!
I stuck the words in the vomit because that's the title of the event the poster is advertising, and I didn't want to put too much detail into the puke because I might lose what little readability the words have.
You're totally right about the lack of direction though, it seems to be just kind of coming out and not really PROJECTILING like it could be. I could have pushed the expression more too.
Good thoughts!