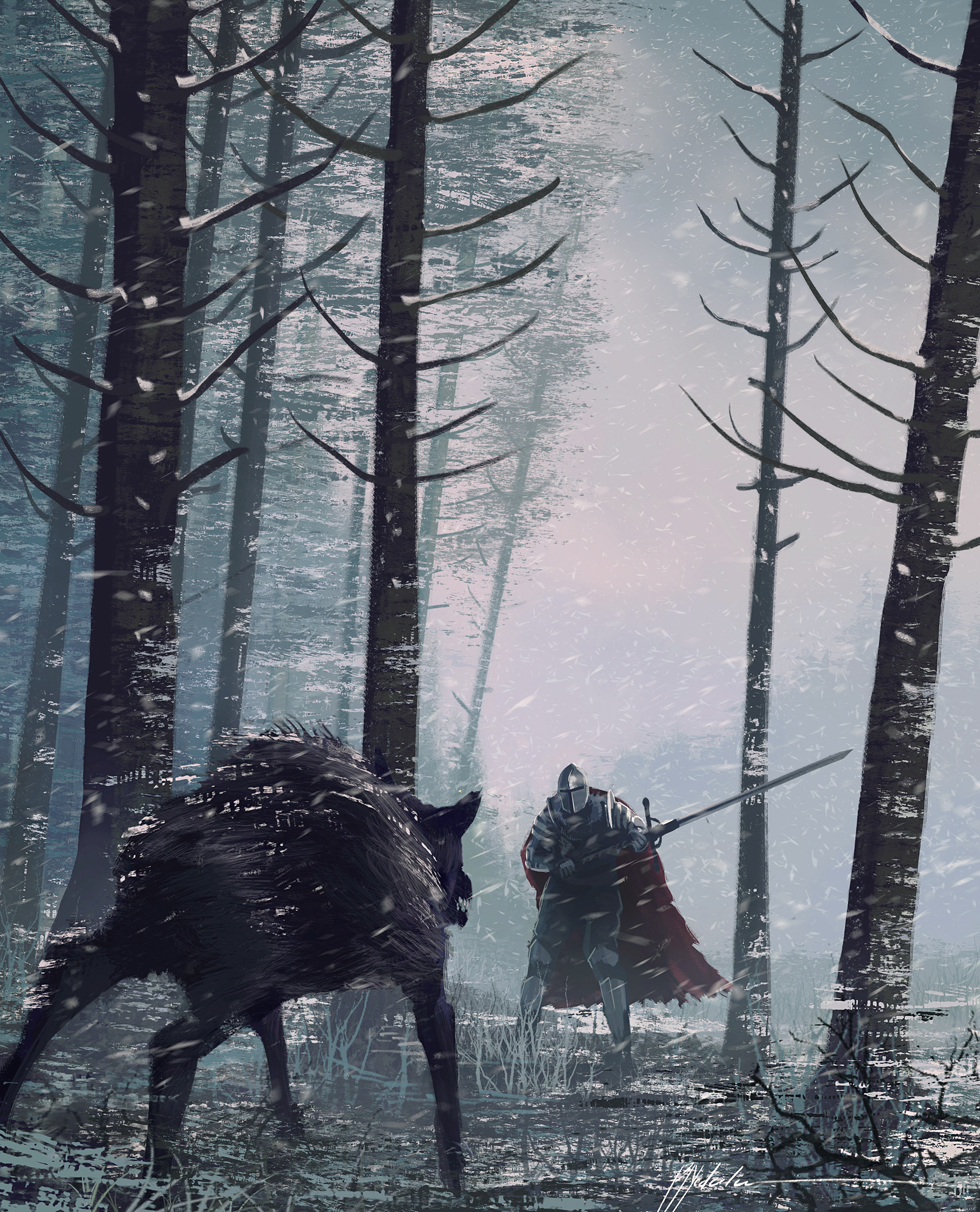 Cant get enough of this, these would make solid posters

It would be really cool to hunt wolves with medieval melee weaponry. Cool feeling of suspense in this captured moment.

I like the spadone. The proportions seem to be good. The hilt is long enough for such a large blade. However, the knight doesn't look like he's in a good position for a fight. His foot spacing is all right but his knees should be pointed outward instead of inward. It would also be better if he held a proper guard. With only minor alterations, you could make the sword blade go over his left shoulder instead of to the side, that way he's ready to strike his opponent or ward attacks.