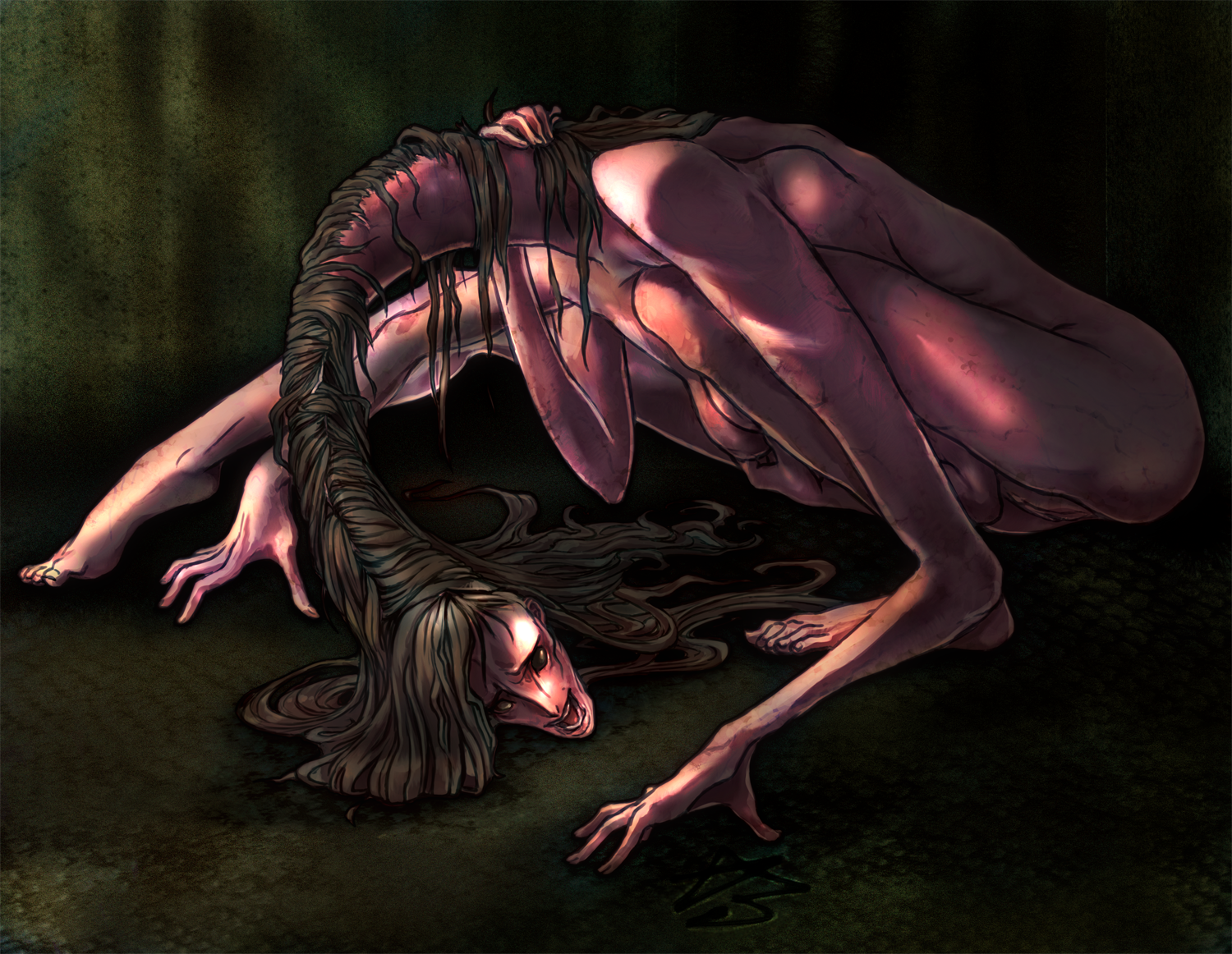 -probably- one of the worst 'feels'. sequel piece to Reckoner
**i just realized i deleted Reckoner**

i dont know why but it feels sad yet creepy :S

This is terrifying but at the same time, I pity it. It appears in so manor of pain or torment.

I love Yokai, is she a Yokai? she has to be a 3 armed Rokurokubi (ろくろ首, 轆轤首), right? i would love it if they were real, XD. If it's what I think t is, it's basically a normal human at day, but can elongate it's neck at night? I'm way into Japanese culture XD. if she is she'd be of the type that can elongate there neck, the other types head can come off and float around.

Also if she is one, she'd be called a Geisha, the other type is called Nukekubi. They are human, usually 2 armed. but three armed can be hot. They are classified as human/yokai, not a hybrid, just classified as both i guess. But most people are still afraid of them since they are yaokai, or in other words types of Japanese demons, some good, some bad, some nuetral. :)

she is a delicate flower.