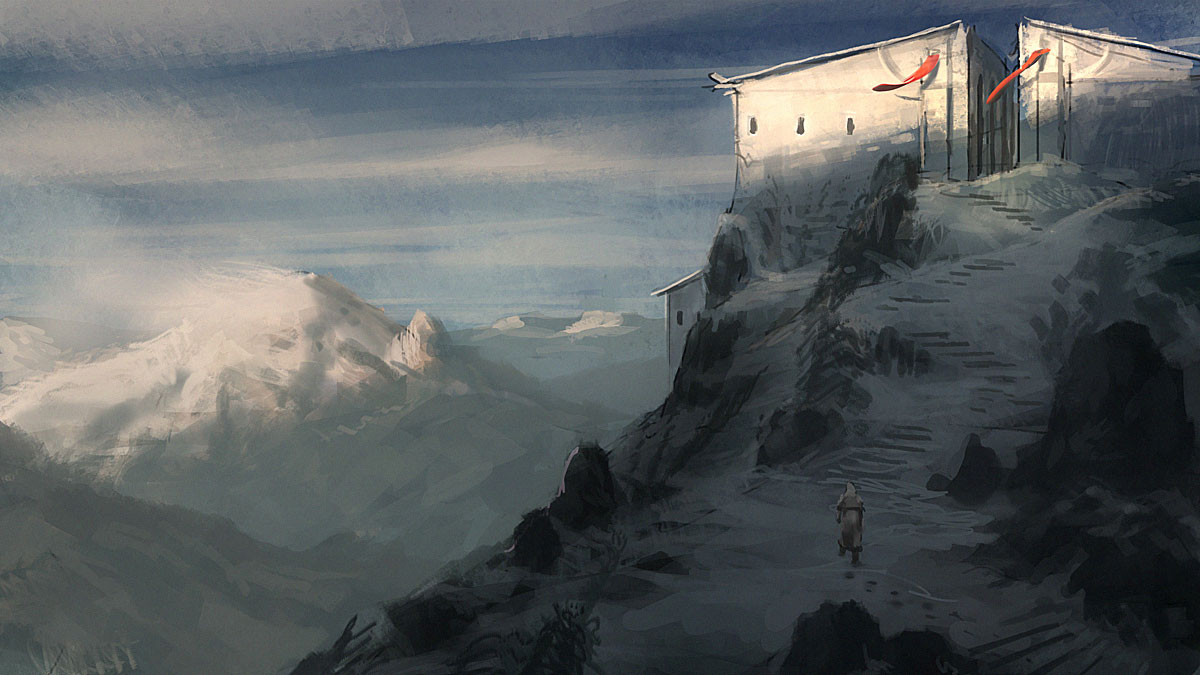 Another speedpainting.. haven't submitted in a while, wanted to put something.

This is a really well done picture, especially since its a speedpainting (it would take me a few hours to get this much done).
I don't know if you used a reference photo or if it was manually drawn up, but the tone of the image is set very well. I like the way only the tops of the mountains and the building are lit, and the addition of just one person works perfect to build a sense of scale.
If there were any critiques I could give of any kind, it would be that the rocks could have been more detailed (it's a speedpainting, so it's not a big deal), the shading on the top right building makes it seem like it's half transparent at first glance, and the windows on the left one would be at a very odd angle if you were actually there. They're perfectly level with the outer edge of the painting, but not the building itself.
Anyways, nice work. This picture has been the background on my Xbox for quite some time now.