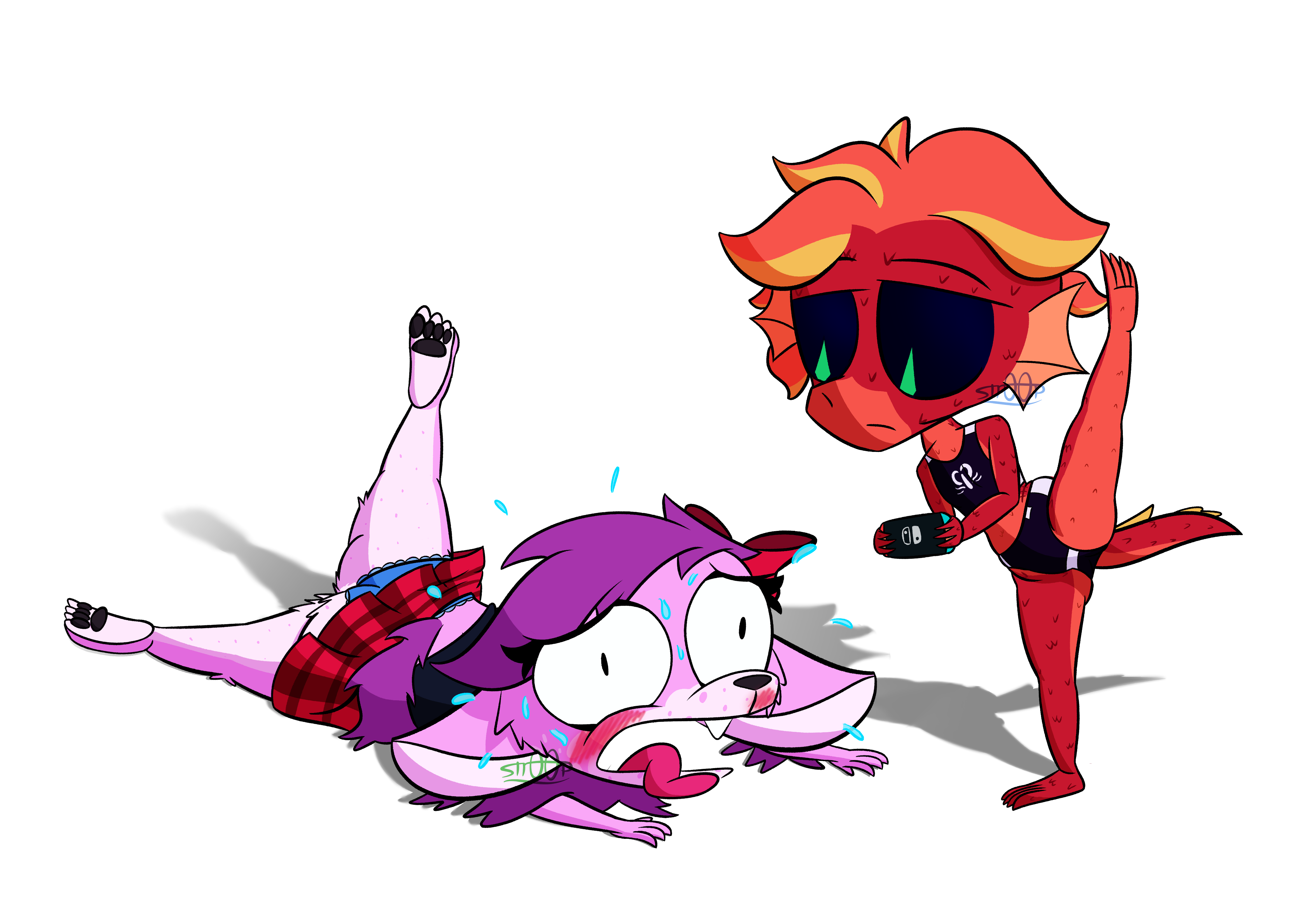 Anybody remember that meme from October? The vertical split/I-balance thing? Well I finally drew the idea I had two months ago. Never too late to look at girl's undersides tho right?

Not sure if anybody remembers the gal on the right but that's Marri, a sea monster-y person I drew last year. I spent most of my absence (between the video games and bouts of seasonal depression) trying to redesign her to look less boring. I think she looks nice (altho she'd look better in a proper refsheet, which I'll assemble eventually, maybe). I did this all at a snail's pace but I was too stubborn to start other projects in the meantime.