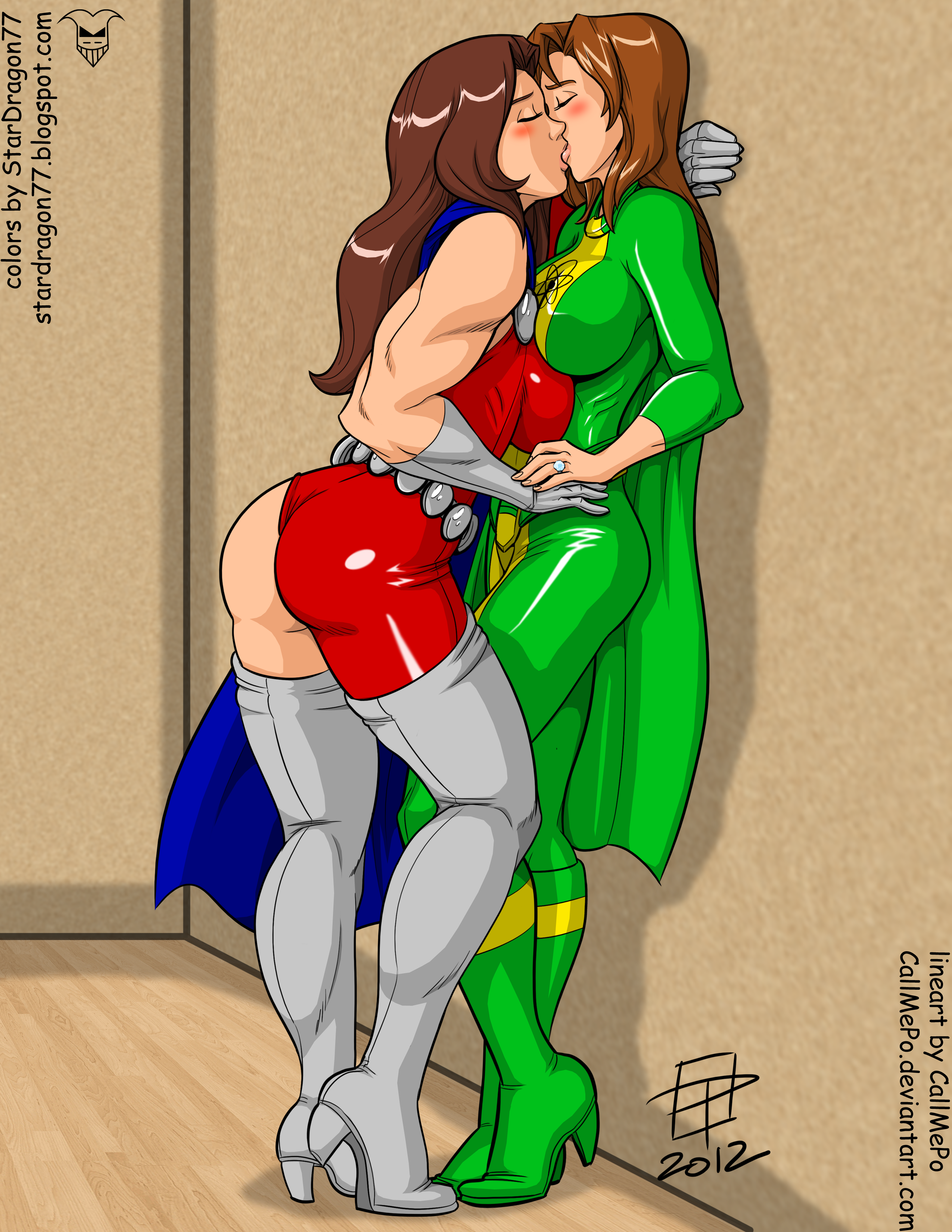 Recently, I had the pleasure of speaking with TexanJoe about a series of coloring commissions and he asked me to color a set of three pictures that involved a pair of characters he created: Andromeda and Neutrino Bombshell.

For this one, it is the coloring of this picture:  Irresistible Part 01 Lineart

I said I would and after receiving the high resolution versions of the pictures, I went straight to work on them. It took a little research into his gallery to see about the color scheme of both women, namely the hair color and the color of their outfits. The one part that was the trickier aspect was that they both had brown hair but in different shades so it took some time to match the shades in comparison to the colored versions in his gallery. Eventually, I picked a set of colors and thinking that they could be changed pretty easily with just a paintbrush tool and locking the layers in photoshop.

The aspect that was harder was the aspect of this being a “couples picture” essentially two people being very close to each other. What makes that tricky is how there are the overlapping areas such as one hand on top of another or under another. So when doing that you have to decide which character’s layer set is going to be underneath whose. After overcoming that hurdle the rest is easy.

Note: All character(s) depicted here are 18 years of age or older.