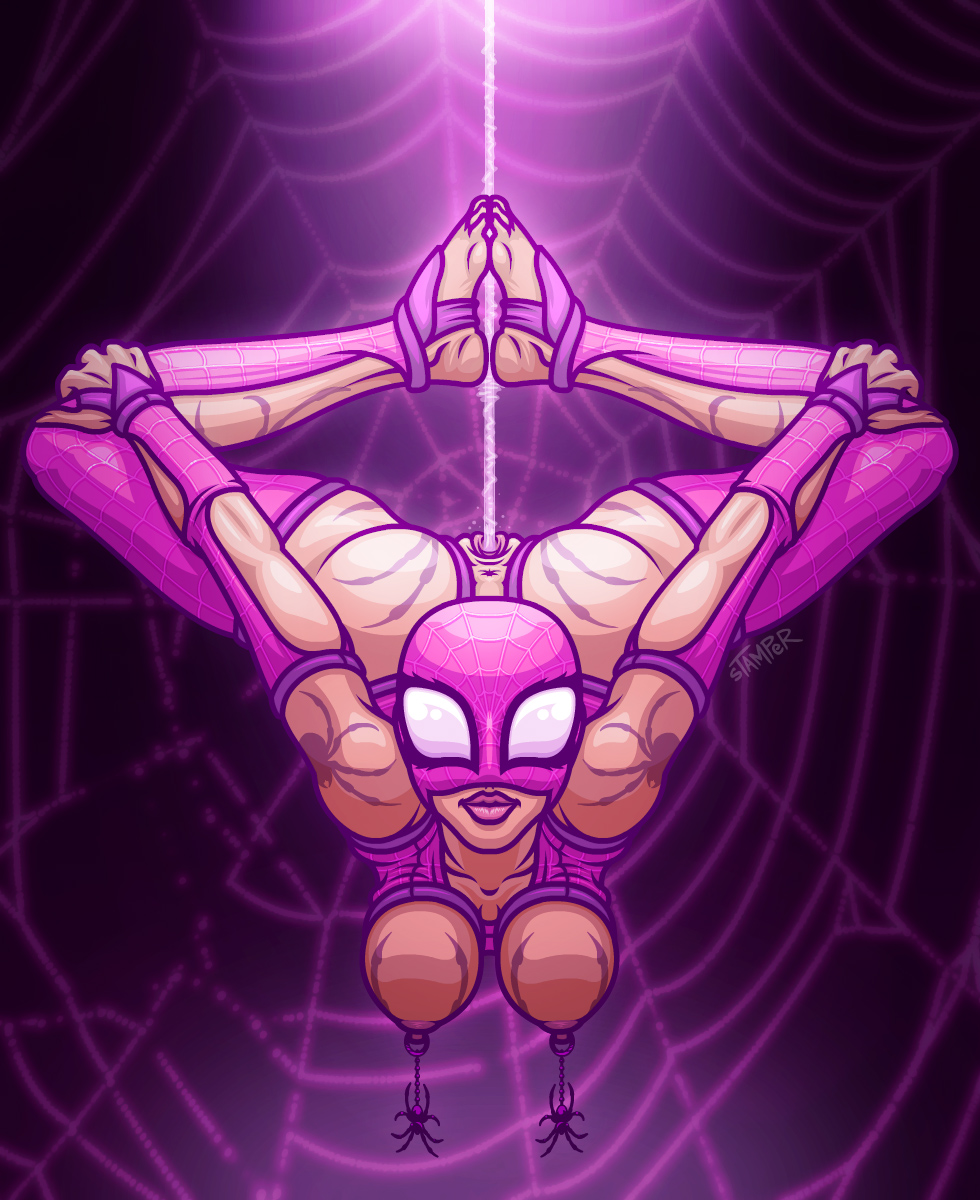 I don't so much mind spiders. Spiders are welcome in my home so long as they respect the universal 'you don't fuck with me, I don't fuck with you' rule. At times I even believe we've truly reached a common understanding. I actually find myself talking to them sometimes, you know, laying out the ground rules - which is completely stupid of me, I know. Not because they're spiders, rather because I speak to them like children and they probably feel insulted. One might sneak down off the wall in the dark shroud of night and bite my little peepee, then go back to her web and play stupid the next day when I'm questioning her about it with a boot in one hand and my spiderbite dick in the other.

But nah, spiders can chill at my place if they want. Well, so long as they're small...ish. Small as in - you can't look into their soulless black eyes as they're seemingly peering back into yours. If you can clearly make out the features on a spiders face from a couple feet away, you should probably get rid of it. And get rid of any spider with an ass bubble fatter than a breaker marble. Those are the worst kinds. You know, those nearly clear sorts with the fat asses and bold colors that amble around real clumsily because their huge backsides seem way too heavy to support, even with 8 legs? 8 semi-transparent legs that appear to be growing 'hair', but they're more like rose thorns? Yeah, those little faggots. FUCK them. I will bash a marble ass into paste while his hideous family watches and cries, and the lady spider is all covering her kid's eyes...then I'll put my women and children rule aside and bash the fuck out of them, too. Starting with the kids, so mom has to watch. Talking cold blooded ICE PLANET shit.

BUT I guess you really can't judge everything based on visuals. I mean, for all I know, 'balut' could be delicious. I guess the fat-assed spiders are more or less showboaters - they know the world fears them, as they LOOK dangerous and vicious. They LOOK like mean little balls of teeth, poison, and rage. I'm onto their bullshit now, though.

I mean the baddest motherfuckers aint gotta put on a show. Well...in terms of visuals, the northern black widow kinda fits the show-off description, but it's a fairly dangerous little bitch. They keep to themselves though, and you'll probably never see one in real life. I haven't. And they aren't so much hideous and disturbing...although clearly dangerous, they're actually kinda pretty and neat. But the fiddleback looks boring as shit - and he's like, Prince Dick of Spider Kingdom. I mean, they're night hunters and their bites rot the skin off your bones, then they do dick shit like sleep in your shoes and clothes, then you go to put a shirt on and it bites you in the titties and puts you in the hospital. Fuck them. And again, they don't really look intimidating, really...just kinda...I dunno looks like the failure brother of a tarantula or something. Like a Rally Sport Camaro sitting next to a real one. Thankfully those goons keep to the midwest, though - so I don't gotta worry too much anymore, but some of ya'll might wanna knock out your shoes out in the morning.

And I mean a Brazilian wandering spider will straight up murder your ass. I mean he's got rock solid balls, and he's always out just murdering someone, no joke. Although...I guess he DOES look pretty fucking scary, so nevermind my theory. Actually no, fuck that - I'm tired of little bitch spiders pretending to be tough. And if there's any reading this right now, you come see me and we'll talk. Well, you'll talk. To the heel of my Doc Marten.

Off/on topic - does anyone remember a movie about a voodoo guy who tainted this woman's foundation (as in makeup) and after she used it, developed a bump on her cheek that continued getting bigger, until it split open one day and...like...spiders poured out and crawled all on her face and shit? It mighta been in one of them montage horror movies or something. But man, that shit was crazy like Daisy. (Sour cream, crazy low in saturated fat, n***a.)

not even my essay are so FREAKING long

on this episode on how its made. halloween decorations