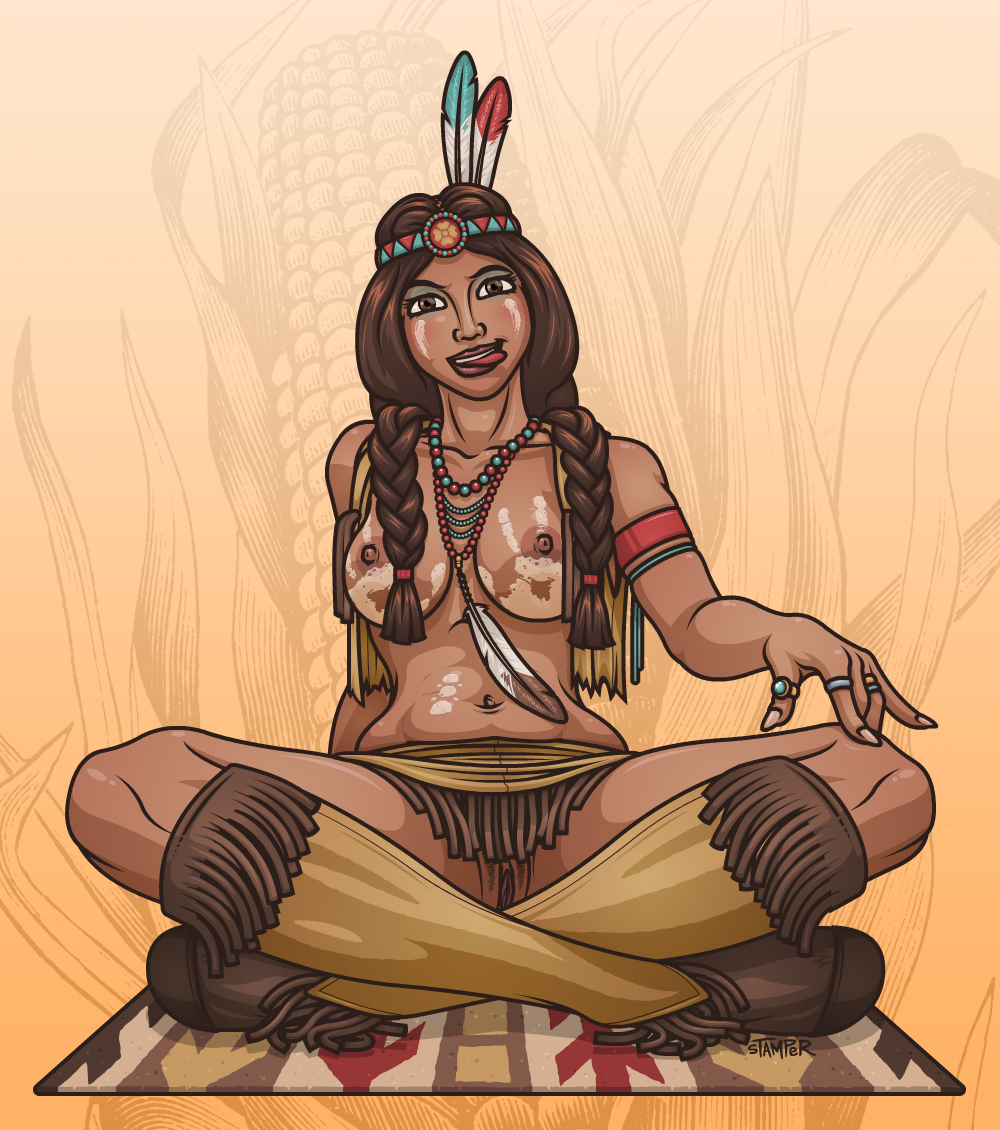 An older Redskin gentleman came to my school when I was just a little Stamp, and everyone had to assemble in the auditorium to listen to his long, painful presentation on Native Ameredskin history. If I remember right, his Navajo name was BORES KIDS HARD...seriously, think of the longest, most NEVER-ENDINGLY-BORING movie you've ever seen ("Australia" is a good candidate here), then triple the pain. Then double that, then add a side-order of WHO CARES with a sprinkle of YAWN, then garnish that with a sprig of SERIOUSLY, NOBODY GIVES A TINY PINK RAT DICK ABOUT INDIAN CULTURE.

Well...Indians do. Scratch that, SOME Indians do. Reboot, some Indians over 60 do.

But yeah, somebody thought it'd be a great idea to get this guy up on stage to spend the afternoon drilling Injun history and culture into our tiny brains, as if we were old enough to soak it all in, sip tea, and appreciate it. See, despite what some dumbshit adults think, kids aren't sparkly-eyed balls of wonderment who constantly desire to learn everything they can about other cultures and ways of life. Kids don't even care about their own culture, so why assume they'd care about anybody elses? I didn't care about culture or history then, OR now. Even nowadays I'm all like, PSH who the fuck is Abraham Lincoln? Bitch look Abe Lincoln can suck my dick and fall the fuck off my pennies for all I care, then I'd happily visit the tombstone of Christopher Columbus and totally shrug like "yeah whatever", and rub my wiener all over the Nina and Pinta and leave greasy Burger King trash all over Santa's Maria, then go peepee all up in a teepee cause THE SHIT BORES EVERYONE TO DEATH AND NOBODY CARES. ESPECIALLY KIDS.

Look, I liked tacos as a kid, but I didn't want a speech on Mexican history when the most any kid my age was concerned with was beating Batman on Nintendo and eating candy. That was just me though, right? I mean, sure - lets take this Pepsi generation of kids, enamored with comic books, action figures, and video games, then sit em' down in front of some dusty old guy to hear some WICKED XTREME stories about corn and bison, with a breathtaking encore about maize and buffalo. And of course, this was a modern-day Indian (wearing feathers, sure, but like, Levi's jeans, busted Reeboks and a digital watch), so obviously it's gonna be a straight up history lesson, and he couldn't have any cool Indian stories about, like, riding horseback alongside his warrior n***az in wicked scary facepaint, fighting other tribes with tomahawks and shit, scalping white men and...I dunno, you know, like, radical Indian shit like banging nasty hot Indian girls and lighting shit on fire. This dude fuckin lives in an apartment with a subscription to basic cable, Pizza Hut on speed dial 1, and Domino's on speed dial 2 (in case he's feeling adventurous). In other words, it was just...some guy...talking about Indians.

The only thing I clearly remember from that boreshit presentation is how hard he kept stressing the drum thing, and how popular media has had it wrong for years. Apparently, the one we're all familiar with is an insulting stereotype. Lemme explain. Any movie that revolves around Injuns (Dances with Wolves, for example) generally has a sequence (terrible movie BTW) where red savages (okay it was pretty good, shut up) are dancing around a fire beating on drums, generally like so: BUM-bumbumbum, BUM-bumbumbum - you know the one. So this guy (in his jeans) was constantly stressing (with watery eyes) how wrong and insulting it was to his people (in his Reeboks), and that TRUE Whitescalpers drummed like: BUM, BUM, BUM, BUM, BUM. He said the drumming was supposed to be the heartbeat of mother Earth. Granted, - I found that enlightening and added it to my bandolier of useless facts to fire out at the dinner table that me and my family never ate at, but it hardly helped this Red's case. Basically what I heard was, you know that cool drum pattern we're popular for? The one that almost makes a n***a wanna get down on a remix? YEAH, IT'S MORE BORING THAN THAT.

They do have REALLY nice bodies, I've checked them out before.. and it was beautiful!