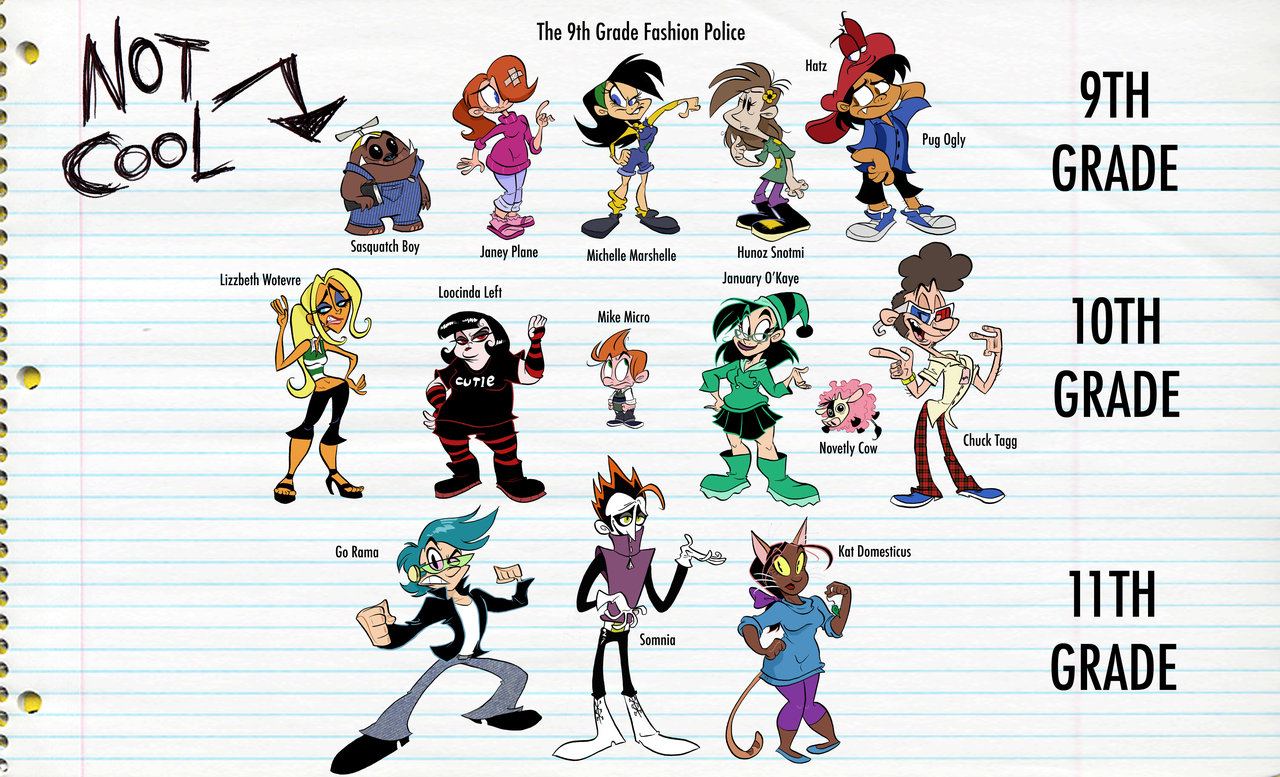 I pitch a lot of cartoons. I've never actually pitched this one because there aren't many places you could pitch an absurdist teen drama parody.

If I were a network, studio, with millions of dollars, I would probably pick up a show similar to this. This is something that no show at the time (such as Doug) could pick up, in illustrative and fantastic over the top characters for a good twenty-something minute romp through an alt-universe of teenagers going through what they would call mundane but drama filled parody's.

In other words, the concept designs alone are enough to make me interested in seeing this come alive and work.

Well no ofense spookycube but you're art work show's great skill but I personaly HATE it no offense to you I just don't realy like it.

None taken. Thanks for the completely non-constructive criticism and mysterious 10 score.

You should pitch this.

Interesting characters, though more of them would be nice.