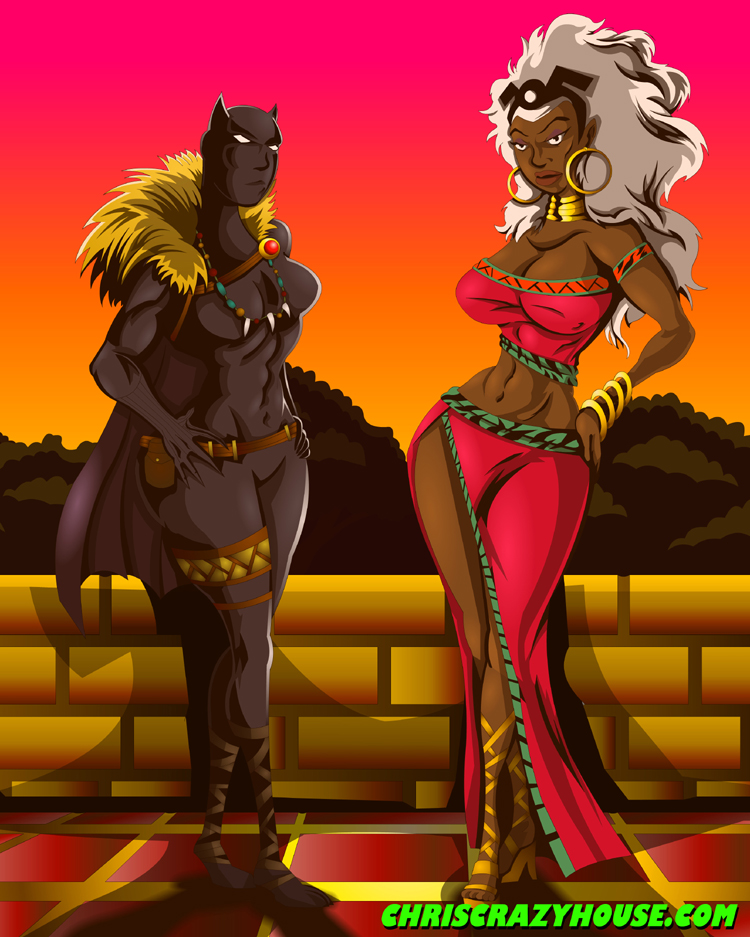 This is a digital painting of Storm and T'Challa's sister, Shuri, who has assumed the role of the Black Panther.

~~SUGGESTED IDEAS~~
No changes with this one

I had no idea that T'Challa's sister had taken on the mantle of the Black Panther. At first, I thought it was an attempt to make a Rule 63 version of the Black Panther. I guess those things have already been done in canon. I was wondering why he looked like he had boobs. I think the weakest part of this is probably Storm's face. She just looks a bit too grim.

What really works are the wide variety of colors you used, especially with Storm's outfit. Even the scenery is very nice and colorful. I assume they're supposed to be in Wakanda. I didn't even know that you read comic books. The thighs are as big as ever.

....body looks amazing. But the face doesn't have much feel to it.

Also I find that Black Panther looks a little awkward.

I agree with you on the face of Storm. I might revise that.

As far as the Black Panther, I used real models for the poses, so what you see is how the girls were standing